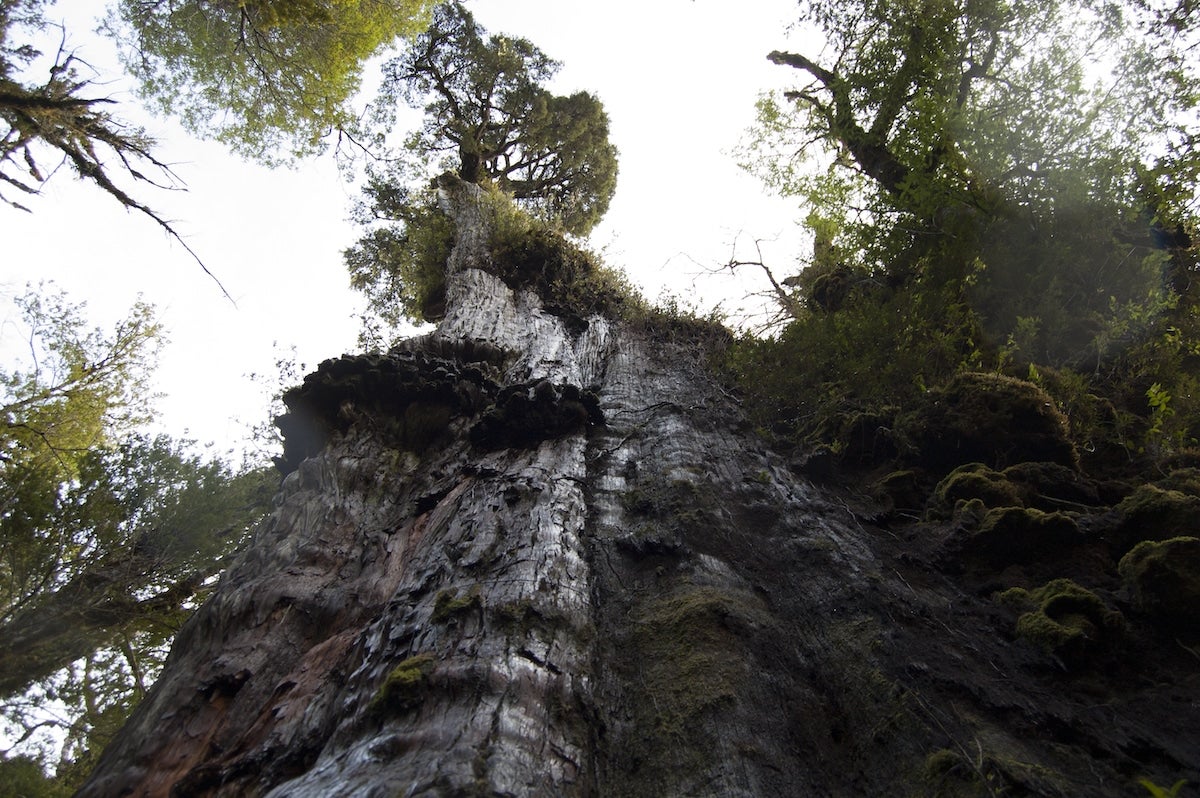 What is the oldest tree in the world?

Up until recently, the record-holder was the “Methuselah” bristlecone pine in California’s White Mountains, which has been dated as 4,852 years old, according to the Guinness Book of World Records. However, a contender from another hemisphere is coming for its crown: an alerce (Fitzroya cupressoides) in Chile known as the Gran Abuelo or great-grandfather tree.

The alerce, also known as a Patagonian cypress according to National Geographic, is a species of tree native to Chile and Argentina with a reputation for being the second longest-lived species of tree after the bristlecone pine. This specimen in particular is located in a ravine in Chile’s Alerce Costero National Park and is more than four meters (approximately 13 feet) wide, Science reported. It also stretches 196 feet into the air, according to Live Science.

Barichivich used a unique method to determine the tree’s age, Science reported. First, he used an increment borer to extract a sample of the wood without harming the tree and counted around 2,400 rings. Then, because the sample did not reach the tree’s center, he used models to estimate the tree’s age.

The result? The tree was likely 5,484 years old and had an 80 percent chance of being more than 5,000 years old, surpassing Methusala.

“It was astonishing,” Barichivich told Science.

The method also determined a range of ages, according to Live Science. The tree could not be older than 6,000 years or younger than 4,100 years old.

“Even if the tree was a very fast grower, for all that size, it cannot be younger than that,” Barichivich told Live Science.

Barichivich has presented his findings at conferences, but they have not been peer reviewed yet, according to National Geographic. So far, they have received mixed reactions from the scientific community.

“I fully trust the analysis that Jonathan has made,” ETH Zürich dendrochronologist Harald Bugmann told Science. “It sounds like a very smart approach.”

“The ONLY way to truly determine the age of a tree is by dendrochronologically counting the rings and that requires ALL rings being present or accounted for,” Cook told Science.

Rocky Mountain Tree Ring Research founder Peter Brown told National Geographic that the approach was too new to assess prior to peer review and its conclusion too surprising.

What is clear is that the tree is at risk from both tourism and the climate crisis, which could dry out the region and make it harder for the tree to access water. A second tree growing out of the alerce is dying, according to Live Science. Further, the platform surrounding the tree is crushing its roots. Barichivich advised that the walkway be moved farther from the tree and that the tree itself be shielded in netting ten feet high.

“People are killing it,” Barichivich told Science of the tree. “It requires our protection urgently.”