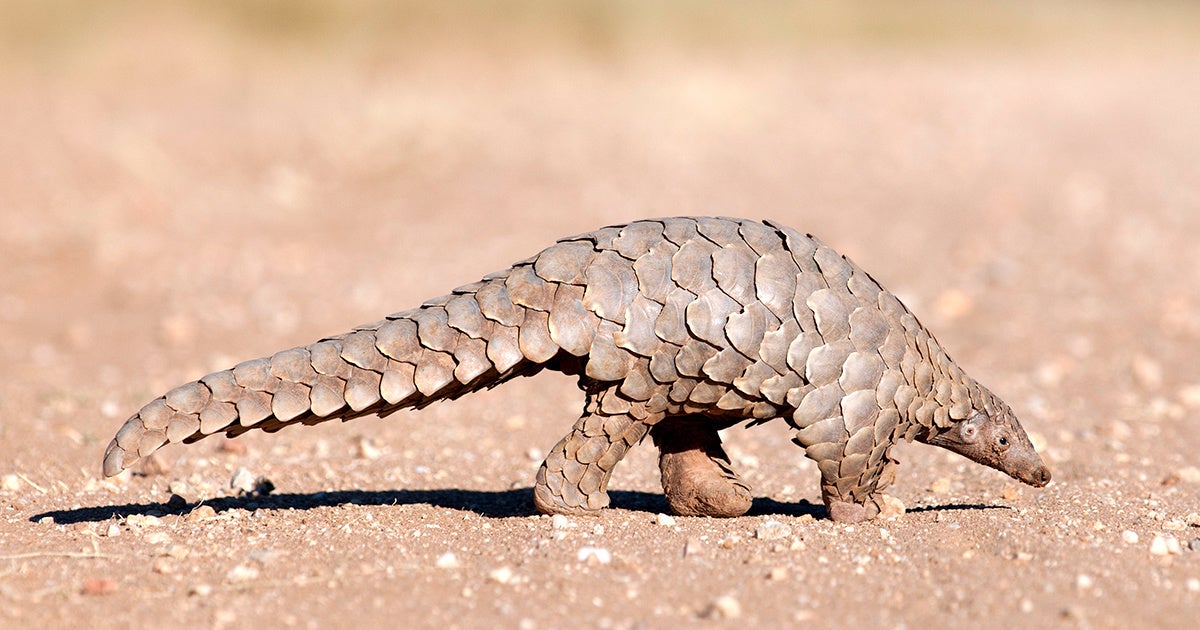 Pangolins, a type of scaly anteater considered the world’s most trafficked wild mammal, have lost more than 50 percent of their range in eastern China, according to a study published Wednesday in Proceedings of the Royal Society B.

Researchers from Beijing Forestry University, the Zoological Society of London and Imperial College, London focused on Chinese pangolins (Manis pentadactyla), which the International Union for Conservation of Nature (IUCN) Red List of Threatened Species lists as a critically endangered species, and found that their range had shrunk by 52.2 percent in eastern China between 1970 and 2016.

There are eight species of pangolins in Africa and Asia and they are hunted on both continents for food and for their unique scales, which are used in medicines, according to BBC News.

The Chinese pangolin can be found from Nepal’s Himalayan foothills, then south through southern China to Taiwan and Hong Kong.

In response to their findings, the scientists urged the Chinese government to step up their conservation efforts of the mammals.

“Pangolins have been listed in the list of China’s state key protected wild animals as level II,” study authors Li Yang, Xiaofeng Luan and Minhao Chen of Beijing Forestry University told BBC News. “According to our research and previous research, we suggest that [the] protection level should change into level I.”

While the animals roamed more than 30.41 percent of eastern China in the 1970s, by the 2000s their range had shrunken to mountainous areas, especially the Wuyi Mountains.

The researchers also assessed the relative influence of climate change and human encroachment or poaching on the changes in range and found that direct human actions like poaching were responsible for its dramatic shrinking, according to Phys.org.

In fact, the researchers found that as the pangolin’s range declined, their preferred habitats also increased in elevation, suggesting that they were fleeing the development of roads at lower altitudes that made it easier for humans to transport captured animals.

The researchers also made recommendations for how governments and communities could protect the animals on a local and regional level.

They noted that only 5.62 percent of the 51,268.4 square kilometers (approximately 19,794.8 square miles) that their research determined was the primary conservation area for pangolins was covered by existing reserves.