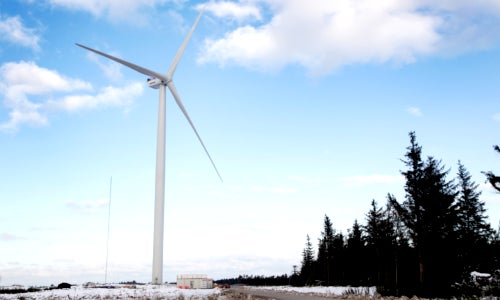 On Tuesday the world’s largest and most powerful wind turbine swung into gear at the Danish National Test Center for Large Wind Turbines in Osterild, Denmark.

The prototype V164-8.0 MW wind turbine is 720 feet tall, has 260-foot blades and can generate 8 megawatts (MW) of power—enough to supply electricity for 7,500 average European households or about 3,000 American households. 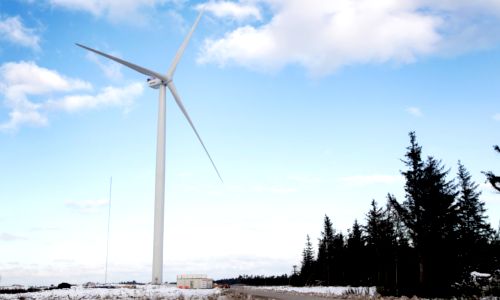 A joint venture between Vestas and Mitsubishi Heavy Industries, the turbine is slated to go into production next year and was designed to take advantage of the growing offshore wind industry across Europe.

“We have now completed the production, testing, and installation of the V164-8.0 MW as planned, thanks to the team’s intense effort during a time when Vestas has reduced its investments and lowered fixed costs,” said Anders Vedel, chief technology officer for Vestas. “We now look forward to evaluating the turbine’s performance on site.” 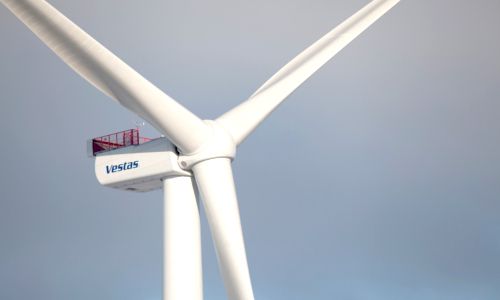 Britain has the most installed offshore wind capacity with 3.68 gigawatts (GW), while Denmark is a distant second with 1.27 GW.

Vestas is Europe’s second leading wind turbine manufacturer, after Siemens, a German company. As of last year, Vestas had installed 27 percent of Europe’s offshore wind turbines, or 547, compared to Siemens’ 1,249, or 60 percent.