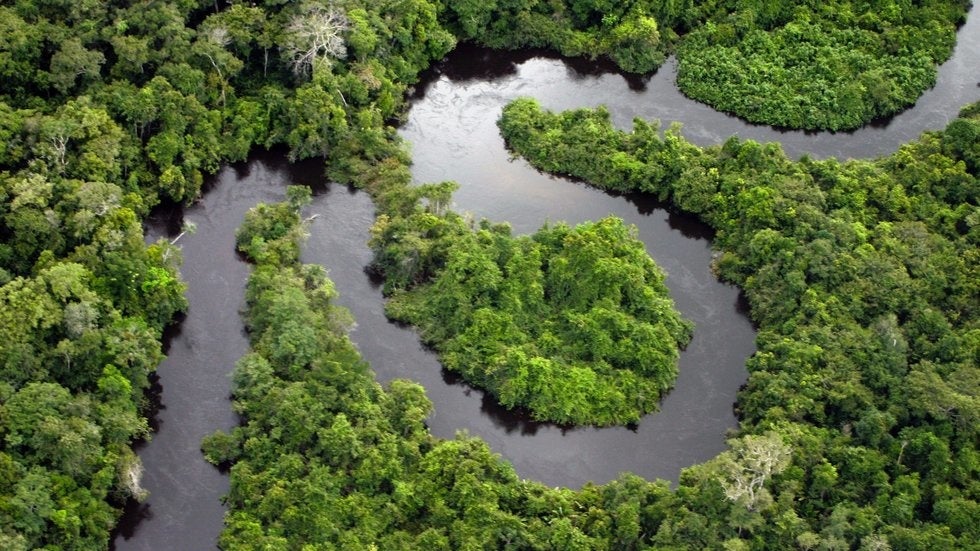 This image is of a remote area in the Brazilian Amazon, the Teles Pires River. LeoFFreitas / Moment / Getty Images

There is so much biodiversity in the Amazon rainforest that scientists identify a new plant or animal species there on average every other day.

Their latest discovery is particularly shocking. What scientists thought was one species of electric eel is actually three, and one of the newly identified species can deliver the strongest electric shock of any known animal, the Smithsonian reported.

“These fish grow to be seven to eight feet long. They’re really conspicuous,” study leader and Smithsonian National Museum of Natural History research associate C. David de Santana said in a press release. “If you can discover a new eight-foot-long fish after 250 years of scientific exploration, can you imagine what remains to be discovered in that region?”

“If you can discover a new eight-foot-long fish after 250 years of scientific exploration, can you imagine what remains to be discovered in that region?” – @Davidefishes, @NMNH Research Associate pic.twitter.com/J0suzM1nhO

The study, published in Nature Communications Tuesday, was based on 107 fish samples taken from the Amazon region between 2014 and 2017, The New York Times reported. (Electric eels, despite their name, actually belong to the knifefish family). The scientists then compared the specimens’ morphology, DNA and electric voltage.

The result? The previously known Electrophorus electricus was not the only species of electric eel. There was also Electrophorus varii and Electrophorus voltai. The three species have slightly different skull shapes, pectoral fins and pore arrangements, according to the Smithsonian.

What’s more, Electrophorus voltai can deliver a charge of 860 volts. The highest charge previously recorded from an electric eel was 650 volts, four times that of an average U.S. wall socket, The New York Times explained.

The study also documented how the species Electrophorus voltaic generates the most powerful, biologically produced electric shock: 860 Volts! Electric eels—which are actually fish—send electricity pulsing through the water to stun their prey. pic.twitter.com/sTw1hI9suO

The fish use their electricity to find other fish, disrupt the currents of other fish and paralyze prey. But humans have been able to study their current for our own uses. Electric eels inspired the design of the first battery, and Electrophorus voltai is now named for its inventor, Alessandro Volta.

De Santana said he thought a detailed comparison of the three species might inspire new innovations.

“The interest in these fish goes beyond biodiversity,” de Santana told The New York Times. “They could inspire new technology. They’re one of the few fish in the world that really carry magic.”

The discovery comes as concern is growing over the future of the Amazon, after the Brazilian space agency detected a record number of fires burning in the forest this summer. An in-depth investigation published by The Guardian Monday revealed that the right-wing government of Brazilian President Jair Bolsonaro has ushered in a new era of rainforest destruction, despite claims from his government that the fires are under control.

“It is chaos. Chaos, chaos, chaos,” an anonymous official from Brazil’s environmental agency, Ibama, told The Guardian. “If we go on like this, things will get worse and worse.”

If more forest is destroyed, it could rob humanity of more discoveries like Electrophorus voltai. A 2017 study found that several of 381 new species discovered in the Amazon between 2014 and 2015 were already listed as threatened or endangered by the International Union for the Conservation of Nature.

For de Santana, his discovery “indicates that an enormous amount of species are waiting to be discovered in the Amazon rainforest, many of which may harbour cures for diseases or inspire technological innovations,” he told AFP.