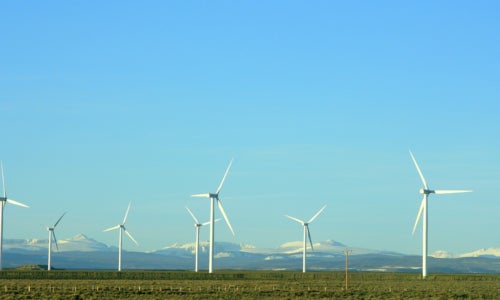 How are investors, businesses and governments doing on the road to the Clean Trillion goal of $1 trillion per year invested in clean energy? Here are my thoughts on the progress and challenges we’ve seen recently. 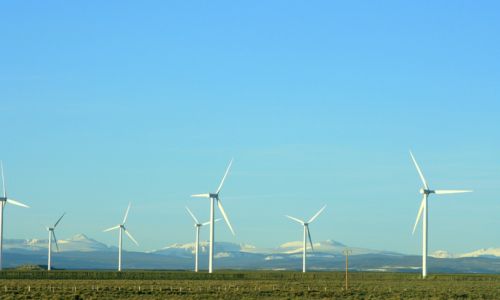 March was a great month for the journey to a ‘clean trillion,’ sparked by an upcoming investment from the world’s largest wealth fund. Photo credit: daBinsi/Flickr Creative Commons

It’s not just the largest investors in the world that are investing in clean energy—businesses are ramping up investments too. Bloomberg reported that Google has invested more than $1.4 billion in clean energy since 2010, including almost $400 million in 2013 alone. On March 19, in a sign of the rapidly growing green bond market, Unilever issued a $415 million bond earmarked for reducing waste, water use and greenhouse-gas emissions.

Utilities are acting, too. In Texas, Austin Energy signed a 25-year agreement for solar power at below five cents per kilowatt-hour, a new record low. These company commitments are important in setting precedents for other businesses and showing that investing in clean energy has moved from “niche” to “mainstream.”

While the cost of solar is down, stocks are up: the 32 stocks in HSBC’s global solar index gained 65 percent in value for calendar year 2013 and the index is up 23 percent in the first few months of 2014.

Governments took positive steps last month, too. The European Union and U.S. issued a joint statement on March 26 that reaffirmed strong determination to work towards the adoption in Paris in 2015 of a global agreement on climate change with the “goal of limiting the global temperature increase to below 2 degrees Celsius …” The EU and U.S. agreed to continue “phasing out fossil fuel subsidies … promoting sustainable energy, energy efficiency and renewable energy, fighting deforestation and mobilizing private and public finance” among other measures.

March began with the fossil fuel industry and its allies in Congress continuing their campaign to stop the Environmental Protection Agency (EPA) from setting limits on carbon pollution from electric power plants. Given that climate change legislation is not likely to pass Congress in the next two years, EPA limits are critical in reducing U.S. greenhouse gas emissions and accelerating the transition to a clean energy economy. The U.S. House of Representatives voted on March 6 to block a proposed EPA rule limiting carbon emissions from future coal-fired electricity plants. The bill is not expected to pass the Senate, and President Obama has threatened to veto.

March also marked the anniversary of the 1989 Exxon Valdez oil spill. In reflecting on the past 25 years since the spill, what is most exasperating is that the world has made so little progress in reducing our reliance on oil and other fossil fuels.

Today’s share of fossil fuels in the global energy mix, at 82 percent, is the same as it was 25 years ago, according to the International Energy Agency. We need “stronger steps toward a cleaner, fossil fuel free future,” Ceres President Mindy Lubber wrote in a recent blog.

“We cannot afford another 25 years of incrementalism and dawdling.”

Ceres supported the Clean Trillion movement by focusing investor and business leaders on the risks of fossil fuels and the opportunities of the clean energy future. A few highlights:

First, ExxonMobil has committed to disclose the risks to its business model of factors such as declining oil demand, the growth of renewables and future limits on carbon emissions. Coal giant Peabody Energy has also agreed to issue a similar report. These agreements are a direct result of the Carbon Asset Risk initiative, coordinated by Ceres and Carbon Tracker, mobilizing $3 trillion worth of investors to challenge 45 of the world’s largest oil and gas companies to prepare for the low-carbon future.

Want to hear what investors, businesses, labor leaders and clean energy investment experts have to say about the Clean Trillion? Watch the brief video:

My Ceres colleagues and I welcome your thoughts and questions on Clean Trillion. Please feel free to connect with me at fox@ceres.org or on Twitter, @ChristopherNFox.