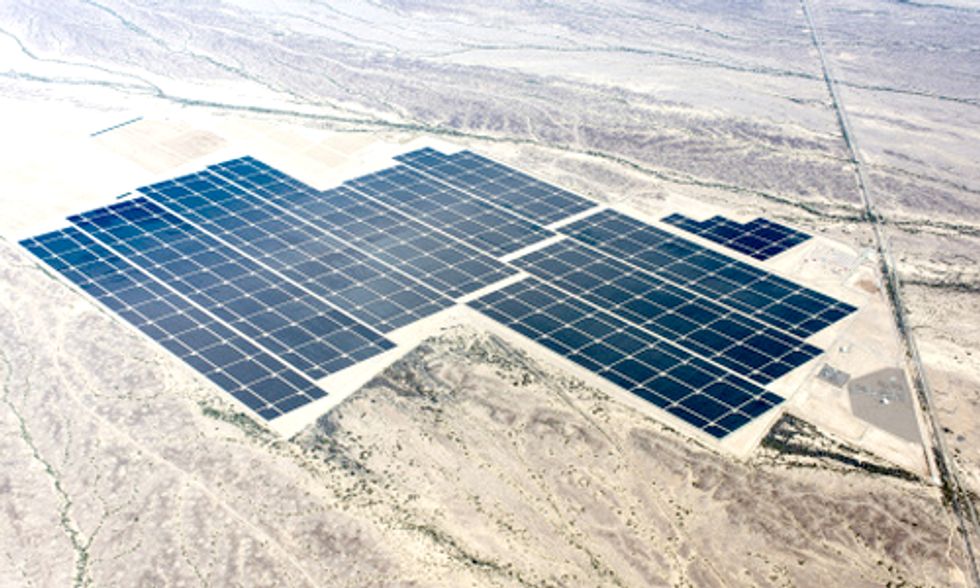 Located on 2,400 acres of land between Yuma and Phoenix, AZ, Agua Caliente is now operational as the world's largest PV solar facility in the world. The 290-megawatt (MW) project uses solar energy to avoid the annual emission of about 324,000 tons of carbon dioxide into the atmosphere—equivalent to taking nearly 70,000 cars off the road.

FirstSolar designed and constructed the project using advanced thin-film PV modules and will operate and maintain the facility for NRG and MidAmerican Solar. Peter W. Davidson, executive director of the Loan Programs Office (LPO) said the energy companies received a $967 million loan guarantee for Agua Caliente. In a blog post for the U.S. Department of Energy, Davidson displayed pride in aiding clean energy.

"Despite the strong and consistent public demand for greater development of solar energy, these achievements seemed more aspirational than attainable in 2009, given the state of financial markets at the time," Davidson wrote. "However, with the help of loan guarantees, these projects were able to move forward.

"We aren’t done yet. By the end of next year, we expect all five solar PV plants in our portfolio to be completed with a combined capacity of 1,510 MW—enough to power more than a quarter million average American homes."

Agua Caliente is the largest of 10 operational utility-scale solar PV facilities in three states that NRG has an ownership interest in. By this time next year, it may no longer be the largest PV plant, as work continues on another MidAmerican project, the 550 MW Topaz Solar Farm in San Luis Obispo County, CA.

“In 2012, our company made a commitment to invest in its first utility-scale solar project to foster economic development while demonstrating our commitment to the environment,” said Richard Weech, chief financial officer of MidAmerican Renewables.

“It is exciting to see this project become fully operational and begin to realize the full benefit of emissions savings with the clean energy generated at Agua Caliente.”