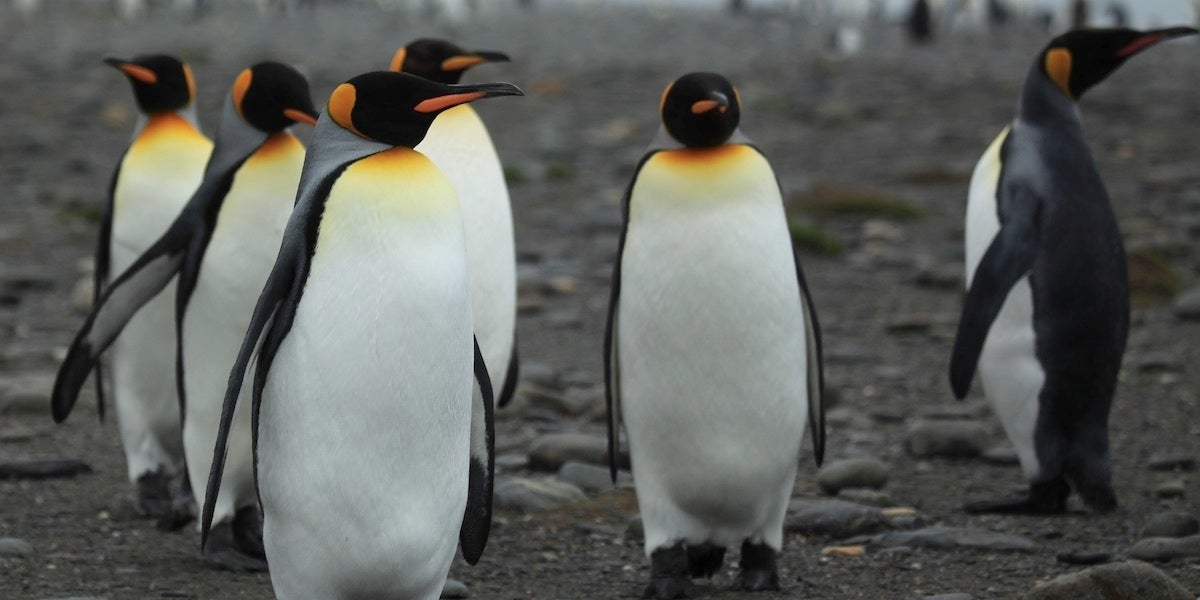 The colony inhabits France’s subantarctic Île aux Cochons or Pig Island. Observations from the 1980s showed that it was once home to 2 million king penguins, making it the planet’s largest colony of the species, and also the second largest colony of all penguins.

However, new
satellite images and aerial photographs taken from a helicopter show that the colony’s breeding grounds have been overrun by vegetation, according to a paper published in the journal Antarctic Science.

The researchers estimates that the total king penguin population has shrunk by 88 percent over the past 35 years, with barely 200,000 animals left on the island.

There is no definitive explanation for the massive decline.

“It is completely unexpected, and particularly significant since this colony represented nearly one third of the king penguins in the world,” lead author Henri Weimerskirch, an ecologist at the Centre for Biological Studies in Chize, France, who has observed the colony since 1982, told
AFP.

However, the team suggested that their numbers may “fluctuate extensively” after large-scale climatic events. A particularly strong El Nino weather event in 1997 warmed the southern Indian Ocean, which drove fish and squid—penguins’ main food—beyond a distance that penguins could travel to hunt.

“This resulted in population decline and poor breeding success” for all the king penguin colonies in the region, Weimerskirch said.

A previous study in February also suggested that climate change could force out 70 percent of the world’s king penguin population by 2100. As the Antarctic ocean warms, the penguins’ primary hunting grounds will be pushed further poleward and away from their original breeding grounds, the researchers said.

Other hypotheses for the population crash include diseases such as avian cholera and invasive species such as rats, mice or cats that found their way onto the island.

Overcrowding could also be a factor, France’s National Centre for Scientific Research, which funded the study, noted in a statement published by AFP.

“The larger the population, the fiercer the competition between individuals,” the statement said. “The repercussions of lack of food are thus amplified and can trigger an unprecedented rapid and drastic drop in numbers.”