The World’s Largest Bird Weighed as Much as a Giraffe 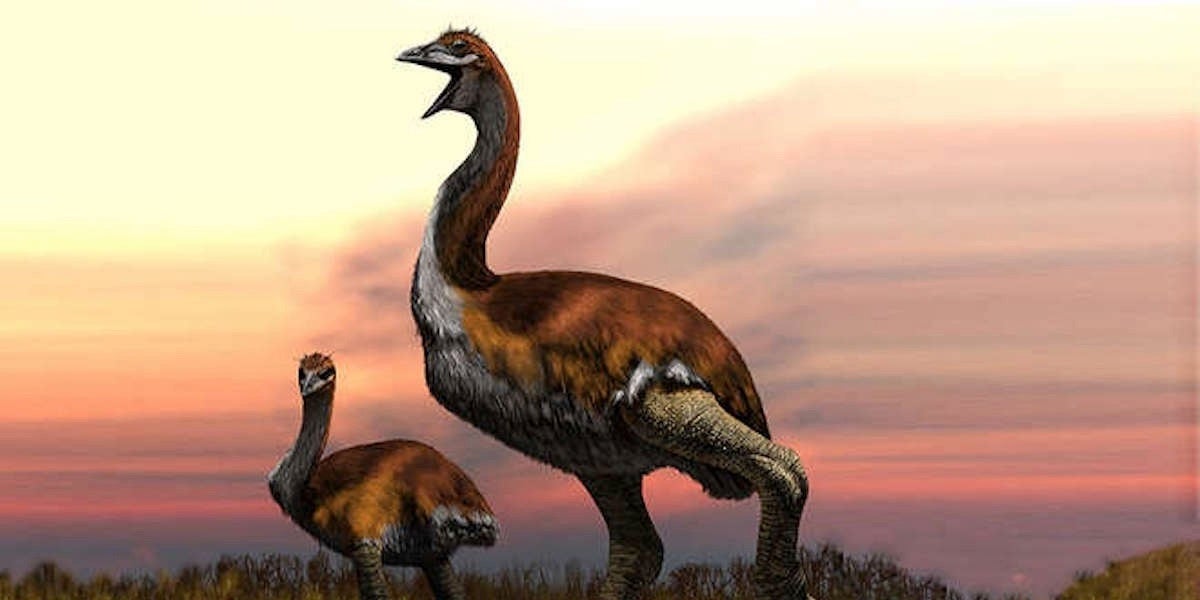 The largest
bird that ever stalked Earth’s surface is officially the “Vorombe titan,” a previously unidentified species of elephant bird that once roamed the island of Madagascar.

“They would have towered over people,” James Hansford, the study’s lead author and a paleontologist at the
Zoological Society of London (ZSL), told Agence France Presse. “They definitely couldn’t fly as they couldn’t have supported anywhere near their weight.”

One such specimen weighed about 1,895 pounds, roughly the same as an adult giraffe, AFP noted.

Elephant birds stomped across Madagascar for 60 million years until they were hunted to extinction around 1,000 years ago, AFP wrote.

Vorombe titan takes the title as the worlds largest ever bird. "Vorombe" means "big bird" in Malagasy. There are 3 other elephant bird species from Madagascar as well! See my new paper in @RSocPublishing #RSOS https://t.co/L79TNtMnUk @ZSLScience #megafauna #Madagascar pic.twitter.com/y2oQZTS3Iw

The title of “world’s largest bird” has been at the center of rigorous study and debate for decades. But after analyzing hundreds of elephant bird bones from museums around the world, ZSL researchers found convincing evidence that the Vorombe titan was actually the largest, taking the title away from the previous record-holder, Aepyornis maximus.

The researchers also gave the first taxonomic reassessment of the elephant bird family in more than 80 years. They discovered there were actually three genera of elephant birds rather than two, and four distinct species rather than 15, per The New York Times.

“Elephant birds were the biggest of Madagascar’s megafauna and arguably one of the most important in the [island’s] evolutionary history—even more so than lemurs,” Hansford said in a
press release. “This is because large-bodied animals have an enormous impact on the wider ecosystem they live in via controlling vegetation through eating plants, spreading biomass and dispersing seeds through defecation. Madagascar is still suffering the effects of the extinction of these birds today.”

The authors of the new paper say their work can help conservation efforts in Madagascar, which is home to several critically threatened species.

“Without an accurate understanding of past species diversity, we can’t properly understand evolution or ecology in unique island systems such as Madagascar or reconstruct exactly what’s been lost since human arrival on these islands,” co-author Samuel Turvey from ZSL’s Institute of Zoology said in the press release. “Knowing the history of biodiversity loss is essential to determine how to conserve today’s threatened species.”