One-third of Norway’s 200 wild bee species are endangered. The bee highway works with businesses, schools, organizations and individuals residing in Oslo to build bee-friendly feeding stations and accommodations. The purpose of the project is to connect the green zones in the urban environment, which include flower beds, plant corridors and green roofs. People are encouraged to plant nectar-bearing flowers for bees around the city.

A website was created to let individuals share information on how they want to contribute to the project. The participants, including companies, governmental agencies and individuals, can write about where they are planting flowers, for example. The website also shows the route in which the bees take to travel in Oslo. 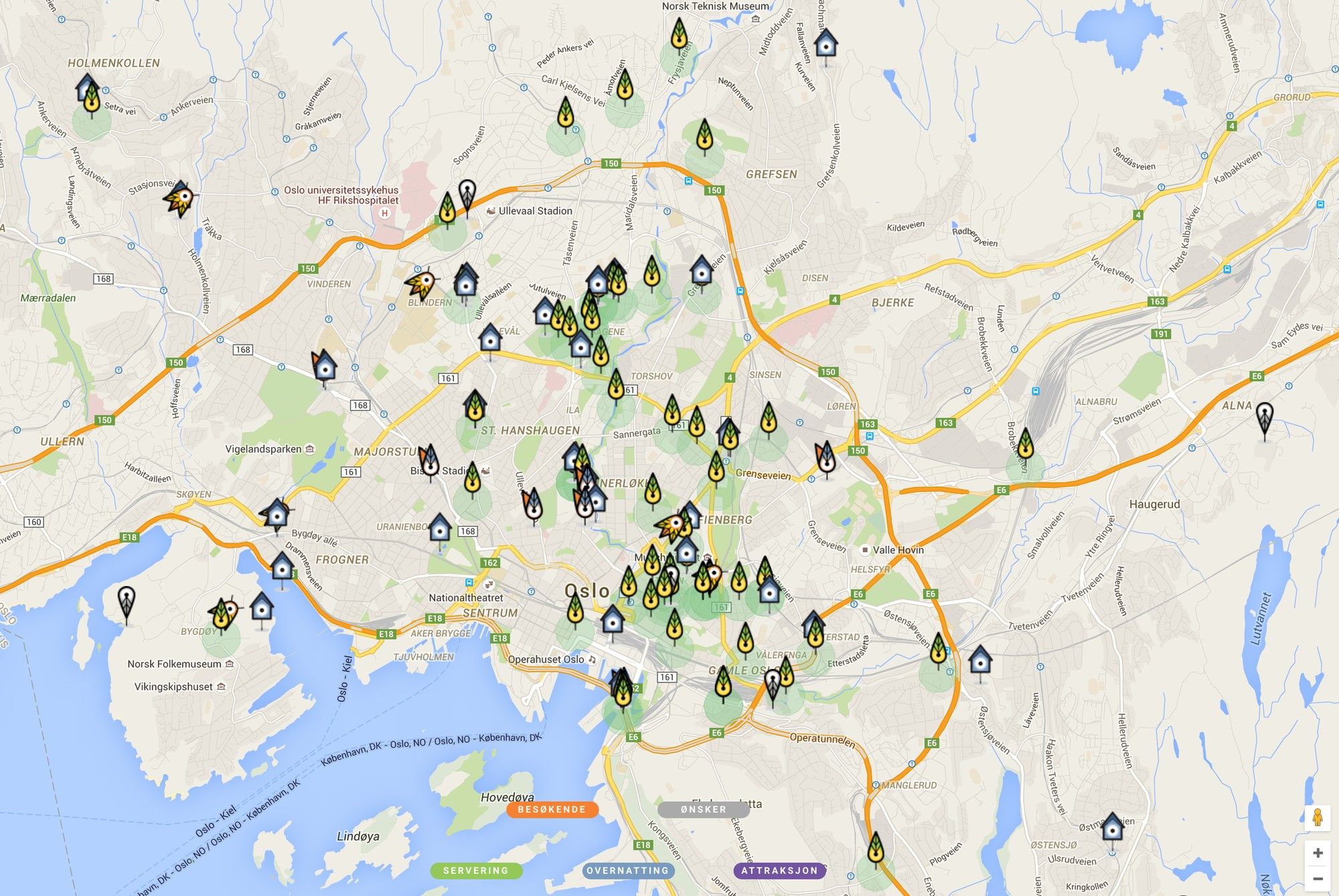 According to ByBi, there are also “gray areas” where there are no sources of food for the bees. Individuals are encouraged to plant flowers in these areas.

“We are constantly reshaping our environment to meet our needs, forgetting that other species also live in it,” the head of ByBi, Agnes Lyche Melvaer, said.

Melvaer also suggests that it is important to return places to the bees where they find food and live. For example, a garden called Abel’s Garden was initially only covered in grass and it was later converted into a “feeding station” filled with flowers.

The bee highway is the first system of its kind designed to provide an environment where bees can travel through a city.

In the middle of Oslo’s business district, an accountant firm is planting Sedum plants and two bee hives on its terrace. The bee hives can accommodate around 45,000 worker bees. Marie Skjelbred, an accountant at PwC Norway, spearheaded the project at the firm. Skjelbred convinced her employer to work with the owners of the building to finance the project.

“One should see it as a sign that companies are also taking responsibility for preserving biodiversity,” Marie Skjelbred, an amateur beekeeper, said.

Skjelbred also explains that one bee produces a spoon of honey. “If we did their job, paid at the minimum wage, a pot of honey would cost US$182,000,” Skjelbred, after calculating the costs, said.

According to the UN Food and Agriculture Organization, bees are responsible for around 35 percent of food production. 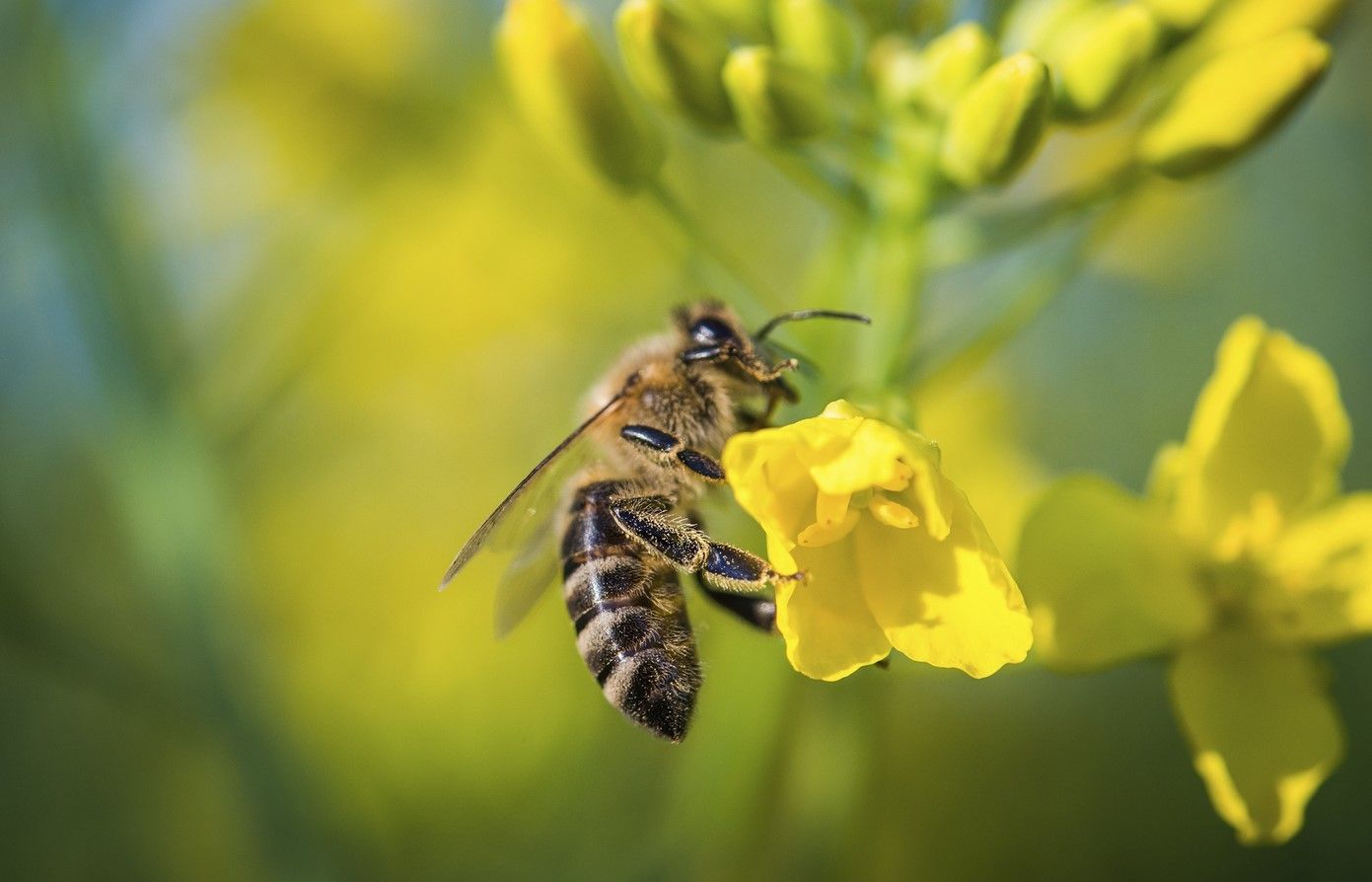 It is estimated that 35 percent of food production is dependent on pollination from bees.iStock

Christian Steel at the Norwegian Biodiversity Network, an organization working with amateur and professional biologists in Norway, explains that the bee highway project can help protect bees. He also criticizes the short-term solutions of the Norwegian government.

“The government seems to hide behind these kinds of private initiatives, while pursuing in parallel a policy of promoting intensive agriculture which leads to the death of many bees,” Christian Steel said.

Steel also explains that there is a mutual dependence between humans and bees. “Agriculture is completely dependent on pollinators to maintain food production just as insects are dependent on diverse agriculture to survive,” he said.

This initiative highlights the challenges involving protecting bees around the world.

Agnes Lyche Melvaer, the head of ByBi, explains that she is optimistic. She suggests that there is the “butterfly effect.”

“If we manage to solve a global problem locally, it’s conceivable that this local solution will work elsewhere, too,” Agnes Lyche Melvaer said.