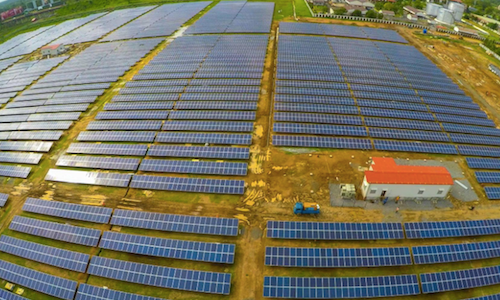 Cochin International Airport, the world’s first 100 percent solar airport, is generating so much power from its massive solar array that the airport no longer pays for electricity. 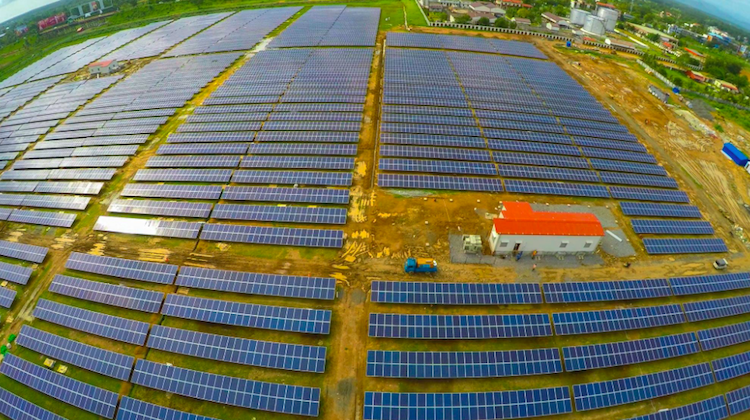 “We wanted to be independent of the electricity utility grid,” Jose Thomas, the airport’s general manager, told the CNNMoney.

Cochin started its solar journey three years ago when it installed solar panels on the roof of its arrivals terminal. It eventually blossomed into a 12 megawatt solar project after the airport commissioned German multinational engineering and electronics company Bosch to build the impressive $9.5 million plant that features 46,000 panels laid out across 45 acres of unused land near the airport’s international cargo terminal.

The plant switched on Aug. 18, cementing Cochin’s status as the world’s first fully solar powered airport and the only power-neutral airport on the planet.

Thomas told CNNMoney that the panels generate on average slightly more than the roughly 48,000-50,000 kilowatts of power that the airport uses per day. The excess energy is sent to the state’s electricity grid.

Not only does the airport expect to have its return on investment in less than six years, the solar plant will avoid more than 300,000 metric tons of carbon emissions from coal power over the next 25 years, CNNMoney reported.

Building upon its success as a “green-port,” Cochin is planning to double its solar power generation capacity. Photovoltaic panels will be laid over 3-kilometer long irrigation canal, new car park area and the unused land which houses the existing 12 megawatt array. The new project will meet the power needs of a new international terminal the airport is adding.

In another green initiative, the airport is making a foray into organic farming. Cochin is setting up the farm on same plot of land where the solar plant sits, the Deccan Chronicle reported, noting that the water used to clean the solar panels will also be used to water the plants.

Crops such as ash gourd, okra, cucumber, ridge gourd and snake gourd will be cultivated in the garden and will be sold commercially.

“The products will be initially sold through outlets set at the airports, however, we plan to make available the branded products in markets too at a later stage. The vegetable products reaped today were sold to the airport staff itself,” a senior official said.