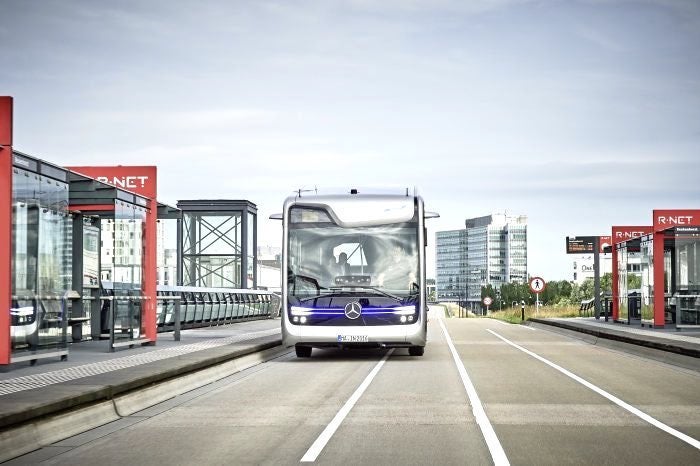 Could this be the future of public
transportation? Mercedes-Benz has unveiled the world’s first autonomous bus—and it actually works.

The “Future Bus” just completed its first 12-mile journey “without steering, accelerating and without brake pedal” on public roads in the Netherlands, according to Daimler Buses, the company working with Mercedez-Benz.

Using CityPilot autonomous driving technology, the full-sized bus successfully navigated through bends, passes, tunnels and traffic lights along the route between Amsterdam’s Schiphol airport and the town of Haarlem.

Daimler said its bus drives up to 43-miles-per-hour and can recognize obstacles, especially pedestrians on the road, and brake autonomously.

Thanks to CityPilot, as Wired UK explains, the bus is connected to the city’s wireless network, “so it can communicate directly with traffic lights and other city infrastructure for a smoother ride. The built-in camera systems can even scan the road for potholes and avoid bumpy areas the next time it travels on them, sharing that information back to the city.”

In the video below, the driver does not touch the wheel as the bus whisks through the city streets and picks up passengers. The cockpit has a large screen that displays information the driver might need.

The Future Bus is equipped with a GPS system and about a dozen cameras that can scan the road and surroundings. A long and short-range radar systems constantly monitors the route ahead. It can even handle bus stops without driver intervention, as the doors open and close automatically.

“Connectivity plus camera and radar systems with data fusion are catapulting the city bus into the future,” Daimler said.

As Wired UK pointed out, even though the bus can drive itself, regulations require a human operator in case he or she needs to intervene, like during an emergency.

As for its design, the 39-foot bus features a sleek exterior and open-plan interior inspired by the layouts of city squares and parks, the German automaker said.

Designer seats are loosely arranged along the walls to allow for open seating, grab rails branch upwards like trees and the ceiling lighting resembles a leaf canopy.

The #MBFutureBus: Divided in a Service and a Lounge Area. pic.twitter.com/fVkwtyh17f

The bus even offers wireless charging.

Not just a detail: Wireless charging in the #MBFutureBus pic.twitter.com/xNUIgSazS6

Besides the obvious environmental benefits of public transportation, automated buses have a number of eco-friendly traits. A bus that’s connected to a city’s communication network could relay and receive information to operate more efficiently and with better fuel economy than perhaps a human driver can. It could also help alleviate city traffic in densely populated areas.

Europe is particularly friendly towards self-driving vehicles. This past April, the transport ministers of all 28 European Union member states signed the Amsterdam Declaration, in which EU member states and the transport industry pledged to “draw up rules and regulations that will allow autonomous vehicles to be used on the roads.”

Daimler tweeted that it invest approximately €200 million to further develop its city-bus portfolio by 2020. It is currently unclear if or when these buses will become a reality or even if they will make it stateside but for a sustainable transportation future, these buses can not come soon enough. 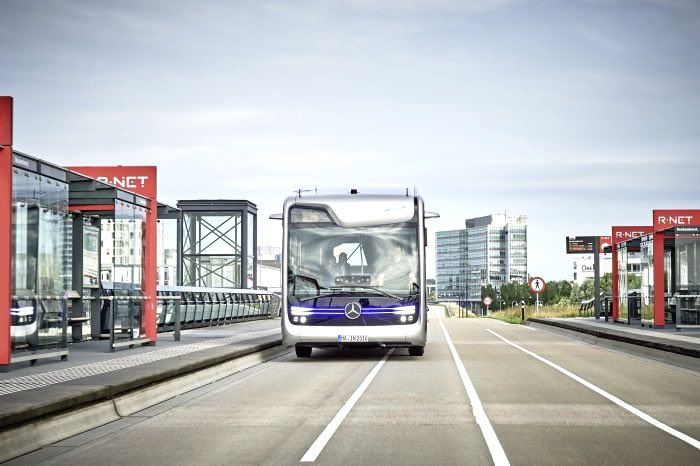