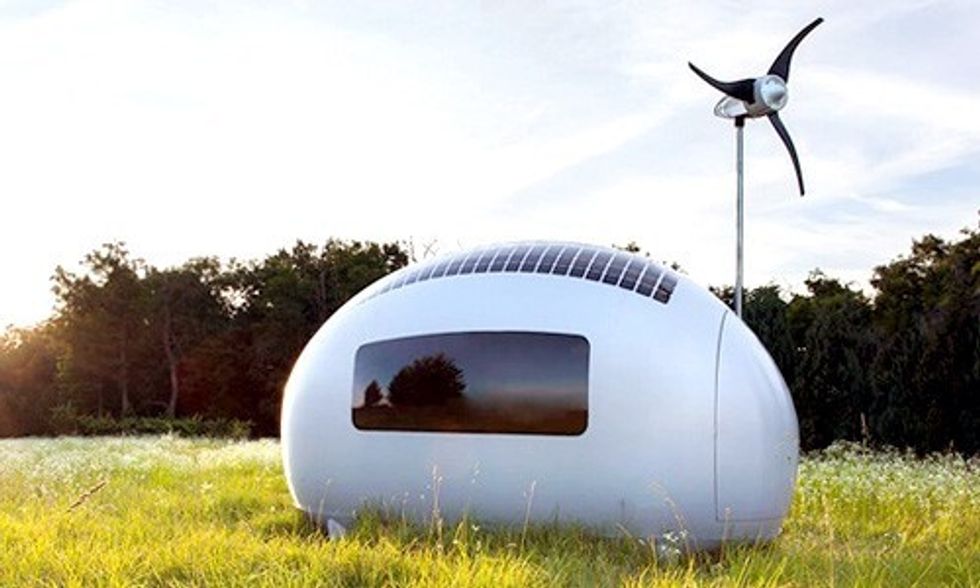 After much anticipation, the egg-shaped EcoCapsule is finally available for pre-order earlier this month. The oblong home, which costs €79,000 (about $85,688) per unit, runs entirely on renewables.

The 88-square feet of interior space may seem pretty small, but it packs in all the necessities—plenty of storage, a shower, composting toilet, stove, sink, table and couch that converts into a double bed.

We have heard you, so we present our compact, practical bathroom within #Ecocapsule. Do you like it? http://t.co/omUnOqrlqN
— @Ecocapsule (@@Ecocapsule)1441719938.0

The home comes with a 600-watt rooftop solar system and a low-noise wind turbine that can deliver up to 750 watts. It's 10-kilowatt-hour battery capacity is expected to last at least four days.

With four wheels and hooks on top for ease of transport, the EcoCapsule can be taken almost anywhere. Its curved roof maximizes energy efficiency and rainwater capture, which can be filtered for human consumption.

The home is designed by Slovakian group Nice Architects. The group, which unveiled a prototype in May, told CNN they were blown away by the demand for their product. By July, they already had thousands of pre-orders.

Currently, it's available for sale in the European Union, U.S., Canada, Australia and New Zealand. And it meets all of the safety regulations for each of those countries. The estimated delivery date for the first generation of EcoCapsules is late 2016 to early 2017. For those with sticker shock, the designers say the price will drop in the coming years as production is scaled and costs decrease.

Check out these fascinating visuals from the company: