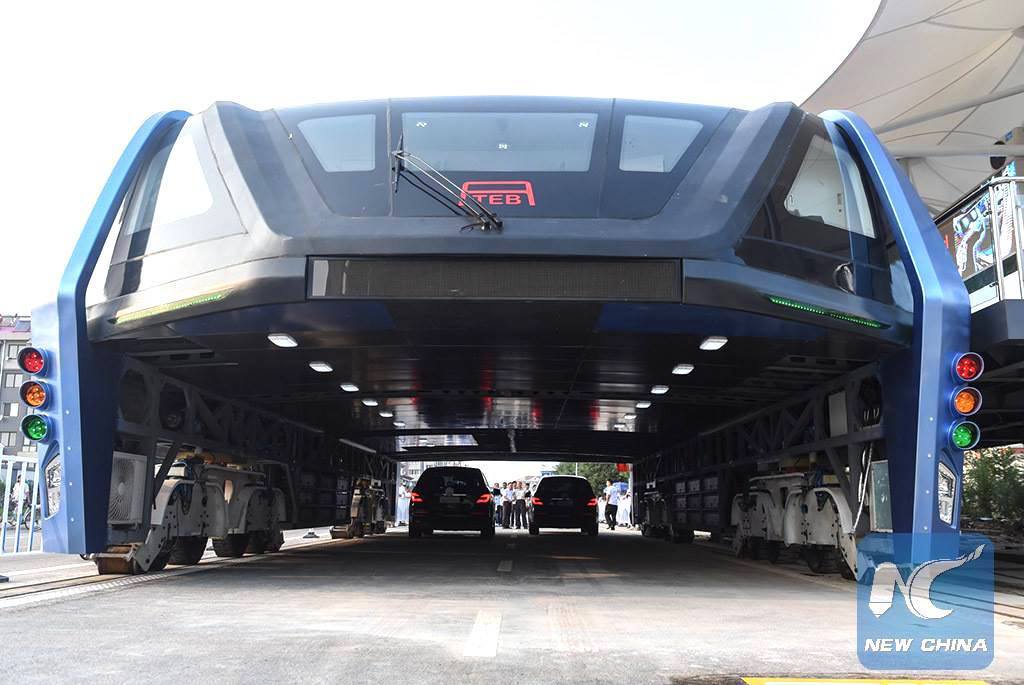 China’s incredible “straddling bus” went for its first test ride on Tuesday in the city of Qinhuangdao in the Hebei Province. 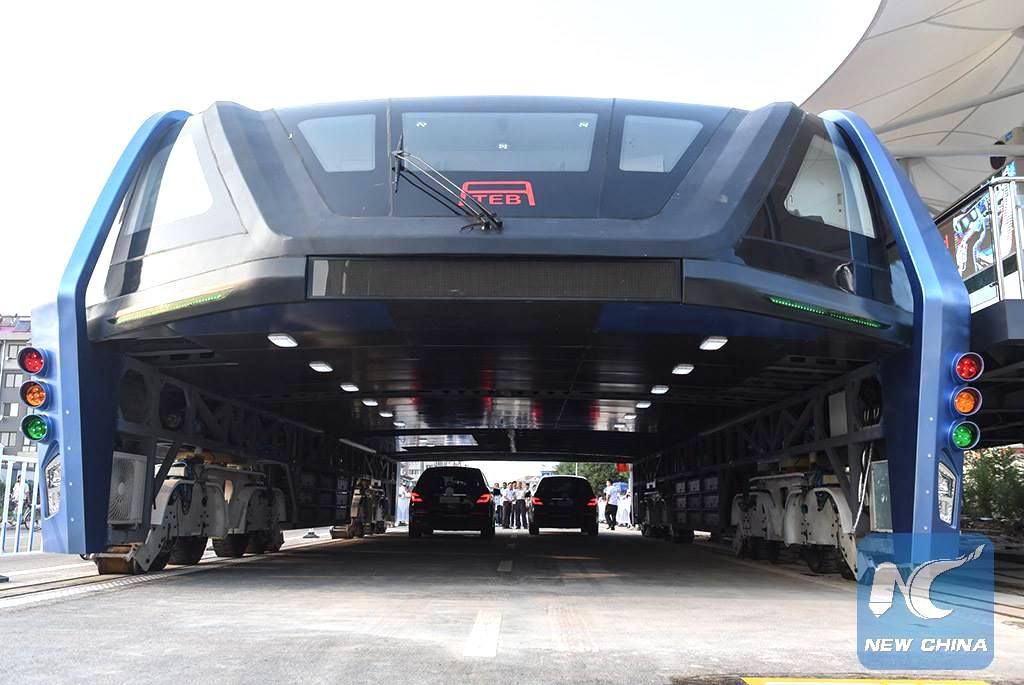 The Transit Elevated Bus, or TEB, first made headlines in May after a prototype debuted at the 19th China Beijing International High-Tech Expo. The concept—designed to help solve China’s terrible traffic problem—sparked imaginations worldwide, because, well, it could literally drive over cars.

Yesterday, on a 300-meter controlled track, a life-size version of the TEB went for its inaugural run with simulated traffic conditions. The test, which had the bus driving at 10 kilometers an hour, was to evaluate the breaking system, power consumption and drag of the bus, New China TV reported.

Watch it in motion here:

Participants were allowed to hop onto the futuristic bus for a spin.

“There’s enough space on this for old ladies to have a dance performance,” said one user on Weibo, according to the BBC.

China’s
Xinhua news agency said that the fully electric bus is roughly 72 feet long and 25 feet wide (or about two traffic lanes) and a single TEB can carry up to 300 passengers. When it’s finally ready for real-life public transport, it should clock speeds up to 40 miles per hour as it runs on rails built on ordinary roads. Any car under 7 feet tall should be able to travel underneath.

As the BBC pointed out, up to four TEBs can be linked together, allowing a potential carrying capacity of 1,200 people at a time.

“The biggest advantage is that the bus will save lots of road space,” the project’s chief engineer, Song Youzhou, told
Xinhua in May.

Song
said that the bus is similar in function to a subway but at 16 percent of the cost, adding that construction time would be shorter. He also claimed that the TEB could replace about 40 conventional buses, which would result in up to 800 tons of fuel savings a year and help mitigate 2,480 tons in carbon emissions.

Other countries such as Brazil, France, India and Indonesia are said to be interested in their own version of the TEB.