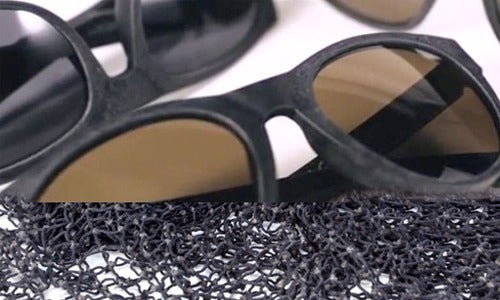 Marine debris, as you might already know, can have a harmful and even deadly impact on aquatic life. But one Los Angeles-based startup, Bureo, is doing its part in fighting ocean pollution by turning trash into something you might actually like. 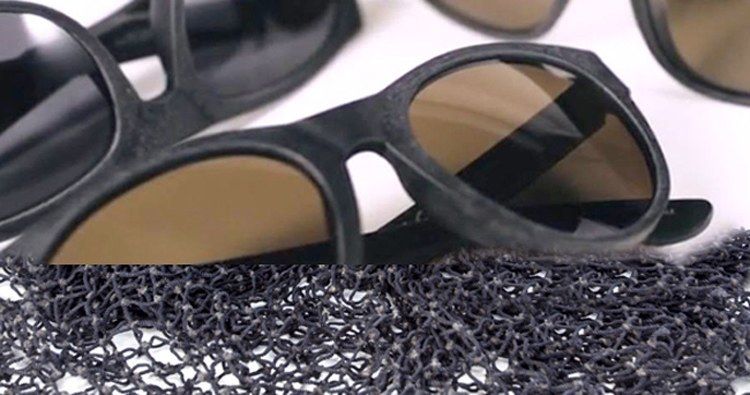 The “Ocean Collection” is the world’s first and only line of sunglasses made of 100 percent recycled fishing nets.

Designed in collaboration with Chilean eyewear company Karun, the sunglasses are made from nets collected by Net Positiva, a Chile-based fishnet collection and recycling program developed and operated by Bureo’s own team, according to ecouterre.

“The majority of the population owns at least one pair of plastic sunglasses, none of which are made in a responsible way,” Bureo’s founders, Ben Kneppers, David Stover and Kevin Ahearn, told the website. “This new collection of sunglasses represents a major step forward in bringing awareness about ocean plastic pollution to the general public.”

The company first made a splash a few years back with their line of sustainable skateboards that’s also made from the same material.

“Discarded fishing gear,” as the company points out in the video below, “accounts for an estimated 10 percent of the ocean’s plastic pollution.”

Bureo’s sunglasses cost $139 each. “For every pair of glasses purchased, Bureo will be able to further expand this community-based fishnet collection and recycling program, while generating funds for programs that empower coastal communities most affected by plastic pollution,” the company told ecouterre.

The company added that the manufacturing process of the frames generates roughly 70 percent fewer greenhouse-gas emissions due to an innovative mechanical processing technique that’s free of chemicals and uses minimal water to melt the nets into pellets.

“This greatly differs from a ‘chemical recycling process’ which not only creates a waste byproduct but also requires heavy chemicals and water to break down the nets and return them to a form of nylon which can be made into thread for soft goods like clothing, swimwear and shoes,” Bureo said. 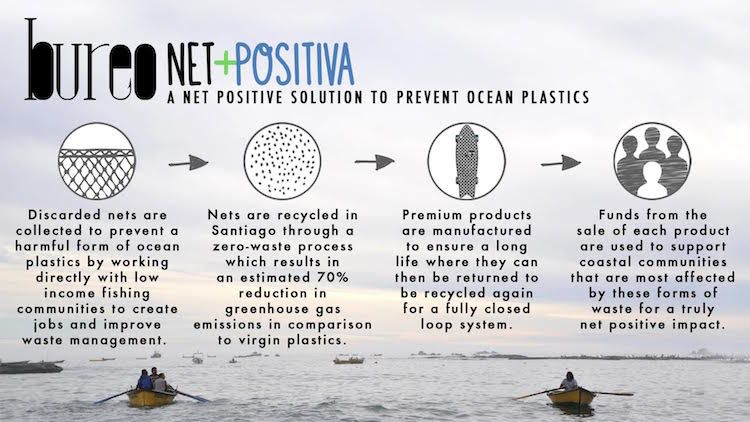 The word “Bureo” comes from the native Chilean language of the Mapuche and translates to “waves.”

“It’s not just about the ocean waves, but about what we’re doing—trying to create this wave of change. If everyone does their part to create a ripple, then we’re all part of the bigger solution,” Kneppers told the Huffington Post.

Last year alone, the Net Positiva program collected more than 50 tonnes (110,000 pounds) of fishing nets from 16 communities in the country.

The innovative program has earned recognition from the U.S. Department of State and was awarded an innovation award and grant funding from the Chilean Government, Bureo says.