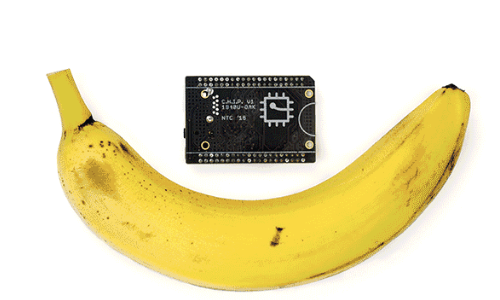 We’ve seen how innovators are doing amazing things to help our fragile environment. And now Oakland/Shenzen-based engineers at Next Thing Co. have created a computer that costs less than a decent bottle of wine and could help bring computer technology to all. 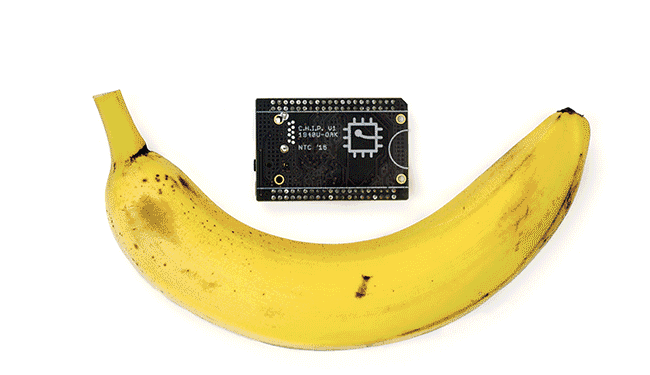 The company has dubbed their creation “the world’s first nine dollar computer.” By the looks of their incredibly successfully Kickstarter, it’s about to make a big splash. The campaign blew past its $50,000 crowdsourcing goal on the first day, with more than $100,000 in a mere 12 hours, the company enthusiastically tweeted.

For such a small piece of hardware, the C.H.I.P. boasts a 1GHZ processor, 512MB of ram, 4GB of storage and can connect to any screen, old, new, big or small with its built-in composite output or with an adaptor. Digital Trends hilariously pointed out that it has more ports than the new MacBook’s single USB-C port.

To make it a completely portable device that would fit in your jeans, you can buy a $49 add-on called the PocketC.H.I.P. that includes a 4.3 inch touchscreen, a miniature QWERTY keyboard and a 5-hour battery.

As for its software, the device is preinstalled with dozens of applications, tools, games and works with LibreOffice (a free open source office suite) which can create spreadsheets, documents and presentations. 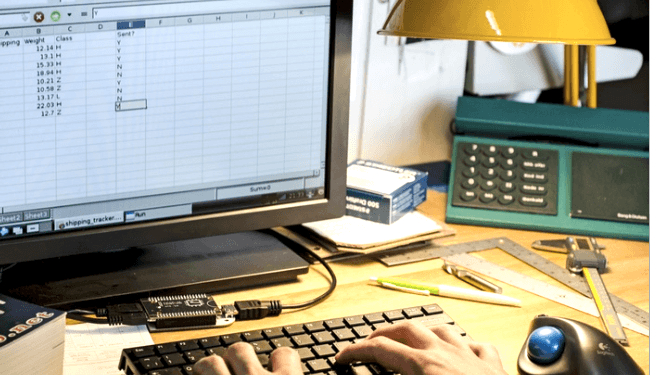 Hook it up to a monitor and keyboard to create documents and spreadsheets. Photo Credit: CHIP Kickstarter 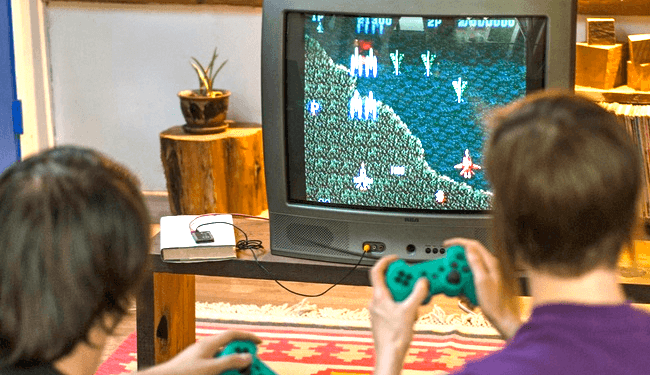 While it doesn’t look like much, the potential of this computer could be really big. Last month, we reported on the devastating e-waste crisis that’s piling up in underdeveloped countries. According to a new report from United Nations University, a staggering 41.8 million metric tons of e-waste was produced in 2014. Instead of buying, say a new Macbook, you can connect the C.H.I.P. to an old keyboard and monitor that’s sitting unused or would otherwise end up in a landfill.

The C.H.I.P. is also very portable, so it can be taken to remote locations. As one fan tweeted:

Well, @nextthingco this would be perfect for backcountry #wildlife/#weather/#seismic monitoring stations: easy to bring along spares, too!

Since it’s open source and extremely affordable, C.H.I.P. designers have created an opportunity for tech innovators worldwide—young, old, rich and poor—to improve on the technology and create even better devices.

“We built C.H.I.P. to make tiny powerful computers more accessible and easier to use,” the Kickstarter reads. “A huge part of making C.H.I.P. accessible is making sure that it can change to meet the needs of the community. That’s why both C.H.I.P. and PocketC.H.I.P. are both TOTALLY OPEN SOURCE. This means all hardware design files schematic, PCB layout and bill of materials are free for you the community to download, modify and use.”

The publication Make reported that the reason C.H.I.P is so inexpensive is because it’s based on an A13 processor by Allwinner, a semiconductor company that produces cheap tablets in China.

Check out Next Thing Co.’s Kickstarter video to learn more about their product:

Is Your Nail Polish Toxic?