According to the International Energy Agency (IEA) in a new annual publication, Medium-Term Coal Market Report 2011, released Dec. 13, global demand for coal will continue to expand aggressively over the next five years despite public calls in many countries to reduce reliance on the high-carbon fuel as a primary energy source.

Unfortunately, the recent United Nations climate talks in Durban, South Africa did not result in an agreement that would reduce the appetite for coal and slow carbon emissions. Overall, the grassroots environmental movement feels that the governments participating in the Durban talks listened to the carbon-intensive polluting corporations instead of listening to the people who want an end to our dependence on fossil fuels and immediate action on climate change.

According to Greenpeace International Executive Director Kumi Naidoo, “Right now the global climate regime amounts to nothing more than a voluntary deal that’s put off [an agreement] for a decade. This could take us over the two degree threshold where we pass from danger to potential catastrophe.

“Our atmosphere has been loaded with a carbon debt and the bill, carrying a Durban postmark, has been posted to the world’s poorest countries. The chance of averting catastrophic climate change is slipping through our hands with every passing year that nations fail to agree on a rescue plan for the planet,” said Naidoo. 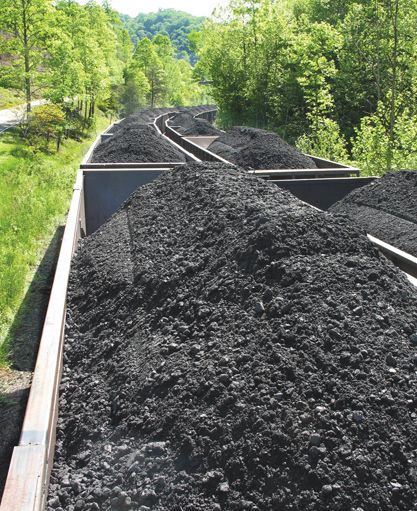 Coal is the single-largest source of electricity generation globally, and the IEA report says the main reason for the projected increase in coal demand over the next five years is surging power generation in emerging economies.

“For all of the talk about removing carbon from the energy system, the IEA projects average coal demand to grow by 600,000 tons every day over the next five years,” said IEA Executive Director Maria van der Hoeven. “Policy makers must be aware of this when designing strategies to enhance energy security while tackling climate change.”

• Growth in coal demand over the next five years will mostly occur in non-OECD (Organization for Economic Co-operation and Development) countries, with China and India accounting for the majority.

• Growing demand means poorer deposits will have to be exploited, which will likely lead to upward pressure on mining costs and therefore on coal prices.

• Despite the rise of new exporting countries, like Mongolia and Mozambique, traditional exporters will meet the bulk of demand growth.

• While coal has traditionally been considered a cheap and secure energy resource, this perception may be tested in the years ahead. Six countries account for more than 80 percent of global coal exports, and as demand surges, markets could experience more of the infrastructure bottlenecks that in recent years caused coal prices to more than triple.

The IEA report and the dismal outcome of the Durban climate talks certainly speak to the complexities and challenges facing the global energy crisis, and the overall public desire to transition to a sustainable global energy system that relies on low-carbon and renewable energy sources.