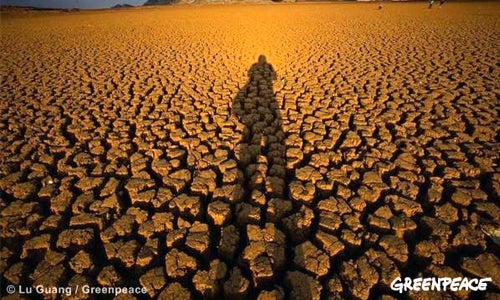 Safe, affordable and accessible water is one of our planet’s scarcest natural resources. Many people don’t have access to fresh water for sanitation, agriculture or even to drink.

Yet, global water consumption by the power sector is growing; it’s expected to more than double by 2035, with coal projects accounting for 50 percent of increased water use. Vast quantities of water are used in coal mining, coal washing and for cooling coal-fired power plants.

We cannot allow coal interests to grab already scarce water resources and at the same time dramatically increase their carbon pollution. That will only accelerate climate change and make water shortages even more acute.

What can you do?

Someone needs to tell the power sector that it’s time to stop pumping out our water; this precious resource that people depend on for survival. That someone must be you.

Right now the most important event of the year on global water issues, World Water Week, is happening in Stockholm, Sweden. More than 200 organizations from around the world are discussing how best to divide up precious water resources.

Tweet and share these coal-water facts during World Water Week to send the message loud and clear: WATER IS FOR LIFE, NOT FOR COAL!

1. 2 billion people, or almost one-third of the world’s population, live in countries with absolute water scarcity. 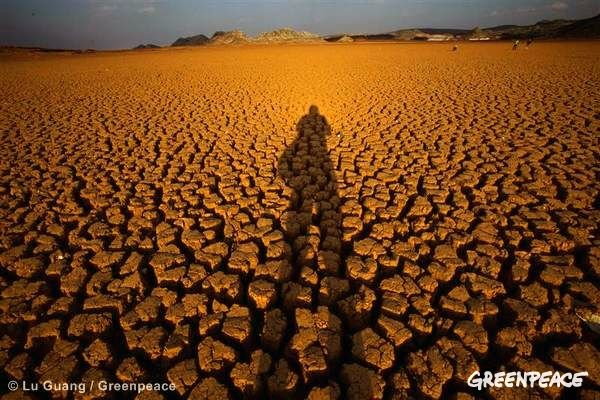 2. Coal is one of the most water-intensive methods of generating electricity. Every 3.5 minutes a typical coal-fired power plant withdraws enough water to fill an Olympic-sized swimming pool. Electricity is generated by burning coal to convert water into high-pressure steam to drive turbines; water is then used to cool the steam so it can go back to the boiler again. Water is also needed to wash and process coal before it is burned, to wash coal ash out, to reduce dust from the coal stockpile and to put out fires. 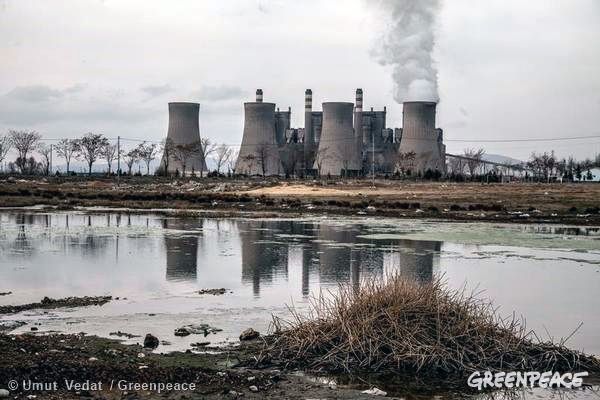 3. There are plans to construct at least 1,200 new coal-fired power plants and mega coal mines around the world. Much of the proposed expansion is in water-stressed regions, which already suffer from limited supplies of fresh water for sanitation, health and livelihoods. 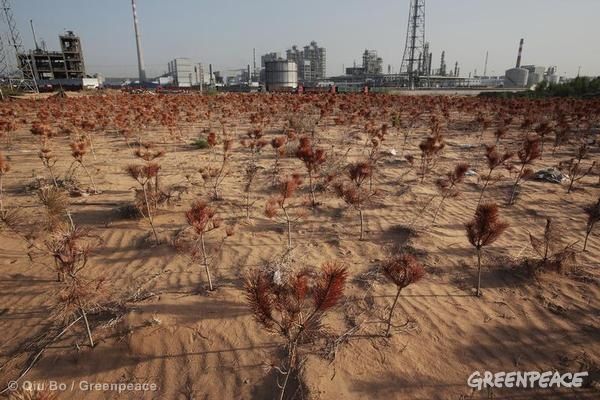 Hand-planted pine trees around the Shenhua coal-to-liquid facility have died due to lack of water. For 10 years, this Chinese state-run organisation, the world’s biggest coal producer, has been exploiting water resources at a shocking rate. Shenhua’s operations sparked social unrest and caused severe ecological damage, including desertification, impacting farmers and herders who are facing reduced water supplies in what was once a fertile farming area. Earlier this year Shenhua agreed to develop an action plan to stop extracting groundwater. Photo credit: Qiu Bo / Greenpeace

4. South Africa’s energy utility Eskom uses 10,000 litres of water per second, yet local residents are forced to buy bottled water, because no clean drinking water is available to them. 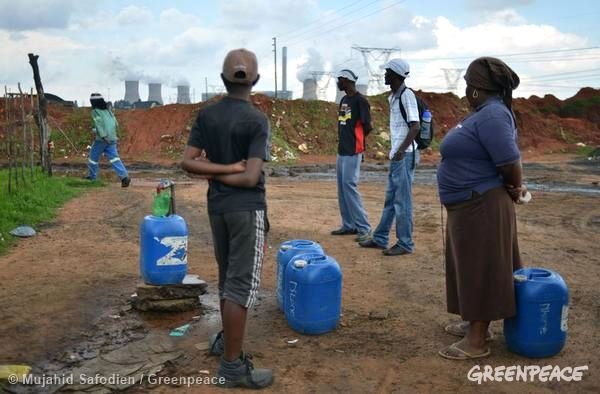 Water pond at an informal settlement in South Africa, with Duvha coal-fired power station in the background. Community members wait around a communal tap to collect water for household use. Many people are forced to buy bottled drinking water because of concerns about the quality of tap water. Photo credit: Mujahid Safodien / Greenpeace
coalenergyfeaturedfeatured-homewater
EcoWatch Daily Newsletter
Related Articles from EcoWatch
Climate