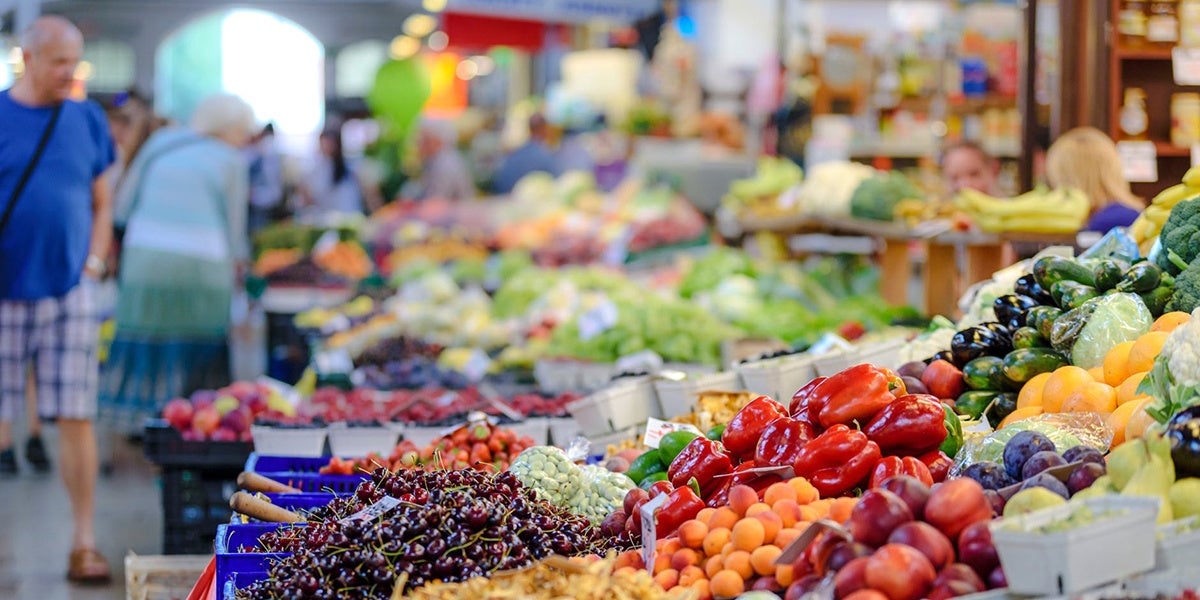 Climate change is boxing us into a dietary corner. Research last month suggested that avoiding meat and dairy was the best thing an individual could do to reduce their ecological footprint, but now scientists predict that rising global temperatures and other changes could make vegetable and legume alternatives harder to come by.

The new study, published Monday in the Proceedings of the National Academy of Sciences, was the first to consider the impacts of climate change on the harvest of non-staple vegetables and legumes. It found that if no action is taken, environmental changes predicted for the second half of the 21st century could reduce vegetable and legume yields by around one-third.

“Vegetables and legumes are vital components of a healthy, balanced and sustainable diet and nutritional guidelines consistently advise people to incorporate more vegetables and legumes into their diet. Our new analysis suggests, however, that this advice conflicts with the potential impacts of environmental changes that will decrease the availability of these important crops unless action is taken,” study lead author Dr. Pauline Scheelbeek of the London School of Hygiene & Tropical Medicine (LSHTM) said in a LSHTM press release.

While the potential impact of climate change on staple crops has been studied in depth, all that was known about its impact on non-staple vegetables was that increased levels of carbon dioxide in the atmosphere might increase yields.

To get a more complete picture, researchers examined every experimental study published since 1975 on the impact of various environmental changes on vegetable and legume yield and nutritional content in 40 countries.

Based on the data, the researchers estimated how changes predicted for the mid-to-late 21st century, such as increased carbon dioxide levels, increased ozone levels, decreased water availability, increased water salinity and increased temperatures, would impact yields and nutrition.

“Our analysis suggests that if we take a ‘business as usual’ approach, environmental changes will substantially reduce the global availability of these important foods. Urgent action needs to be taken, including working to support the agriculture sector to increase its resilience to environmental changes and this must be a priority for governments across the world,” Dangour said in the release.

“But our study also identifies the broader policy relevance of environmental change. Vegetables and legumes are essential constituents of healthy diets and so efforts to ensure that their global availability is not threatened by predicted environmental changes must also be high on the global public health agenda,” he said.