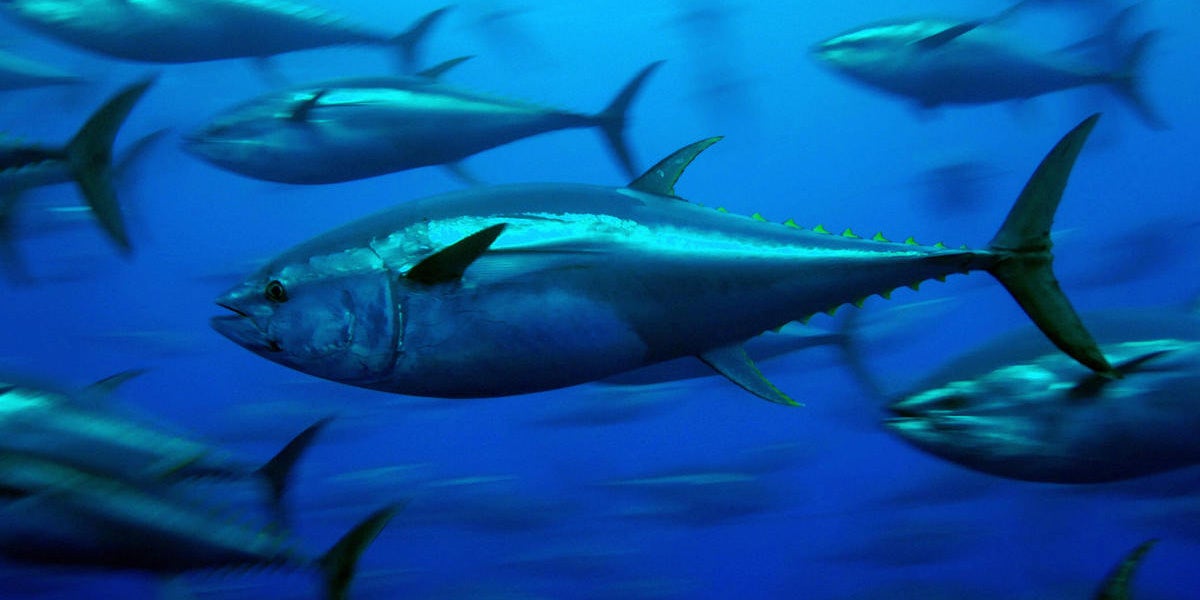 Tropical tuna species—skipjack, bigeye and yellowfin tunas—are important economic assets for coastal communities across the globe, and even far from the ocean they are a favorite on supermarket shelves and in sushi bars. These three species—together worth close to $40 billion annually at the final point of sale—prompted eight Pacific island countries to launch World Tuna Day on May 2, 2011. In 2016, the UN officially adopted the date to highlight the importance of sustainable tuna management.

Despite that designation, however, concern for the future of these fish continues. Through the increased use of fish aggregating devices (FADs)—man-made floating rafts that attract fish in the open ocean—over the past three decades, purse seine fleets have seen dramatic increases in skipjack catch. But this has come at a cost to bigeye and yellowfin populations. Because FADs attract juvenile bigeye and yellowfin in addition to skipjack, increased skipjack fishing on FADs has resulted in fewer bigeye and yellowfin surviving to adulthood, which means fewer of those species in the water for crews fishing with other gear, such as longlines and pole and line.

The result has essentially been a years-long stalemate, the consequences of which are being borne out around the globe, in part because managers are also debating how much to restrict fishing with purse seine nets and longlines. The population of bigeye in the Pacific, which also faces pressure from longliners catching adult fish, has been decreasing and scientists recommend against further increases in fishing mortality. Atlantic bigeye populations are already experiencing overfishing, and scientists consider both Atlantic bigeye and yellowfin to be overfished. Bigeye have just a 38 percent chance of recovery by 2028, according to an analysis based on 2016 catch levels. Yet, due to insufficient controls by international managers, catch of both Atlantic stocks exceeded the agreed quotas in 2016. 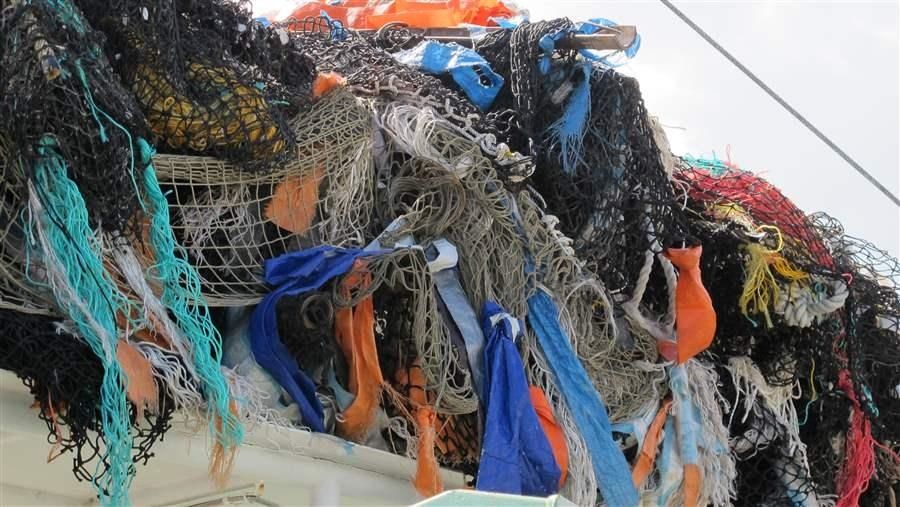 Materials that can make up FADs are piled on the deck of a purse seine vessel in Micronesia.The Pew Charitable Trusts

The International Commission for the Conservation of Atlantic Tunas (ICCAT), the body responsible for managing tropical tunas in the Atlantic Ocean, is on the hook to adopt a new tropical tuna measure, including a revised recovery plan for Atlantic bigeye, at its annual meeting in November. To be successful, ICCAT’s new measure must:

In the western and central Pacific Ocean, tropical tunas are managed by the Western and Central Pacific Fisheries Commission (WCPFC). The bigeye population there is doing better than in the Atlantic but has declined, and FADs are still proliferating at an alarming rate. WCPFC has catch limits for bigeye for the fleets of major longline harvesting nations and prohibits purse seiners from fishing on FADs for a period every year. Despite that, the purse seine fleets fishing on FADs may be catching as much as four times the number of bigeye as the longline fleets, and data suggest that a more effective way of managing the purse seine impact on bigeye would be to agree on a science-based limit on the number of times vessels can fish on FADs.

To better understand and thus regulate the level of FAD use, the Parties to the Nauru Agreement—eight countries that are members of the WCPFC and in whose waters more than 90 percent of FAD fishing in the commission’s purview occurs—are using satellite technology to better track the devices. But to ensure sustainability of the bigeye/tropical tuna fisheries across the western and central Pacific, the WCPFC must:

This World Tuna Day, managers in the Pacific and Atlantic must take immediate action to help ensure the long-term sustainability of tropical tuna fisheries or continue to let shortsighted economic and political pressures determine their actions. Doing the right thing now would benefit the fish, and all who rely on them, far into the future.