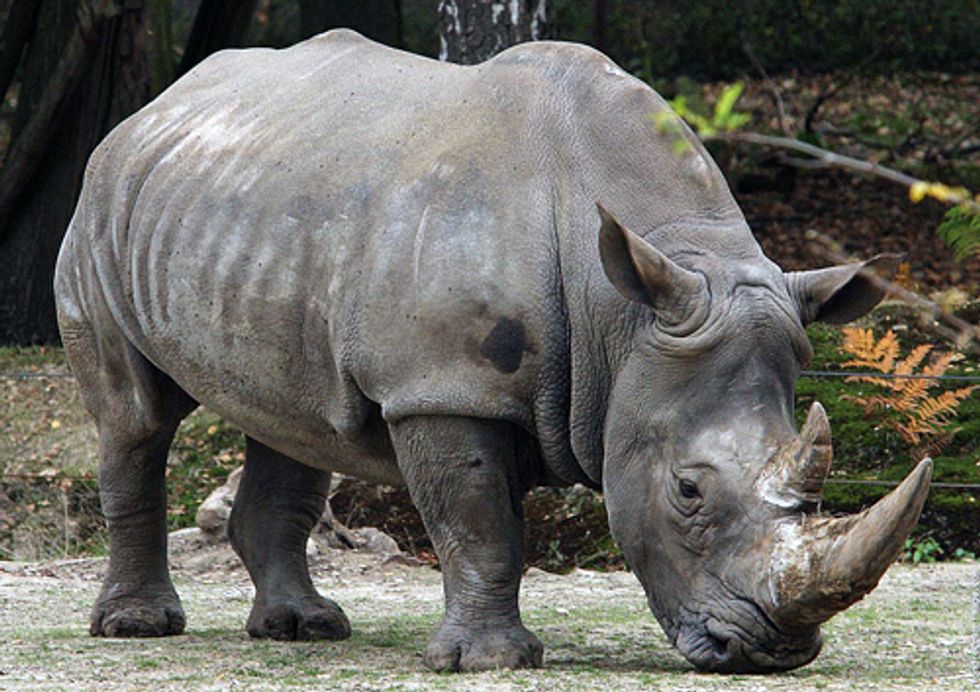 The use of rhino horn as a recreational drug or cancer treatment in Asia is based on myths, but has escalated exponentially over the last few years.

As a result, rhino in Africa and Asia are brutally slaughtered in huge numbers for their horns. With prices able to fetch more than cocaine or gold, the trade is attracting the attention of organized crime.

In 2011, 488 rhino were poached within the borders of South Africa alone. The latest rhino poaching statistics indicate that a total of 381 rhinos have been killed since the beginning of 2012; poachers have killed 100 rhino in the past two months and more than 500 rhinos could die this year if current poaching rates continue.

Rhino poaching is a symptom and the most effective way to tackle the problem is at the cause, which in this case is the demand for rhino horn. Stop the demand and the unlawful and pointless killing of rhinos will stop.

Efforts to reduce the demand for rhino horn must effectively address the behavior and attitudes of the end user. A large scale public awareness campaign is needed in countries such as China and Thailand to educate people on how the horn is acquired illegally by killing rhinos.

Creative director Anthony Roberts felt so strongly about this issue that he wanted to do something to try to help. As with most issues, they do require money to be donated in order that good work can be carried out. However, Roberts wanted to do more, by applying his skills to help create an awareness video that can be used by many organizations and individuals all working towards the same goal.

Working in close collaboration with the African Conservation Foundation, he created an animated short about the rhino poaching crisis across Africa and Asia. We came up with a theme that had not previously been touched upon to any great extent.

The aim of this video is to convince the end user of the futility of their use of rhino horn and to make them realize that they have been sold a myth, with no scientific basis, in order to fuel the trafficker’s greed. By default, if you can stop the demand, the poaching will stop too.

Sept. 22 is the third annual World Rhino Day. This year’s theme is Five Rhino Species Forever, which focuses both on the African and Asian rhino species.

A variety of events and celebrations have been planned by organizations and individuals in several countries. These activities range from skydives in South Africa and fundraising to awareness-raising activities such as dinners, runs and bike races in Kenya, Namibia, UK, U.S. and worldwide.

World Rhino Day 2012 is a great opportunity to get the word out and gain maximum exposure to the international rhino poaching crisis.

Help share this article and short animated film as widely as possible to get across the message that rhino horn has zero proven medicinal value.