World Premiere of Naomi Klein's 'This Changes Everything' 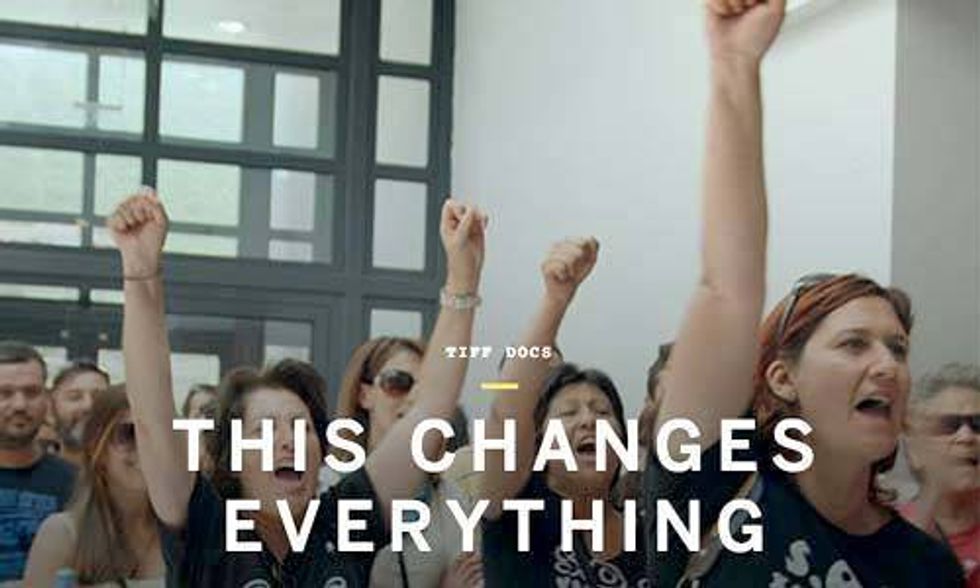 This weekend is the world premiere of the documentary This Changes Everything. The film is directed by Naomi Klein's husband, journalist and filmmaker Avi Lewis (The Take) and it's produced in conjunction with Klein's best-selling book of the same name. It will premiere at the Toronto International Film Festival on Sept. 13 and will be available in theaters in the U.S. and on iTunes on Oct. 20.

Narrated by Klein, the film argues that climate change is the greatest threat humanity has ever faced, but it also "offers us the opportunity to address and correct the inhumane systems that have created it."

"Filmed over 211 shoot days in nine countries and five continents over four years, This Changes Everything is an epic attempt to re-imagine the vast challenge of climate change," says the film's website.

In the movie, Klein says, "So here's the big question: What if global warming isn't only a crisis? What if it's the best chance we're ever going to get to build a better world? Change or be changed."