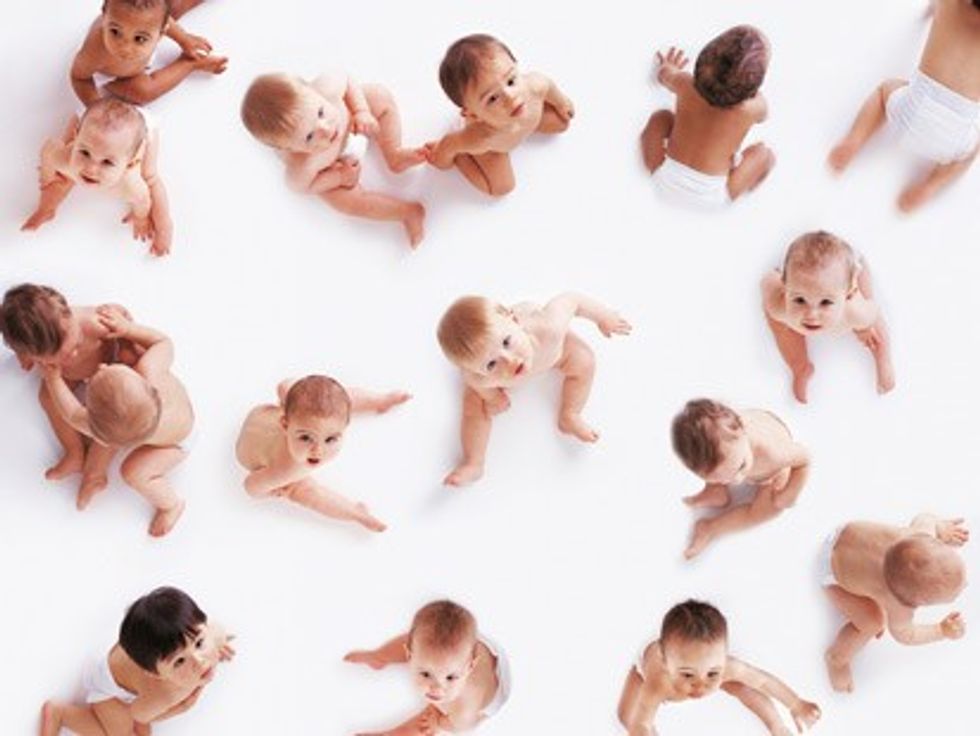 The number of people in the world is expected to reach 7 billion by the end of October, 2011. The rate of increase continues to slow from the high point of more than 2 percent in 1968. Still, this year’s 1.1 percent increase means some 78 million people will be added to the global population in 2011.

The human population did not reach 1 billion until the early nineteenth century, and it took more than 100 years to reach 2 billion. After that, the intervals between billions grew even shorter—we added the third billion in 33 years, the fourth in 14 years, the fifth in 13 years, and the sixth and seventh in 12 years each. Anyone alive today who was born by 1940 has seen the numbers triple. The most widely cited United Nations projection shows world population hitting 8 billion in 2025 and 10 billion before the end of this century.

With populations stabilizing in much of the industrial world, almost all population growth in the near future is expected to occur in developing countries. Of the 2.3 billion people to be added by 2050, more than a billion will live in sub-Saharan Africa. The Indian subcontinent will add some 630 million people.

Differences in population growth rates are largely due to varying fertility levels. Global fertility has dropped from close to 5 births per woman in the 1950s to 2.5 births per woman today. More than 40 percent of the world’s people live in countries where fertility is below replacement level. But fertility varies widely across countries. In Niger, women have more than 7 children on average. In the U.S. the average is close to 2, and in Japan it is less than 1.5.

Evidence suggests that many women in poor, fast-growing countries would have fewer children if they had the resources and freedom to plan the number and timing of their births. An estimated 215 million women in the developing world do not have access to the family planning resources they need. Worldwide, approximately 40 percent of pregnancies are unintended. A study from the Futures Group and calculations by population expert Robert Engelman indicate that if all women were able to become pregnant only when they chose to, global fertility would drop close to or even below replacement level, greatly reducing population growth.

Voluntary family planning programs have proved effective in lowering fertility rates. In Mexico, for instance, a national family planning program started in the mid-1970s with support from the U.S. and the United Nations has helped raise contraceptive use from less than one-fourth to two-thirds of women. Fertility has fallen from roughly 7 to 2.2 births per woman.

Surveys show that across societies, women with more education tend to have fewer, healthier children. In Mali, for example, women with no schooling have 7 children on average, while those with at least a secondary education have fewer than 4. Yet many women around the world still lack access to education.

In 1994, delegates from 179 countries at the International Conference on Population and Development in Cairo, Egypt, recognized reproductive health and family planning as fundamental human rights. Participating countries agreed on the goal of universal, voluntary access to reproductive health and family planning services by 2015, pledging to invest $17 billion per year by 2000 and $22 billion per year by 2015. Thus far, however, contributions have fallen far short of pledges, and close to $20 billion per year above current expenditures is still needed. This investment could prevent 53 million unwanted pregnancies each year, improve infant and maternal health, and reduce associated health care costs.

Access to reproductive health care brings far-reaching benefits to individuals, families, and whole societies. When a woman can choose the timing of her pregnancies, her education is less likely to be cut short by early motherhood. Female education and family planning reduce risks to child and maternal health and boost women’s chances of economic advancement. Smaller family sizes can help raise families out of poverty.

When fertility declines quickly, reducing the number of young dependents relative to working-age adults, countries can experience what is known as the demographic bonus. Governments can spend more per person on public services, families can spend more on each child, and more money is available to invest in economic development. This bonus can kick-start a nation’s economy—it contributed, for instance, to the rapid economic development of several Asian countries, including South Korea and Taiwan, in the 1970s and 1980s.

As the world’s population grows, less land and water are available for each person. Poor people, who often depend more immediately on natural resources and are less able to compete for dwindling supplies, bear the heaviest burden. Meanwhile, rapidly growing populations stress their own local environments. In fast-growing Yemen, the population has increased four-fold over the last 40 years while the overpumping of aquifers has helped shrink the country’s grain harvest by one third. In Pakistan, the pressures of a large and fast-growing population have contributed to widespread deforestation and soil degradation, making the historic flooding events of the last two years even more destructive.

The U.N. population projections do not consider how the environmental problems we create, such as water scarcity and climate change, may limit our ability to grow. Whether we are able to sustain human civilization depends on not only our numbers, but also the rate at which we consume the earth’s resources and create waste. At the global level, we are already far overshooting the earth’s capacity to support us, even as some 1.4 billion people live in extreme poverty.

Another 2 billion people may be added to the world population by mid-century, many of them in places where hunger, poverty and environmental degradation are already taking a high toll. Supporting the world’s human population will mean eliminating poverty, transitioning to an economy that is in sync with the earth, and securing every person’s health, education and reproductive choice. If we do not voluntarily stabilize population, we risk a much less humane end to growth as the ongoing destruction of the earth’s natural systems catches up.