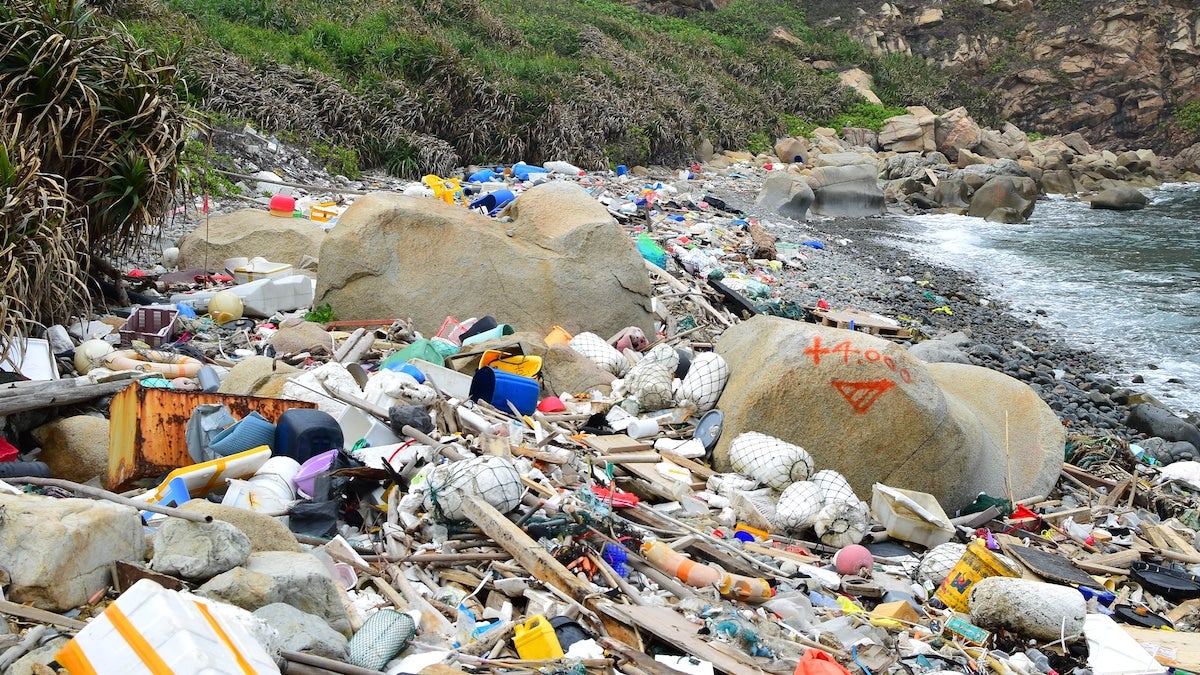 That’s the finding of a new study published in Science Advances last Friday that sought to paint a more accurate picture of the U.S. contribution to the plastic crisis. While previous studies had suggested that Asian countries were responsible for the bulk of ocean plastics, the new study upends this assumption by taking into account the plastic that the U.S. ships abroad.

“For years, so much of the plastic we have put into the blue bin has been exported for recycling to countries that struggle to manage their own waste, let alone the vast amounts delivered from the United States,” lead author and Sea Education Association professor of oceanography Dr. Kara Lavender Law said in a press release emailed to EcoWatch. “And when you consider how much of our plastic waste isn’t actually recyclable because it is low-value, contaminated or difficult to process, it’s not surprising that a lot of it ends up polluting the environment.”

It has long been known that the U.S. produces lots and lots of plastic, but the assumption was that this plastic was being effectively managed. The U.S. Environmental Protection Agency, (EPA), for example, reports that 75.4 percent of plastic waste is landfilled, 15.3 percent is incinerated and 9.3 percent is recycled, which suggests that all U.S. plastic is accounted for. But this does not take into account illegal littering or what happens once plastic is collected for recycling, the study authors pointed out. A 2010 study ranked the U.S. 20th in terms of its overall contribution to ocean plastic pollution. But that study also did not consider the plastic that the U.S. exported to developing countries.

The new analysis concluded that the U.S. generated around 42 million metric tons of plastic in 2016. Of the U.S. plastic collected for recycling, more than half of it was shipped abroad, and 88 percent of that was to countries that struggle to adequately recycle. Further, 15 to 25 percent of it was contaminated or poor quality plastic that would be extremely difficult to recycle anyway. These figures mean that the U.S. is polluting coasts in foreign countries with as much as one million tons of plastic.

“Previous research has provided global values for plastic input into the environment and coastal areas, but detailed analyses like this one are important for individual countries to further assess their contributions,” study coauthor and Distinguished Professor at the University of Georgia’s College of Engineering Dr. Jenna Jambeck said in the press release. “In the case of the United States, it is critically important that we examine our own backyard and take responsibility for our global plastic footprint.”

The study was based on 2016 plastic waste data from both the World Bank and additional U.S. data and was collected and analyzed by the Sea Education Association, DSM Environmental Services, the University of Georgia and the Ocean Conservancy.

Greenpeace, which was not involved in the study, noted in a press release emailed to EcoWatch that many of the same authors had contributed to a 2015 study that also looked at the sources of ocean plastic pollution. That study, Greenpeace argued, had been misinterpreted by corporations and governments to put the blame for the ocean plastic crisis on Asian countries.

“For years, corporations and governments in the Global North have scapegoated countries in Asia for the plastic pollution crisis,” Greenpeace USA Global Plastics project leader Graham Forbes said in the press release. “This comprehensive study now reveals that the United States has generated more plastic waste than any other country, and an enormous amount of that is ending up in our environment. This proves that the recycling infrastructure argument we see from industry is a ruse. Plastic producers and major consumer goods companies have argued that if we just build up recycling infrastructure in Africa and Asia, then we can continue churning out single-use plastic. The U.S. has a relatively robust waste infrastructure, yet an estimated five times as much plastic pollution entered the oceans in 2016 than in 2010. The U.S. needs to stop blaming other countries for its problem and give up its addiction to single-use plastic.”