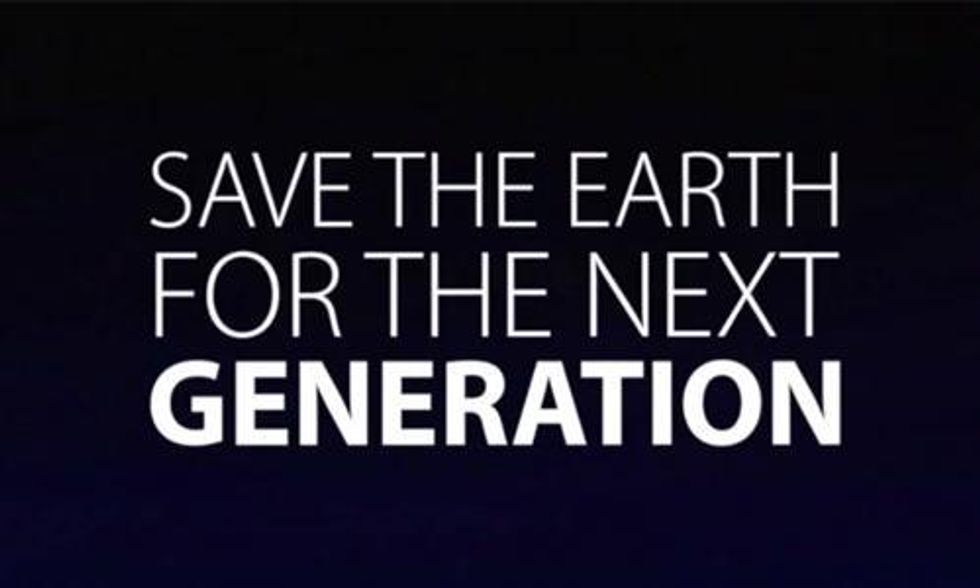 Population Connection announced the winners of this year's “World of 7 Billion” video contest. Thirteen students from four countries and seven U.S. states earned the top spots in the competition, which encouraged high school students around the world to create and enter videos on population growth relating to one of three topics: universal education, diminishing farmland and the sixth mass extinction.

This was the message of high school students who submitted videos for the "World of 7 Billion" contest.

“The ‘World of 7 Billion’ student video contest proves just how powerful youth are to the discussion surrounding population growth,” said John Seager, president of Population Connection. “Each year we are blown away by the quality of videos and their incredible ability to relay a meaningful message in such a short amount of time.”

A panel of 28 judges—including college and high school educators, filmmakers and professionals working on agriculture and sustainability—selected the finalists.

“This year’s videos seemed especially thoughtful given the complexity of topics. And it was exciting to see what solutions the students offered that would impact positive future change,” said Pam Wasserman, vice president for education at Population Connection.

Here is the first place winner for the sixth mass extinction category:

And this is the second place winner for the sixth mass extinction category:

Here's the first place winner for the diminishing farmland category:

And this is the second place winner for the diminishing farmland category:

To see the other finalists' videos, go here.