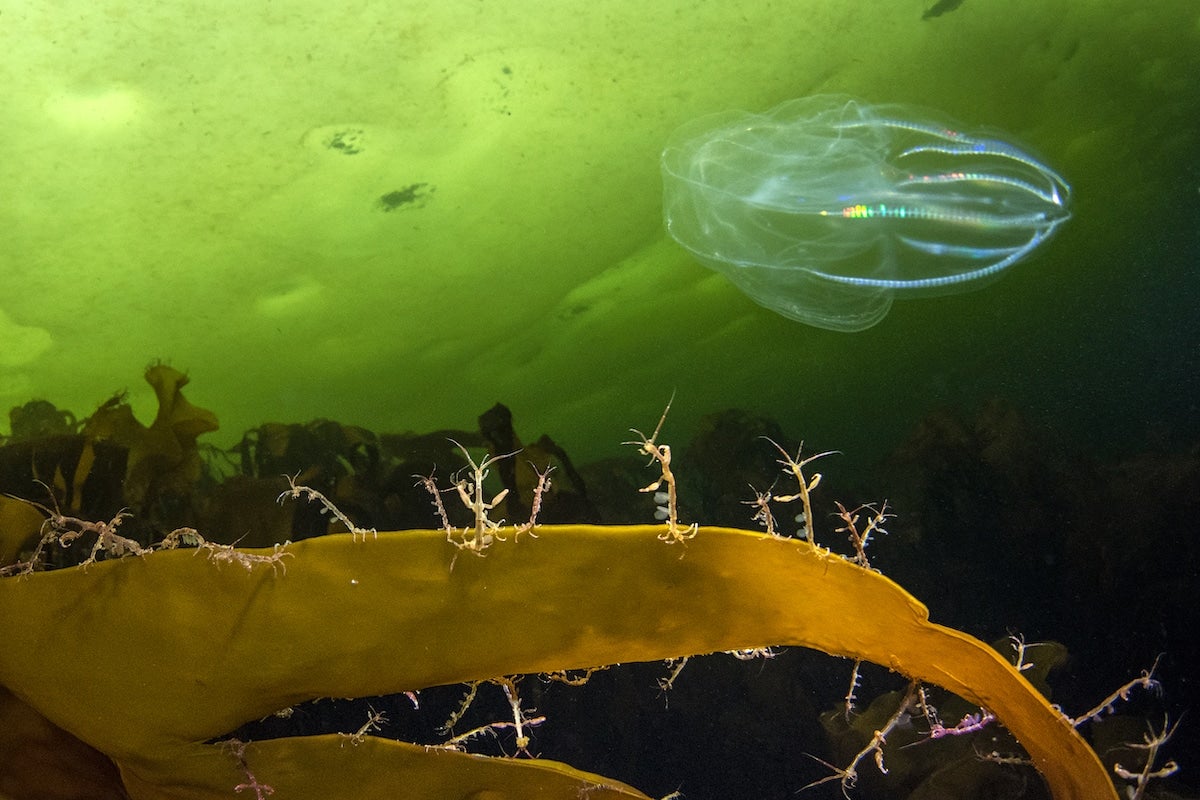 A close encounter between a skeleton shrimp and a comb jelly; a stingray and a porcupinefish searching the same sands for a meal; a family that has lived their whole lives on the water.

These are some of the unique and fascinating snapshots of our blue planet honored by the UN as part of its ninth annual United Nations World Oceans Day (UNWOD) Photo Competition.

“The United Nations World Oceans Day Photo Competition is an ongoing tradition that calls on photographers and artists from around the world to communicate the beauty of the ocean and the importance of the respective UNWOD themes each year,” the UN wrote in a press release emailed to EcoWatch.

This year, the World Ocean Day theme is “Revitalization: Collective Action for the “Ocean.”

“The UNWOD 2022 theme of ‘Revitalization: Collective Action for the Ocean’ encourages collaboration towards a new balance with the ocean that no longer depletes its bounty but instead restores its vibrancy and brings it new life,” the UN wrote in a second press release.

And the winners are…

The winning photo in this category was taken by Nguyen Vu of Cao, Vietnam. Titled, “Ocean Lotus Leaf,” it shows a fisherperson in Vietnam’s Quang Ngai province casting a net that extends leaf-like around their boat.

“In every profession we can find challenges but also beauty,” Vu said. “When the fishermen head out on the water, they hope to return with boats full of fish and shrimp out of necessity. I simply want to convey the beauty of the art of fishing with seine nets in my homeland.”

This photo by Supachai Veerayutthanon of Thailand shows members of the nomadic Bajau people. This community lives exclusively on the water in the Philippines, Malaysia, and Indonesia and have developed the ability to dive beneath the waves for as long as 13 minutes, according to National Geographic.

“Bajau, for many generations, from birth to death, from young to old, they spend their entire lives on their boats,” Veerayutthanon said. “They are not citizens of any state. The sea is their birthplace and their only home on earth.”

This photo by Nicolas Hahn of Argentina showcases the importance of marine protected areas. It shows a diamond stingray and a one-eyed porcupinefish scouring the sands for food while a school of big eye jacks swims behind them.

“The incredible biomass in the Cabo Pulmo national Park (Baja California Sur) allows for some surreal sights,” Hahn said. “Protected areas such as these serve as a strong example of how plentiful our oceans can be when given the chance to recover.”

4. Nature Based Solutions and Ocean Discoveries

This photo by Giacomo d’Orlando of Italy shows marine biologist Adriana Campili at work as she checks the status of the Reef Aquarium at the laboratory of the Australian Institute of Marine Science, which is the body that monitors the health of the Great Barrier Reef. Located in Townsville, Australia, it also conducts experiments on coral in its Sea Simulator in order to help reefs survive the climate crisis.

“In this image I wanted to depict the tight connection between the human being and the marine ecosystem, underlining the importance of this natural bond,” d’Orlando said.

This image by Viktor Lyaguskin of Georgia is titled “Aliens meet spaceship,” and it shows how truly extraterrestrial life beneath the waves can appear when you really look at it. In this case, the alien and the spaceship are really a type of shrimp and jellyfish, respectively.

“Caprellas, also known as skeleton shrimps, are very funny and tiny animals: they grow to a maximum of 6 cm [approximately 2 inches] long,” Lyaguskin said. “They are very social and active, eating non stop and fighting with each other. The ‘spaceship’ is a Bolinopsis infundibulum, common northern comb jelly. Bolinopsis don’t sting but are carnivorous and eat everything they catch, even other comb jellies. In my image it is floating under the ice.”

The final winning photograph was a series snapped by Aunk Horwang of Thailand that draws attention to a deadly form of marine pollution by showing a diver freeing a manta ray from a net.

“Ghost nets are one of the deadliest forms of marine pollution in the Thai oceans,” Horwang said. “On frequent occasions the ghost fishing nets entangle large marine creatures like this manta ray. This can be life threatening to them if not rescued, for example by a diver.”

The day was organized by the UN Division for Ocean Affairs and the Law of the Sea of the Office of Legal Affairs with help from non-profit Oceanic Global and La Mer. The photo contest in particular was curated by Ellen Cuylaerts and coordinated with DivePhotoGuide (DPG) and the Intergovernmental Oceanographic Commission of UNESCO.