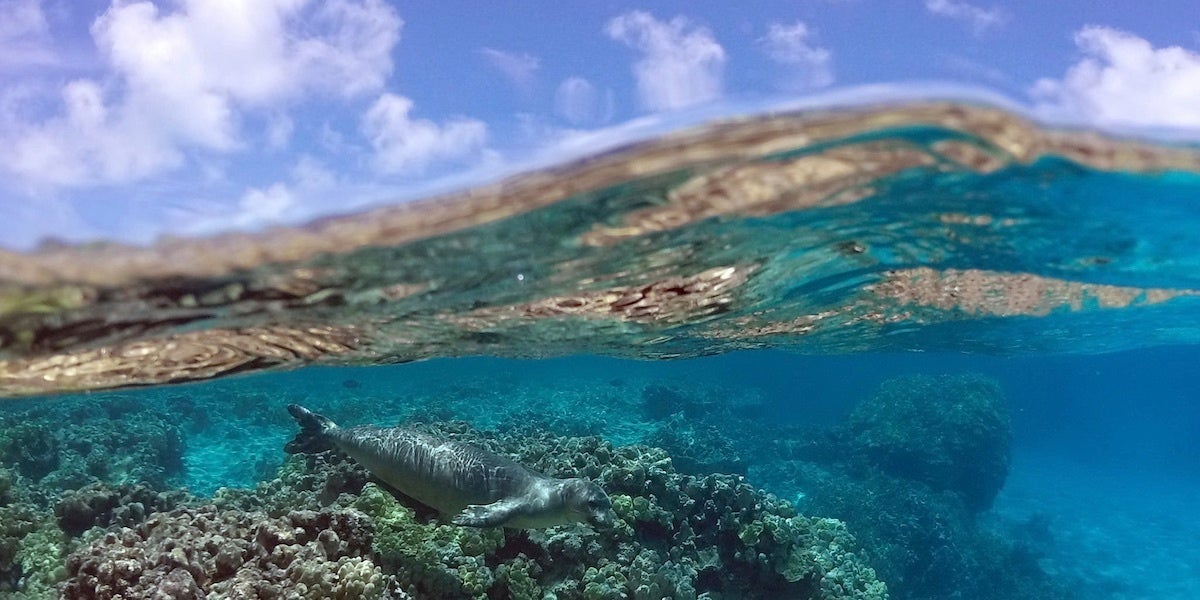 The world’s
oceans are vast and boundless, and its spectacular and innumerable diversity of sea creatures and plants may seem immune from human harm. But as U.N. Secretary-General Antonio Guterres said at the United Nations conference on oceans last year, our seas and its inhabitants are “now under threat as never before.”

The human footprint has pushed marine species numbers to the “brink of collapse.” The constant consumption of plastics has turned our oceans into a dumping ground. And the burning of fossil fuels has fueled ocean heating, leading to dire consequences such as declining oxygen levels in the oceans, coral bleaching and sea level rise.

Today, as we celebrate World Oceans Day, EcoWatch has launched a new vertical to highlight the critical role of our oceans, to feature heroes who work tirelessly to conserve our beautiful and precious marine environments, and to inspire readers to take action to protect our seas.

“We each have a stake in taking action to ensure the places where we surf, swim, play and live are protected for this and future generations,” he added.

The ocean truly is Earth’s most powerful resource. It not only feeds billions of people and contributes $1.5 trillion annually in value-added to the overall economy, it provides 70 percent of the oxygen in the atmosphere.

“Do you like to breathe? Well, then you should find the ocean important too!” Emy Kane, digital strategist at
Lonely Whale, noted. “Our ocean is critical to all human life—to our water supply, oxygen levels, trade networks, food systems and general wellbeing. That’s why it is of the utmost importance that we care for the ocean today to protect and preserve our future.”

Protecting our oceans starts with you, because our lawmakers might not be as focused on this particular issue. A recent
AidData survey of 3,500 leaders in developing countries revealed that of the United Nations’ 17 Sustainable Development Goals, marine conservation ranked at the bottom of their priorities.

“The oceans are so important because of their tremendous potential—something that is unfortunately being overlooked by too many world leaders,”
Oceana CEO Andy Sharpless told us. “A healthy ocean, responsibly managed, could feed more than a billion people a day, and do so in a way that is truly sustainable. Wild fish can be a source of vital nutrition for the future inhabitants of our planet.”

Sharpless continued, “the reason that I believe in this vision so passionately is that it’s a win-win proposition. The same policies that help wild fish populations thrive—ending overfishing, protecting habitat, and stopping pollution—also protect the amazing biodiversity and stunning marine life that inspire us all.”

Fortunately, there are many things you can do to keep our oceans healthy. For instance, say no to plastic straws at restaurants and bars, or bring your own reusable bag to the supermarket.

You can also volunteer at a beach cleanup, pressure your local lawmakers and government to take action, and spread the word to your friends and family.

DiFrisco added, “On World Oceans Day, we challenge everyone everywhere to speak up for the ocean and join the virtual
March for the Ocean wherever you live and the physical march in Washington DC on June 9.”