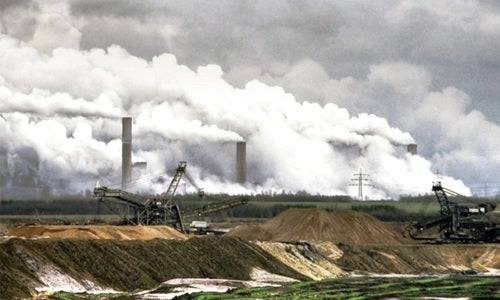 Leaders of G7 countries at this weekend’s summit in Germany are being called on today to show leadership by pledging to end all coal burning for electricity generation in the industrialized world. 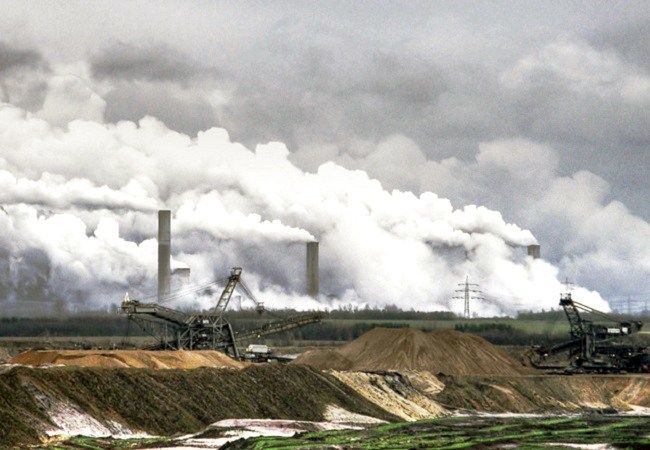 “Let Them Eat Coal,” a report by  the international relief charity Oxfam, explains how it can be achieved without financial difficulty, and warns that continuing to burn coal will kill millions because of the food shortages that climate change will cause.

The report is endorsed by a group of scientists, politicians, industrialists, trade unionists and campaigners, who say that only with political leadership from G7 can the prospects of dangerous climate change be averted.

It points out: “Each coal power station can be seen as a weapon of climate destruction—fueling ruinous weather patterns, devastating harvests, driving food price rises and ultimately leaving more people facing hunger. With these climate impacts falling disproportionately on the most vulnerable and least food-secure people, the burning of coal is further exacerbating inequality.”

It points out that G7 coal plants emit twice as much fossil fuel carbon dioxide emissions as the whole of Africa, and that “rich industrialised countries must stop hiding behind countries like China and take the lead in kicking their own coal habit”.

Coal provides 41 percent of the world’s electrical power but 72 percent of power-sector emissions. The report details how it is now cheaper to invest in and produce electricity with renewables than in coal plants in G7 countries.

The report details how many ageing coal plants each G7 country still operates, and how the wealthiest countries of the world can switch to alternatives, while creating jobs and without losing money.

Few of the G7 countries have built new coal plants, so closing them down would not lose capital investment. Ironically, Germany, which sees itself as a world leader in renewables and is the G7 host, has opened massive new coal-burning plants and will take longest to phase out coal unless it is prepared to lose money.

The report warns: “Coal power plants are the biggest obstacle standing between us and the internationally-agreed target to limit warming to 2 degrees [Centigrade].

“G7 leaders meeting in 2015 can signal the beginning of the end of the coal era. By doing so, they can establish new momentum towards this year’s crucial UN climate talks in Paris and create thousands of new jobs in the clean technologies of the future.

“As the country-specific coal exit plans outlined in this paper make clear, this is not a pipe dream—it is a clear political opportunity that G7 governments can and must seize.”

Among those endorsing the report is Professor Olivier De Schutter, co-chair of the International Panel of Experts on Sustainable Food Systems. He said coal-fired stations “increasingly look like weapons of destruction aimed at those who suffer the impacts of changing rainfall patterns as well as of extreme weather events. Getting rid of our addiction to coal is both possible and necessary.”

Dr Michael Grubb, senior research fellow at the Cambridge University Centre for Climate Change Mitigation Research, said: “The extraordinary irony is that study after study is showing that coal is bad for G7 economies. The damages associated with extracting and burning coal outweigh any apparent economic value—before even considering its impact on climate change.”