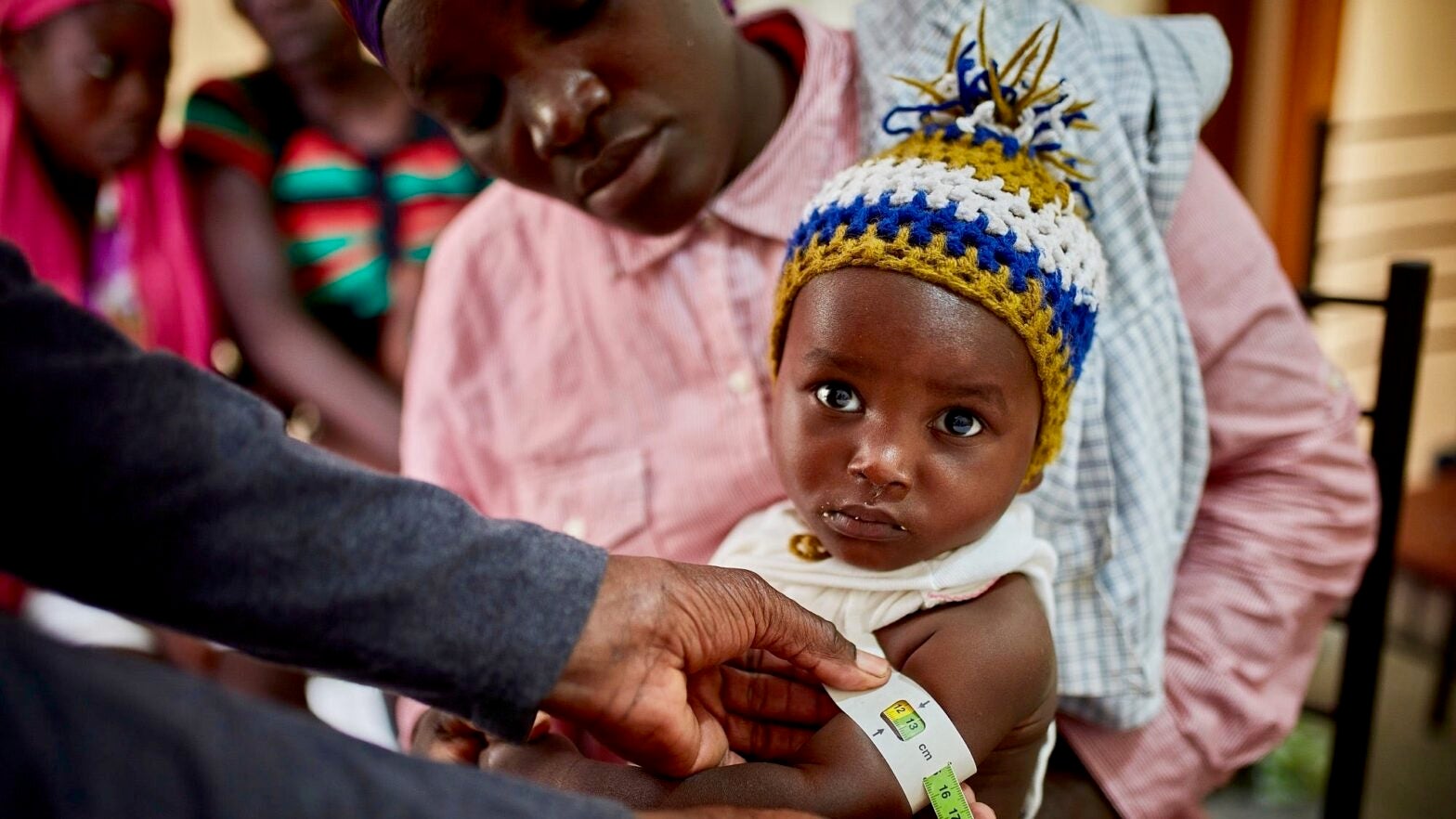 As a child growing up on a farm in Ghana, I have personally known hunger. The most challenging time was between planting and harvesting – “the hunger season.” There were many occasions when we did not know where the next meal would come from.

Today, on World Food Day, I think of the 820 million people around the world who are undernourished.

While this statistic is shocking, the global community has actually cut the proportion of malnourished children in half over the last 40 years, and pioneered new ways to detect and treat malnutrition. However, hunger rates remain unnecessarily high. If the world stays on its current path, tens of millions more children will die of hunger by 2030, the target for the UN Sustainable Development Goal of ending malnutrition worldwide.

Preventing child deaths is a moral imperative. It should outrage us that nearly 50 million children are acutely malnourished — that’s 7.3 percent of all children under the age of five. Fewer than one in four of those children can hope to access lifesaving treatment. Around the world, when a child dies before they reach their fifth birthday, malnutrition is a root cause nearly half the time — even though hunger is preventable and treatable. 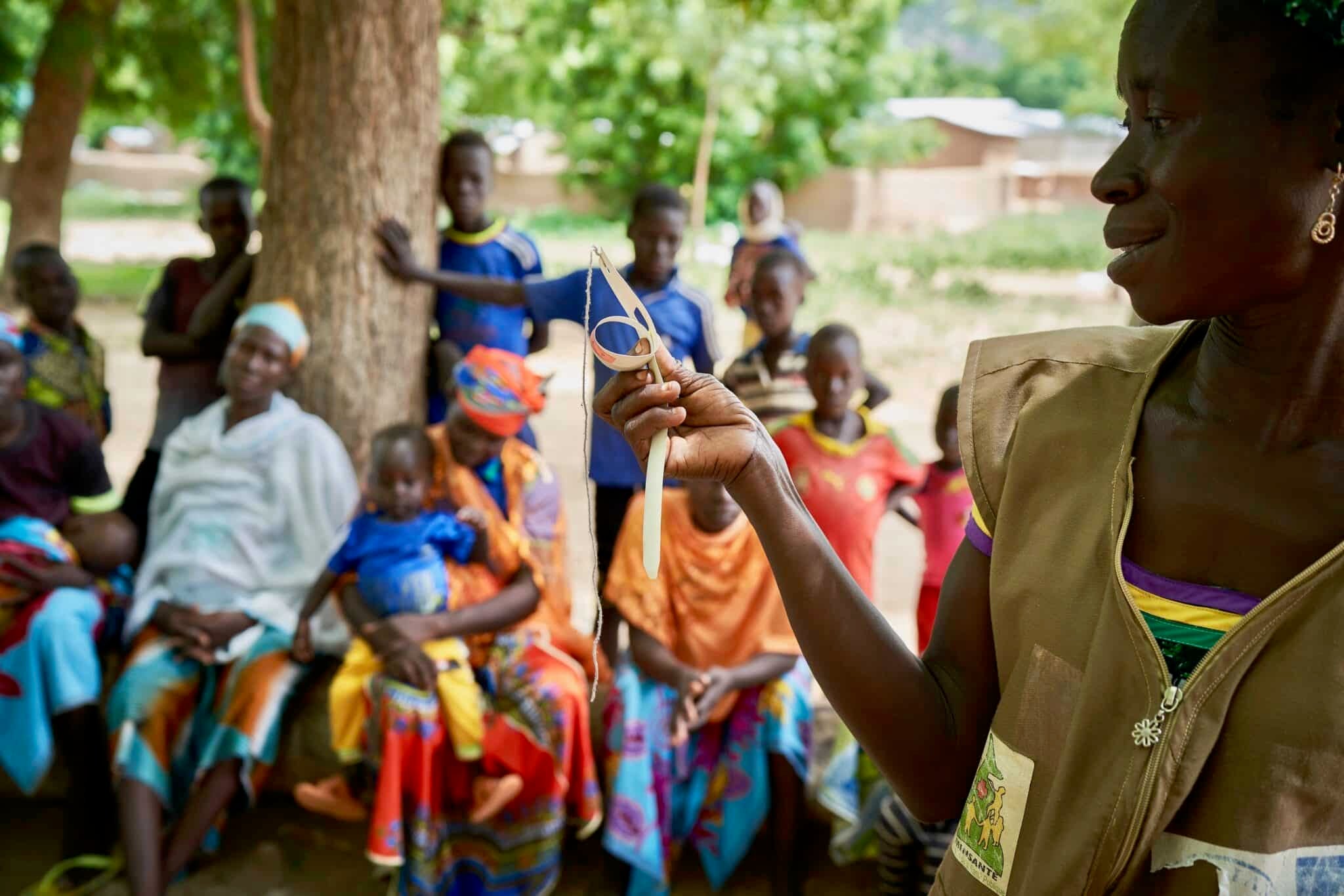 In a community education session, Action Against Hunger trains parents how to detect malnutrition.

Hearing this, and then hearing that the U.S. spends a tiny fraction of 1 percent of the federal budget fighting global hunger, you might think people don’t care. In fact, most don’t even know. A new poll that we just released today at Action Against Hunger found that more than 65 percent of Americans say the number of child deaths attributable to hunger is higher than they realized.

Across generations, more than 80 percent of those polled think the U.S. government isn’t doing enough on global hunger, and most say they would have a more positive view of 2020 presidential candidates who address this issue.

Most Americans polled also support tax increases on ultra-wealthy individuals (57 percent) and corporations (58 percent) to combat child deaths from hunger, especially Generation Z and millennials, who are even more likely to support increased taxes for the cause.

It’s a hopeful sign that younger generations also are leading the way in calls for greater U.S. involvement on this issue. Gen Z and millennials are more concerned about the link between hunger and the climate crisis, for example, which is reducing both the quality and quantity of crops, lowering yields and exacerbating water scarcity.

The world needs a better way to deal with hunger, helping fragile communities become more resilient and better able to deal with the challenges ahead. That includes empowering parents and health workers with simple tools to tell if children are malnourished before it’s too late, even in places without electricity or internet access, and with low literacy rates. 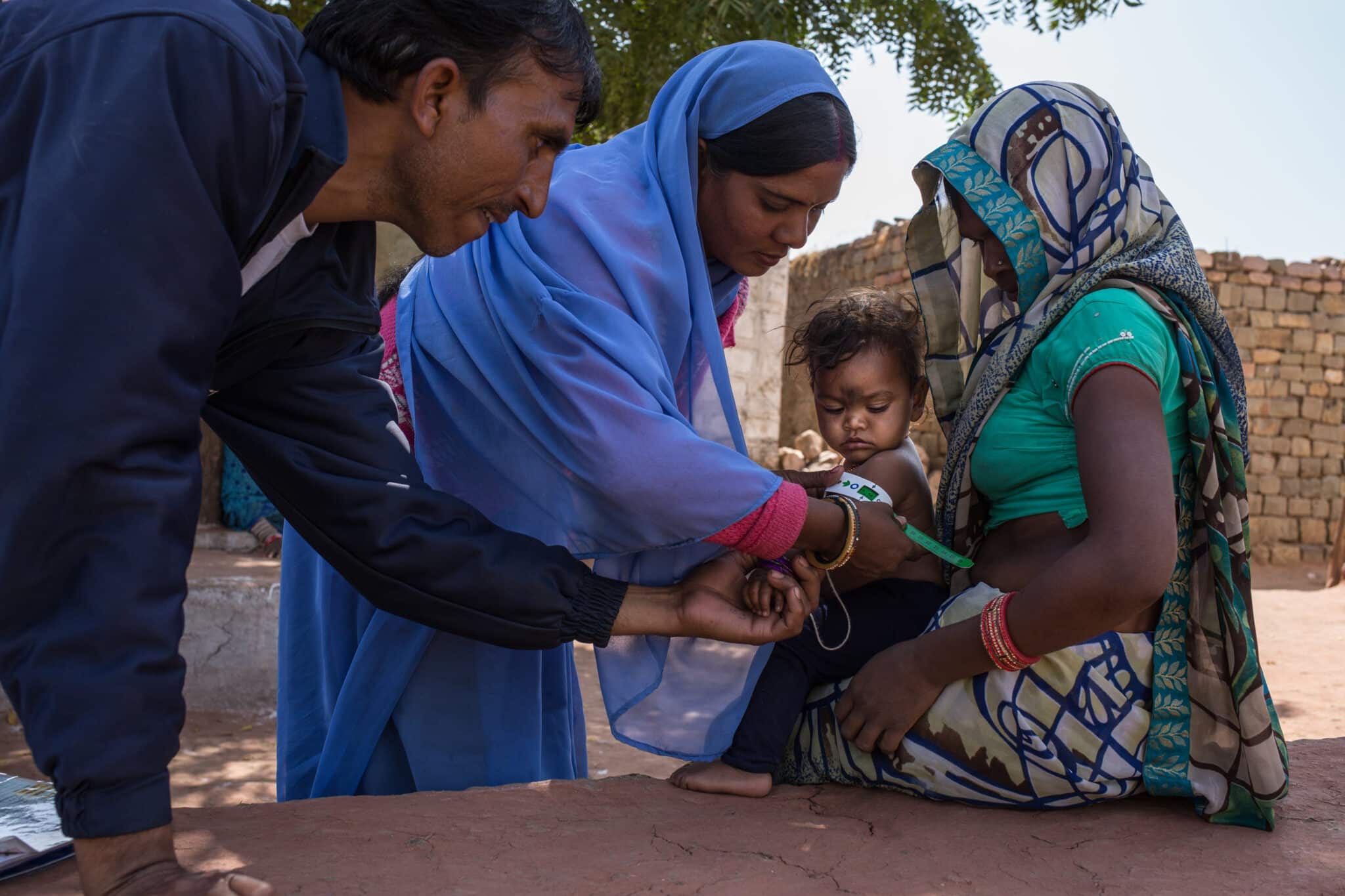 An Action Against Hunger-trained community health worker shows a mother how to detect malnutrition using a diagnostic band.

One example of a solution is a simple, inexpensive band that acts as a “nutrition thermometer.” It wraps around a child’s upper arm, stopping at a color that corresponds to their nutrition status: green indicates good health, while yellow or red means the child is malnourished. Once it’s known that a child needs help, they can be treated and cured through a highly effective medical intervention.

While most Americans surveyed prefer to donate food, the cure for malnutrition is not that simple. Severely malnourished children often do not have an appetite for food and cannot handle a normal diet right away. Instead, proven medical treatment involves a regimen of easily-digestible, calorie-rich and ready-to-eat packets containing essential vitamins and minerals, which can bring a child from a medical crisis to full health in 45 days. Infants and complicated cases are treated in hospitals and health centers, but often, recovery for most can take place at home, with regular monitoring by a community health worker.

Broad investment in nutrition programming is a wise investment. For example, The 2015 International Food Policy Institute reports that every spent on reducing hunger can deliver up to in return. Opportunity begins where hunger ends. It did for me.

The fact that you are reading this means someone invested in you, too. Now, it’s our turn to build a future where no lives are wasted. At Action Against Hunger, we may never know the names or stories of the children that we are helping around the world, just as they may not know ours, but we can know that our world will be brighter if we can ensure each one has a chance to grow up healthy and strong.

On World Food Day, and every day, we must band together to ensure the basic human right of adequate nutrition for everyone, for good.

Dr. Charles Owubah is the CEO of Action Against Hunger, a global humanitarian organization committed to ending world hunger.