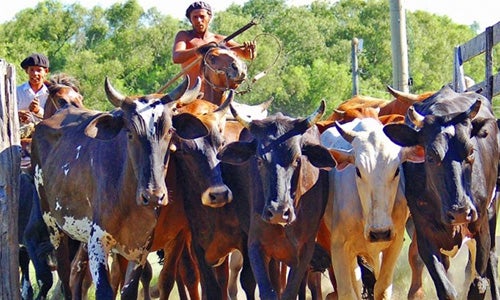 The world’s farmers and food producers must do more—perhaps five times as much—to reduce the greenhouse gas (GHG) emissions that threaten catastrophic global climate change, according to new research.

Right now, scientists calculate that the options available to meet the recent Paris agreement to limit global warming to a maximum of 2 C above historic levels would deliver at most 40 percent and at the lowest estimate 21 percent, of the mitigation necessary. 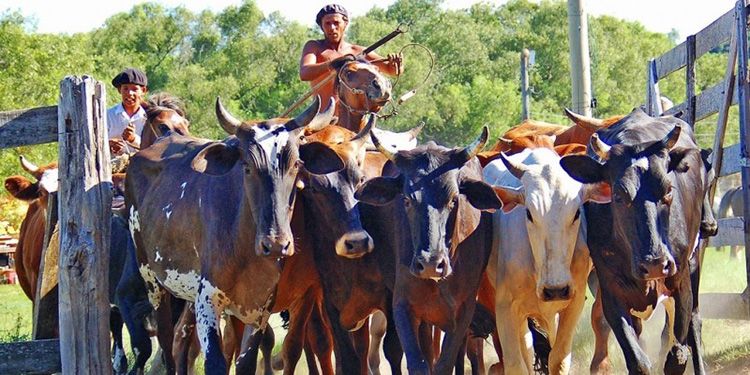 That means that cattlemen, rice farmers, shepherds, growers and livestock managers of all kinds must somehow achieve reductions in methane and oxides of nitrogen equivalent to a billion tons of carbon dioxide each year by 2030.

Carbon dioxide is the principal greenhouse gas, but although the others are released in much lower quantities and linger in the atmosphere for a much shorter span, they are also many times more potent in terms of the greenhouse effect.

This new look at the challenge ahead for the world’s food producers, published in Global Change Biology journal, is the outcome of a co-operation between scientists from 22 institutes or laboratories of global distinction.

“This research is a reality check,” said Lini Wollenberg, an anthropologist and natural resource management specialist at the University of Vermont, who leads the low emissions development research program of the Climate Change, Agriculture and Food Security collaboration.

“Countries want to take action on agriculture, but the options currently on offer won’t make the dent in emissions needed to meet the global targets agreed to in Paris. We need a much bigger menu of technical and policy solutions, with major investment to bring them to scale.”

In the developing countries, agriculture is the source of about 35 percent of total greenhouse gas emissions; in the developed world, this share is about 12 percent.

At the Paris climate change conference last December, 195 countries pledged to take action and agriculture is included in the mitigation plans promised by 119 of the signatory nations. These Nationally Determined Contributions are, however, still just promises and nobody is sure how such promises are to be delivered.

Agriculture involves a complex bargain with the atmosphere. Plants soak up carbon dioxide, soils both store and release oxides of nitrogen, animals and microbes digest plants and release CO2 and methane.

So researchers have begun to look at every aspect of the greenhouse world—in the rice fields and cattle yards and in the intricate processes involved in tillage and harvest.

They have considered the impact of climate change on world harvests and the way wasteful processes contribute to climate change. They have examined the ways in which farming practices change the atmosphere and have begun to look at every process in the traffic between soil and air, literally from the ground up.

This has involved thinking about cattle digestive tracts and why rice paddy fields produce so much methane. Scientists have considered the emissions linked to the way human diet has begun to change. And they have even concluded that, in principle, it should be possible to feed the world and spare the forests and contain emissions all at the same time.

But with a global population predicted to reach 9 billion sometime this century and against a background of difficult-to-predict climate change, farming practices must also change. Researchers need to think again about the efficient management of livestock, fertilizer use and every other aspect of food production.

“We need to help farmers play their part in reaching global climate goals while still feeding the world,” said Prof. Pete Smith, a co-author of the report and “theme leader” for environment and food security at the University of Aberdeen.

“Reducing emissions in agriculture without compromising food security is something we know how to do. A lot can already be done with existing best management practices in agriculture,” Smith said.

“The tough part is how to reduce emissions by a further two to five times and support large numbers of farmers to change their practices in the next 10 to 20 years,” Smith added.