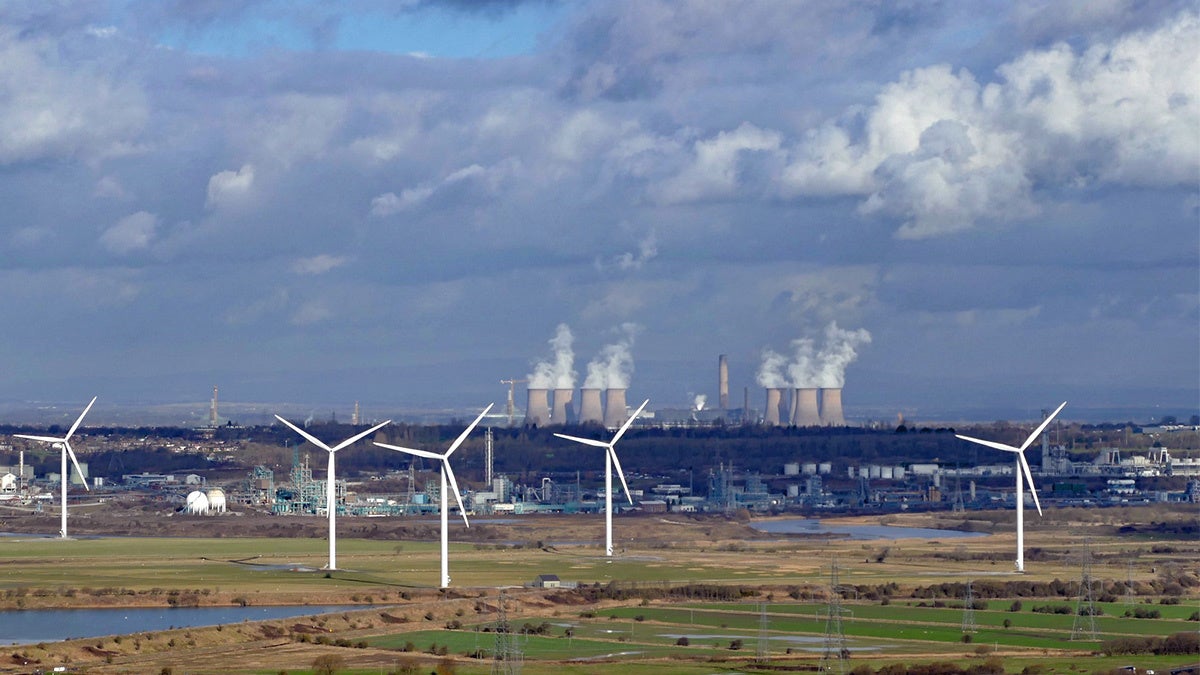 Six of the nineteen wind turbines which were installed on Frodsham Marsh, near the coal-powered Fiddler's Ferry power station, in Helsby, England on Feb. 7, 2017.

Sales of electric cars are surging and the world is generating more and more power from renewable sources, but it is not enough to cut greenhouse gas emissions and to stop the global climate crisis, according to a new report from the International Energy Agency (IEA).

The IEA issued its annual World Energy Outlook, an 810-page report that forecasts global energy trends to 2040. However, high up in the foreword the IEA makes it clear that it is not in the business of making predictions.

“The [World Energy Outlook] analyzes the choices that will shape our energy use, our environment and our wellbeing. It is not, and has never been, a forecast of where the energy world will end up,” the report reads.

While the report did increase its projections for cleaner energy sources, it also warned that policies on the books will allow greenhouse gas emissions to rise for the next 20 years, especially since our demand for energy from fossil fuels continues to rise, as CNBC reported.

“Without new policies in place, the world will miss its climate goals by a very large margin,” said Fatih Birol, the IEA’s executive director, as The New York Times reported.

The IEA noted the companies and investors can make a big difference, but combating the climate crisis really requires a shift in policy.

“Governments must take the lead … the greatest capacity to shape our energy destiny lies with governments,” said the IEA, as the AP reported.

Here are three troubling takeaways from the report:

The demand for SUVs continues to climb in the U.S., China, India and Europe. Since they are harder to run on electricity than smaller cars, their continued growth could negate all gains made by electric cars, according to the World Energy Outlook, as the AP reported.

Even as the electric vehicle market climbs due to incentives in China and California and increased battery efficiency, the report questions if car makers will have the incentive to find a way to make SUVs electric and to convince consumers to buy them. After all, the growth in the SUV market shows no signs of abating. In 2000, just 18 percent of cars sold worldwide were SUVs. Today that number is 42 percent according to the report, as The New York Times reported.

“Two out of three buildings worldwide today are being built without efficiency codes and standards,” said Birol, as The New York Times reported. “And those buildings can last for five to six decades, so focusing on efficiency is very important.”

3. We Need Africa to Go Green

The World Energy Outlook noted that Africa is poised to urbanize at breakneck speed in the next few decades, and how it decides to fuel that growth will have a tremendous impact on the world. If it decides to grow the way China and India have then greenhouse gas emissions will rise considerably, as The New York Times reported.