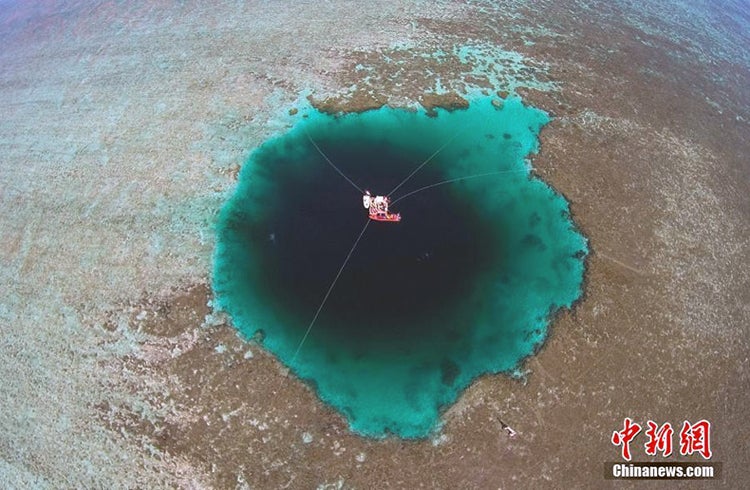 Chinese scientists believe they have discovered the deepest “blue hole” on the planet.

“Dragon Hole,” in the Paracel Islands—which are disputed islands claimed by China, Taiwan and Vietnam—is reported to be 987 feet deep, according to Chin’s state-run news agency Xinhua. The blue hole—a giant pit in the sea that is known for its distinctive blue color—previously thought to be the deepest is Dean’s Blue Hole in the Bahamas. Dragon Hole is more than 300 feet deeper than Dean’s Blue Hole.

Scientists have already found 20 species of fish in the hole, according to the Sansha Ship Course Research Institute for Coral Protection. The institute enlisted a robot, equipped with a depth sensor, to explore the blue hole.

“Dragon Hole” could also provide scientists “detailed records of how the climate or water level changes over tens of thousands of years,” Yang Zuosheng, of Ocean University of China, told CCTV.

“Once we have that data, we can deduct the patten of evolution for climate change in the South China Sea, including its ecosystem, hydrological system and its landform,” he said.

“We will strive to protect the natural legacy left by the Earth,” Xu Zhifei, vice mayor of Sansha City, told Xinhua.