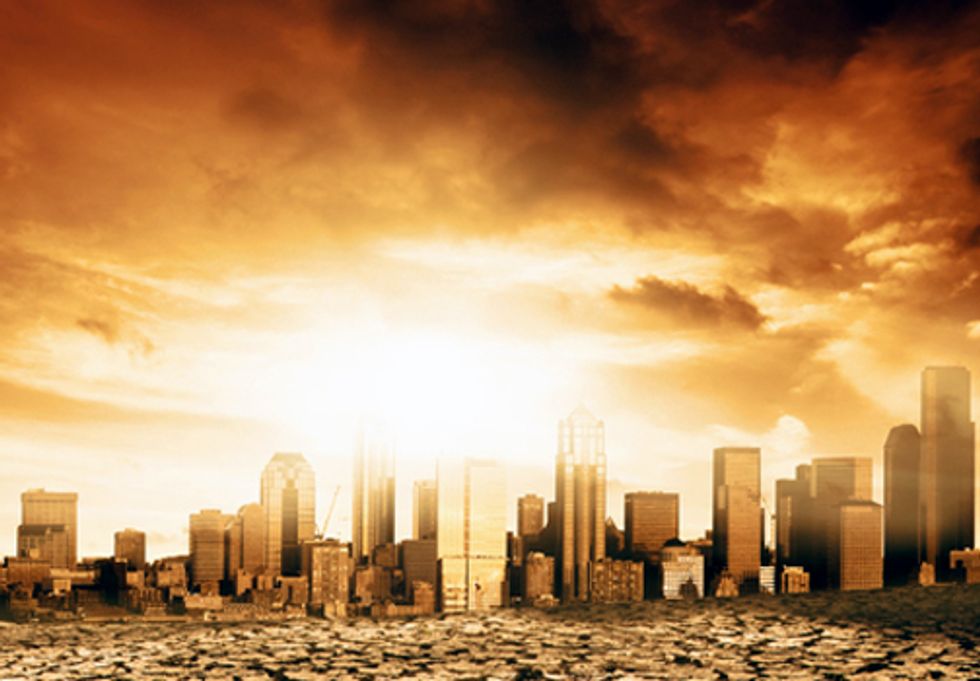 All regions of the world would suffer—some more than others—but the report finds that the poor will suffer the most.

Turn Down the Heat: Why a 4°C Warmer World Must be Avoided, a snapshot of the latest climate science prepared for the World Bank by the Potsdam Institute for Climate Impact Research (PIK) and Climate Analytics, says that the world is on a path to a 4 degree Celsius (4°C) warmer world by end of this century and current greenhouse gas emissions pledges will not reduce this by much.

“A 4 degree warmer world can, and must be, avoided—we need to hold warming below 2 degrees," said World Bank Group President Jim Yong Kim. “Lack of action on climate change threatens to make the world our children inherit a completely different world than we are living in today. Climate change is one of the single biggest challenges facing development, and we need to assume the moral responsibility to take action on behalf of future generations, especially the poorest."

The report says that the 4°C scenarios are potentially devastating: the inundation of coastal cities; increasing risks for food production potentially leading to higher under and malnutrition rates; many dry regions becoming dryer, wet regions wetter; unprecedented heat waves in many regions, especially in the tropics; substantially exacerbated water scarcity in many regions; increased intensity of tropical cyclones; and irreversible loss of biodiversity, including coral reef systems.

"The Earth system's responses to climate change appear to be non-linear," points out PIK Director, John Schellnhuber. "If we venture far beyond the 2 degrees guardrail, towards the 4 degrees line, the risk of crossing tipping points rises sharply. The only way to avoid this is to break the business-as-usual pattern of production and consumption."

The report notes, however, that a 4°C world is not inevitable and that with sustained policy action warming can still be held below 2°C, which is the goal adopted by the international community and one that already brings some serious damages and risks to the environment and human populations.

“The world must tackle the problem of climate change more aggressively," Kim said. “Greater adaptation and mitigation efforts are essential and solutions exist. We need a global response equal to the scale of the climate problem, a response that puts us on a new path of climate smart development and shared prosperity. But time is very short."

The World Bank Group's work on inclusive green growth has found that with more efficient and smarter use of energy and natural resources opportunities exist to drastically reduce the climate impact of development without slowing poverty alleviation or economic growth.

“While every country will take a different pathway to greener growth and balance their own need for energy access with energy sustainability, every country has green growth opportunities to exploit," said Rachel Kyte, World Bank Vice President for Sustainable Development.

Those initiatives could include: putting the more than US$1 trillion of fossil fuel and other harmful subsidies to better use; introducing natural capital accounting into national accounts; expanding both public and private expenditures on green infrastructure able to withstand extreme weather and urban public transport systems designed to minimize carbon emission and maximize access to jobs and services; supporting carbon pricing and international and national emissions trading schemes; and increasing energy efficiency—especially in buildings—and the share of renewable power produced.

“This report reinforces the reality that today's climate volatility affects everything we do," Kyte said. “We will redouble our efforts to build adaptive capacity and resilience, as well as find solutions to the climate challenge."

Turn Down The Heat: Why a 4°C Warmer World Must be Avoided summarizes a range of the direct and indirect climatic consequences under the current global path for greenhouse gas emissions. Key findings include:

The report states that the science is unequivocal that humans are the cause of global warming, and major changes are already being observed. The global mean temperature has continued to increase and is now about 0.8°C above pre-industrial levels.

While a global warming of 0.8°C may not seem large, the report notes that many climate change impacts have already started to emerge, and the shift from 0.8°C to 2.0°C warming or beyond will pose much larger challenges. But a global mean temperature increase of 4°C approaches the known historic level of change for the planet, which harks back to the last ice age when much of central Europe and the northern United States were covered with kilometers of ice and global mean temperatures were about 4.5°C to 7°C lower. And this contemporary human-induced climate change, the report notes, is occurring over a century, not millennia.

Kyte said, “The Bank commissioned the Potsdam Institute for Climate Impact Research and Climate Analytics to make a summary analysis of the latest climate science, as a means to better understand the potential impact of a 4°C warmer world in developing countries."

Today, the Bank is helping 130 countries take action on climate change. Last year, it doubled its financial lending that contributes to adaptation. The Bank-administered US$7.2 billion Climate Investment Funds are now operating in 48 countries, leveraging an additional US$43 billion in clean investment. Increasingly, the Bank is supporting action on the ground to finance the kind of projects that help the poor grow their way out of poverty, increase their resilience to climate change, and achieve emissions reductions.