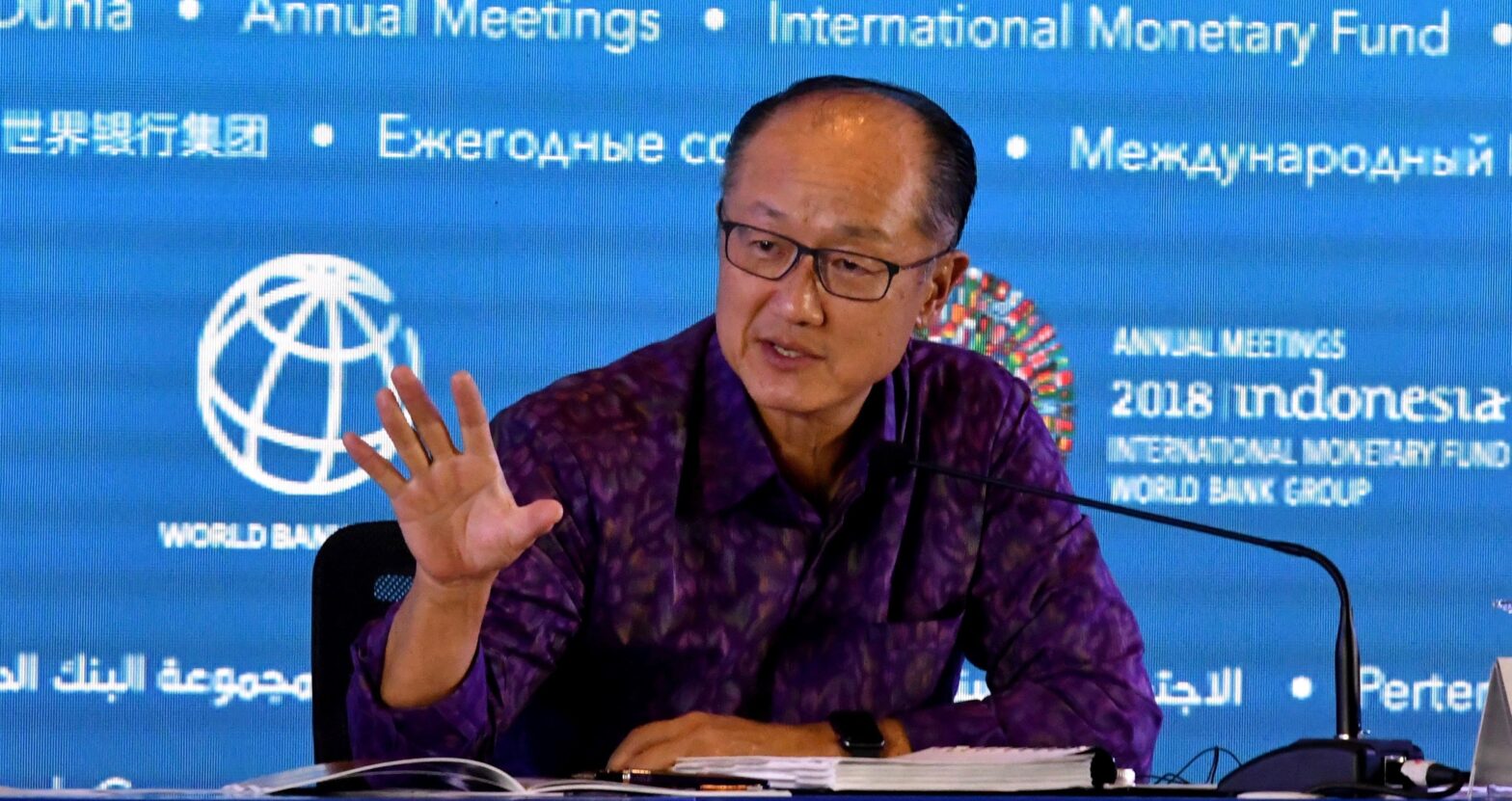 Correction: A previous version of this article ran the headline The World Banks Quits Coal. The article has been updated for accuracy to emphasize that the shift to renewables was driven by cost.

The World Bank has withdrawn its support for a planned 500-megawatt
coal plant in Kosovo because it cannot compete with renewable energy on price, president Jim Yong Kim said Wednesday.

The power plant was the last coal project being considered for financing by the World Bank.

“We have made a very firm decision not to go forward with the coal power plant because we are required by our by-laws to go with the lowest cost option, and renewables have now come below the cost of coal,” Kim said
(skip to the 55:03 mark in this video). “So without question, we are not going to do that.”

The remarks were made during the World Bank and the International Monetary Fund meetings in Bali, Indonesia.

The World Bank provides financial, advisory and technical support to developing countries. In December, the Washington-based lender
announced at the One Planet climate summit it will “no longer finance upstream oil and gas, after 2019.” The move was also aimed at helping countries meet their emissions reduction pledges made at the 2015 Paris climate talks.

Kosovo’s government announced in 2015 that it had
signed an agreement with the World Bank and U.S. company ContourGlobal to build the facility, according to Climate Home News.

It is not clear how the government will proceed with the plant now that it no longer has the World Bank’s backing, Reuters reported. Kosovo has the fifth largest lignite reserves in the world and most of its electricity is produced in two aging coal-fired plants.

The
Sierra Club praised the bank’s move. Lignite, also known as brown coal, is considered one of the dirtiest fossil fuels. The Sierra Club said in a press release that lignite coal is responsible for hundreds of premature deaths, tens of thousands of new cases of childhood respiratory diseases and costs millions in healthcare each year.

Developers have already proposed wind, solar and battery solutions that could provide the same amount of power at a lower cost and with less deadly pollution, the group added.

A January report from the International Renewable Energy Agency found that renewables have emerged as an increasingly competitive way to meet new power generation needs, and is expected to be consistently cheaper than fossil fuels in just a few years.

“This decision by the World Bank recognizes several key truths,” John Coequyt, Sierra Club’s global climate policy director, said in the press release. “First, the public doesn’t want dirty coal. Second, coal is a bad investment, because clean energy is cheaper than coal in places all over the world. Third, if we want to curb the most catastrophic effects of the climate crisis, we have to move off coal immediately.”