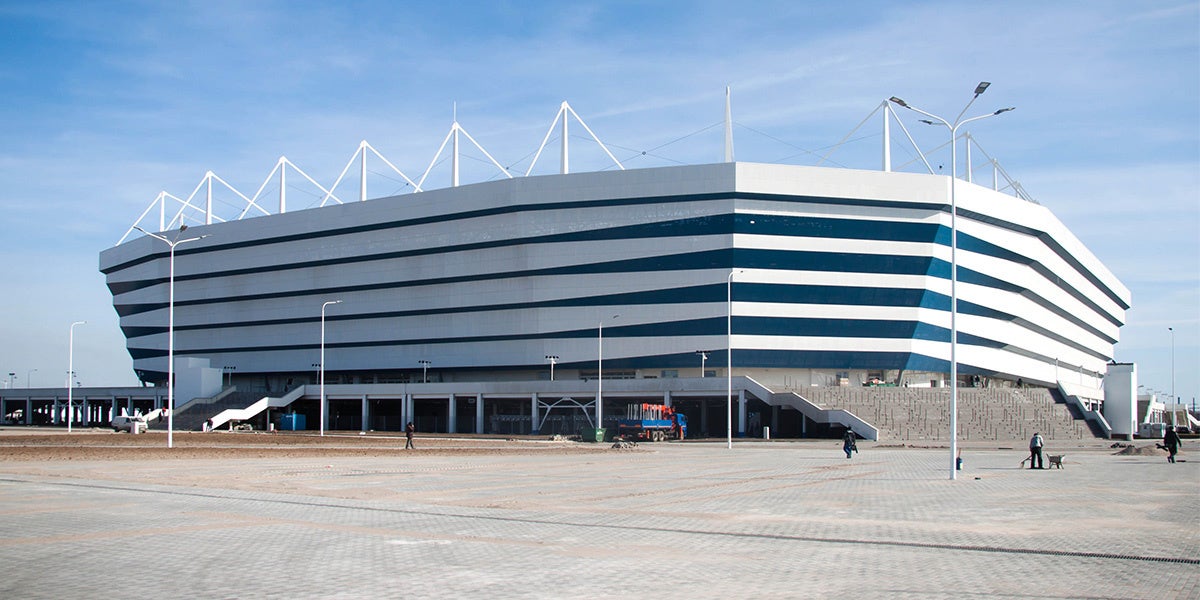 When the World Cup kicks off in Russia Thursday, it will be the first World Cup whose stadiums were required by the Fédération Internationale de Football Association (FIFA) to incorporate sustainability into their construction and renovation, according to the FIFA report More Sustainable Stadiums.

“Stadiums are key in our efforts to stage a successful and more sustainable FIFA World Cup, which is why FIFA has made green certification mandatory for all arenas used for the event,” FIFA head of sustainability and diversity Federico Addiechi said in February, when FIFA announced that three Russian stadiums had already passed certification.

But local Russian activists say some of the green stadiums were nevertheless built on vulnerable ecosystems, ABC News reported Tuesday.

The Kaliningrad Stadium, for example, where England and Spain will play, was built with environmentally friendly materials and energy efficient heating, ventilation and electricity systems, according to a FIFA report.

It was also constructed on top of October Island, a haven for birds and one of Kaliningrad’s last wetlands.

“It was a typical delta island, with peat and a wetland reed-bed. It was a little corner of heaven in the city, where birds lived,” local ecologist Alexandra Korolyova, who campaigned against the stadium’s construction, told ABC News. “Really, if Russia paid more attention to protecting the environment, it could potentially have become a reservation or national park within the city.”

Instead, in 2014, part of the wetlands were covered with more than a million tons of sand to prepare the area for construction.

The Kazan Arena, which earned a “silver” according to the “RUSO. THE FOOTBALL STADIUMS” certification developed for the World Cup, was also the site of protests in 2016 due to plans to expand a nearby parking lot over a meadow that protesters said sheltered rare species, ABC News reported.

The stadium in Saransk was also built on a mix of old housing and marshland, but the local minister Alexei Merkushkin told the AP that the area was “the most horrible place in the city,” ABC News reported.

“I think the World Cup gave a huge boost to improving the environment in our city even though it was already very good,” he said.

Stadiums aren’t the only point of contention when it comes to FIFA’s efforts to go green.

FIFA was the first international sports organization to sign up to the UN Climate Change’s Climate Neutral Now, pledging to offset the emissions of travel to the 2018 World Cup and to go carbon neutral by 2050. But environmental activists say this commitment is undercut by FIFA’s sponsorship deal with Russian-owned natural gas company Gazprom, as well as deals with airlines and car companies, Desmog UK reported Monday.