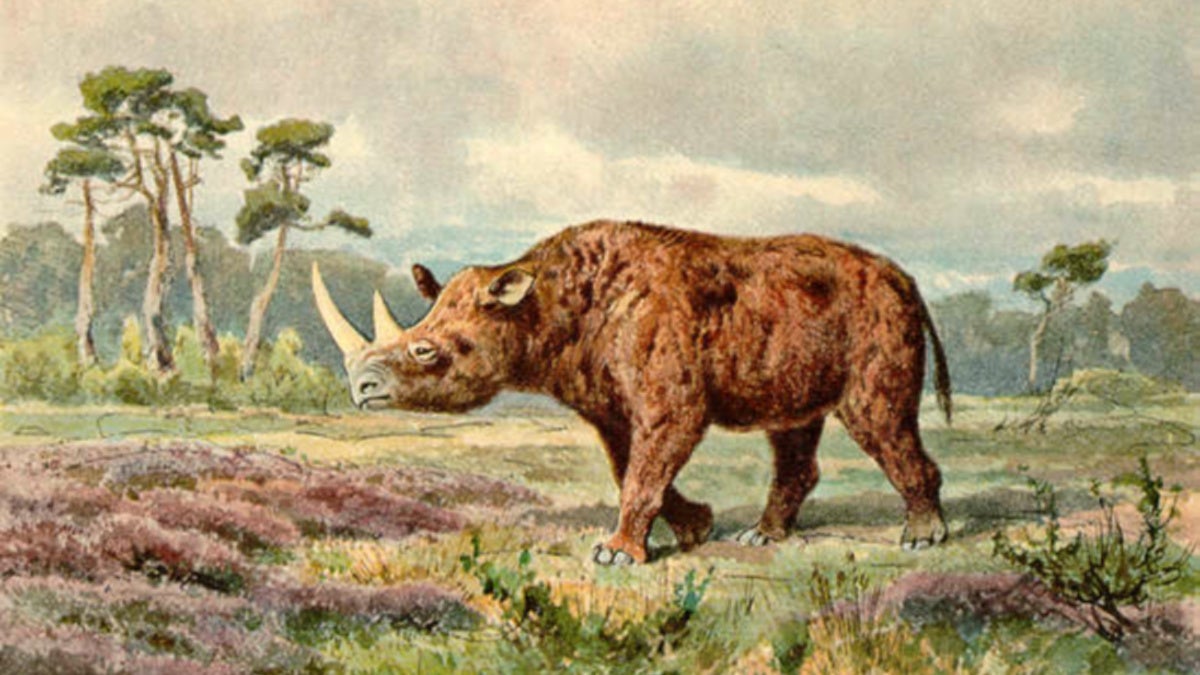 The last Ice Age eliminated some giant mammals, like the woolly rhino. Conventional thinking initially attributed their extinction to hunting. While overhunting may have contributed, a new study pinpointed a different reason for the woolly rhinos’ extinction: climate change.

The last of the woolly rhinos went extinct in Siberia nearly 14,000 years ago, just when the Earth’s climate began changing from its frozen conditions to something warmer, wetter and less favorable to the large land mammal. DNA tests conducted by scientists on 14 well-preserved rhinos point to rapid warming as the culprit, CNN reported.

“Humans are well known to alter their environment and so the assumption is that if it was a large animal it would have been useful to people as food and that must have caused its demise,” says Edana Lord, a graduate student at the Center for Paleogenetics in Stockholm, Sweden, and co-first author of the paper, Smithsonian Magazine reported. “But our findings highlight the role of rapid climate change in the woolly rhino’s extinction.”

The study, published in Current Biology, notes that the rhino population stayed fairly consistent for tens of thousands of years until 18,500 years ago. That means that people and rhinos lived together in Northern Siberia for roughly 13,000 years before rhinos went extinct, Science News reported.

The findings are an ominous harbinger for large species during the current climate crisis. As EcoWatch reported, nearly 1,000 species are expected to go extinct within the next 100 years due to their inability to adapt to a rapidly changing climate. Tigers, eagles and rhinos are especially vulnerable.

The difference between now and the phenomenon 14,000 years ago is that human activity is directly responsible for the current climate crisis.

To figure out the cause of the woolly rhinos’ extinction, scientists examined DNA from different rhinos across Siberia. The tissue, bone and hair samples allowed them to deduce the population size and diversity for tens of thousands of years prior to extinction, CNN reported.

Researchers spent years exploring the Siberian permafrost to find enough samples. Then they had to look for pristine genetic material, Smithsonian Magazine reported.

It turns out the wooly rhinos actually thrived as they lived alongside humans.

“It was initially thought that humans appeared in northeastern Siberia fourteen or fifteen thousand years ago, around when the woolly rhinoceros went extinct. But recently, there have been several discoveries of much older human occupation sites, the most famous of which is around thirty thousand years old,” senior author Love Dalén, a professor of evolutionary genetics at the Center for Paleogenetics, said in a press release.

“This paper shows that woolly rhino coexisted with people for millennia without any significant impact on their population,” Grant Zazula, a paleontologist for Canada’s Yukon territory and Simon Fraser University who was not involved in the research, told Smithsonian Magazine. “Then all of a sudden the climate changed and they went extinct.”