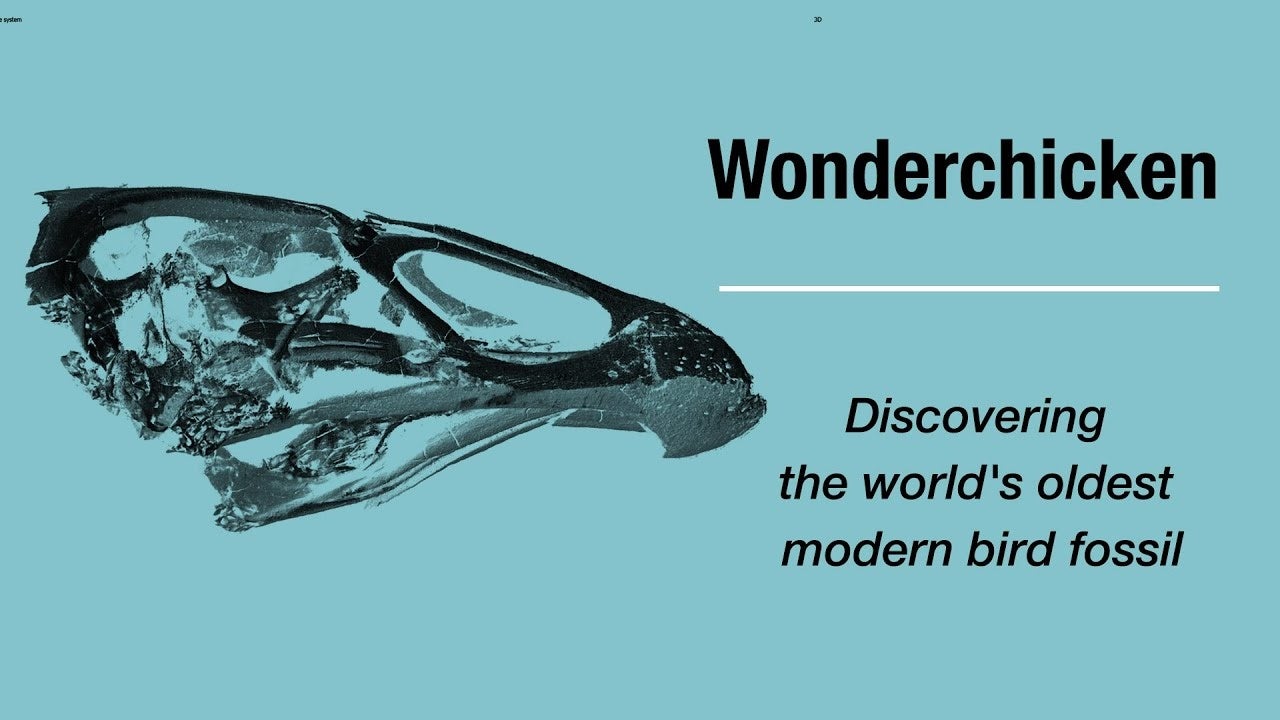 Scientists have discovered the oldest known modern bird fossil, dating back to one million years before the asteroid strike that drove the dinosaurs to extinction.

The find, published in Nature Wednesday, can help researchers understand why birds survived while the dinosaurs they evolved from did not, according to the University of Cambridge researchers who led the team behind the discovery. It is thought to be almost the oldest common ancestor of a group that includes ducks and chickens.

“This is a unique specimen: we’ve been calling it the ‘wonderchicken,'” Dr. Daniel Field of the University of Cambridge told BBC News.

It also has a more formal name: Asteriornis maastrichtensis, so called for Asteria, a Greek goddess of falling stars that turns into a quail.

But the fossil’s importance wasn’t always recognized, as The New York Times reported.

A fossil collector first found the piece of rock it was hidden within in a limestone quarry in Belgium in 2000. All that was visible in the rock were tiny femur and shin bones. It wasn’t until 18 years later that Field and doctoral student Juan Benito took a CT scan of the deck-of-card sized rock and found a fully preserved bird’s skull inside.

“The moment I first saw what was beneath the rock was the most exciting moment of my scientific career,” Field said in the University of Cambridge press release. “This is one of the best-preserved fossil bird skulls of any age, from anywhere in the world. We almost had to pinch ourselves when we saw it, knowing that it was from such an important time in Earth’s history.”

The fossil is between 66.7 and 66.8 million years old, The New York Times reported. Birds first diverged from dinosaurs around 165 million years ago, but many species died out. This fossil can help to understand why some survived.

Field has hypothesized that small, ground-dwelling birds were more likely to survive the asteroid strike, partly because birds that lived in trees were vulnerable to wildfires. The new find fits this hypothesis: it lived on the ground and weighed less than one pound, according to BBC news.

“The origins of living bird diversity are shrouded in mystery — other than knowing that modern birds arose at some point towards the end of the age of dinosaurs, we have very little fossil evidence of them until after the asteroid hit,” co-author and Cambridge PhD student Albert Chen said in the press release. “This fossil provides our earliest direct glimpse of what modern birds were like during the initial stages of their evolutionary history.”