Women Speak for Climate Justice in Lead Up to COP21 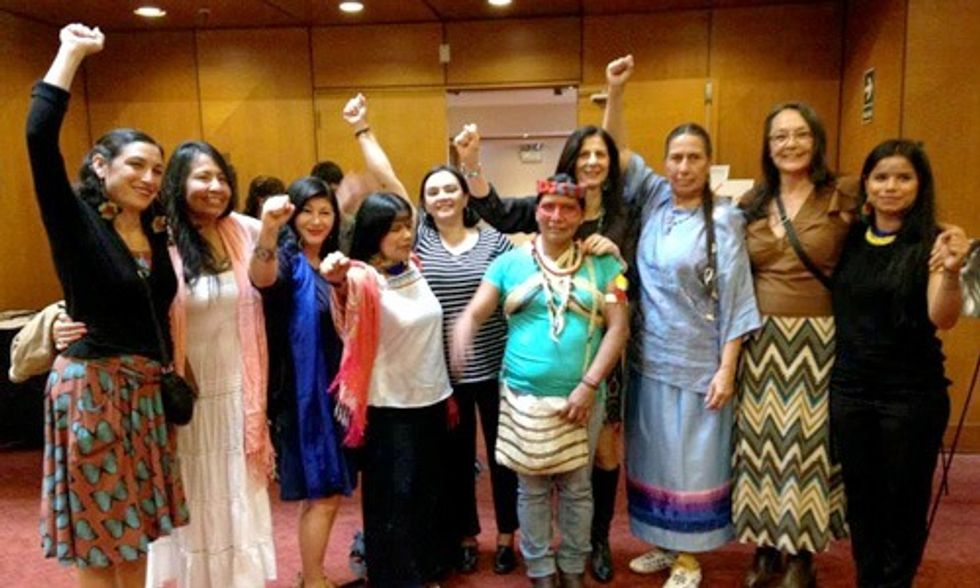 In less than two weeks, world governments will gather for COP21 climate negotiations in Paris, where they will work to finalize a climate agreement with critical implications for the trajectory of international action on climate change, and our collective health and future. For many months proceeding negotiations, women from around the world have been strategizing, meeting and mobilizing to bring their voices for climate justice, women’s rights and systemic change to the forefront at this pivotal moment.

Across the globe and in many diverse manifestations, women are standing up to demand an end to grievous and deeply interconnected violence against the Earth and against women—and to demonstrate the importance of women’s leadership at all levels and stages of decision making and action on climate change.

In September, women from more than 50 countries joined the Global Women’s Climate Justice Day of Action to give voice to the climate impacts in their region, their women-led solutions and their calls to action from world governments.

In New York City, women convened across the street from the United Nations General Assembly at an event hosted by the Women’s Earth and Climate Action Network in order to shed light on the disproportionate climate impacts faced by women, and the critical ways in which they are rising above to lead solutions-building for a just and sustainable world.

Watch this video to hear powerful messages from women leaders standing in defense of the Earth and our communities in the lead up to COP21 and beyond:

Emily Arasim is the communications coordinator and project assistant at the Women’s Earth & Climate Action Network (WECAN International). She is an avid photojournalist, farmer and native seed saver based out of New Mexico. Follow WECAN on Twitter at @WECAN_INTL.