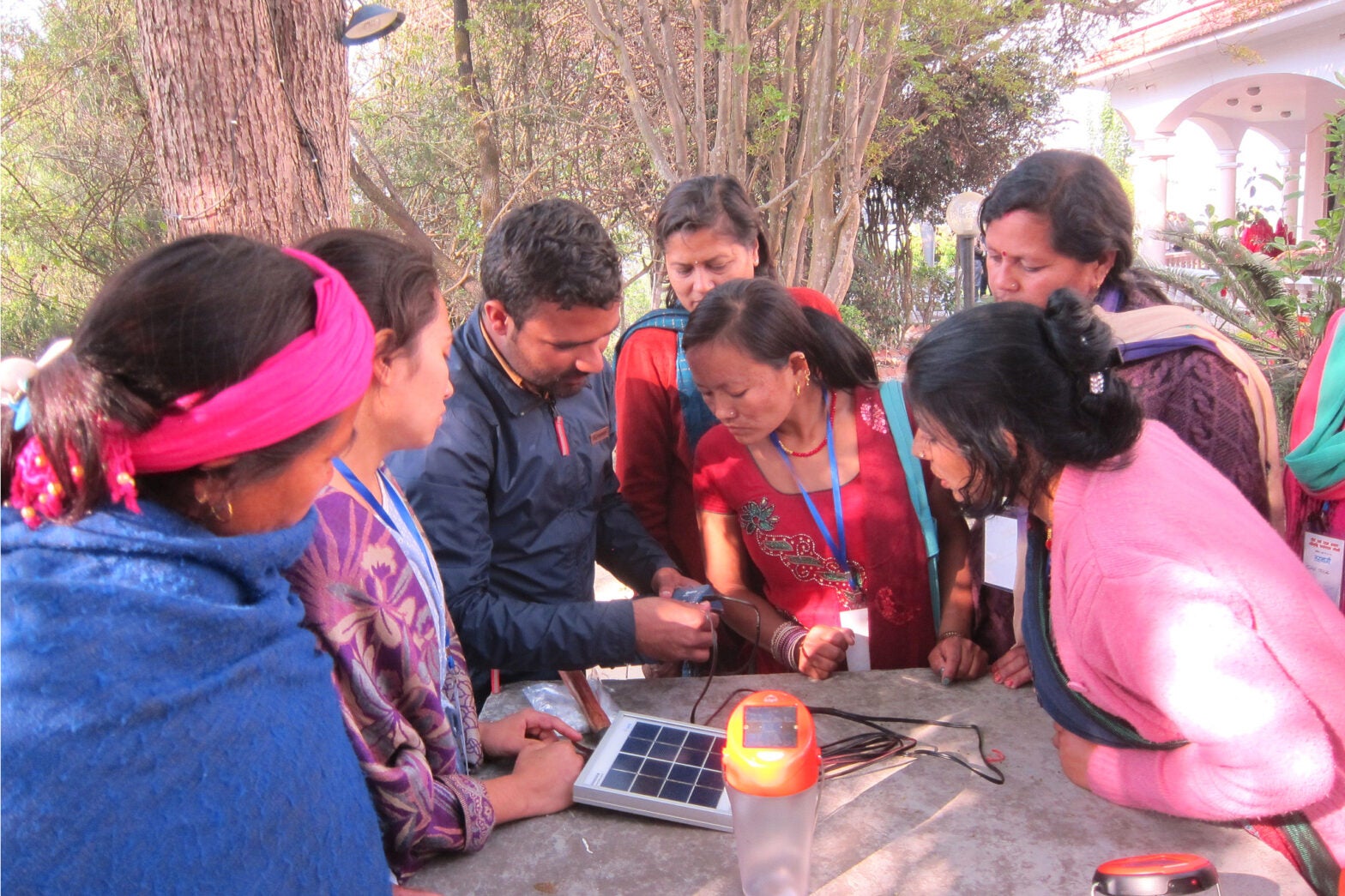 A solar revolution is transforming the lives of women in the remotest parts of Asia. They no longer have to wait decades to be connected to a power grid but are able today to exploit the huge potential of the abundant sunshine.

In societies where women normally play a subservient role and spend much of their time on menial chores, solar businesses are creating a new breed of female entrepreneur who are bringing electricity to their villages.

In the last two years, two schemes designed to encourage women to bring the solar revolution to parts of rural India and Nepal have won international Ashden Awards, which bring the organizations involved $26,360 each in prize money and a lot of guidance to improve and extend their businesses.

The 2017 winner of the Ashden Award for clean energy for women and girls, Empower Generation, has enabled 23 women in Nepal to set up clean energy businesses and manage a network of 259 sales agents. They in turn gain a commission on sales of solar panels, lights, clean cooking stoves and water filters.

In a country where all but 12 percent of women are engaged in farm work, Empower Generation’s staff are now able to lead their communities out of energy poverty. Overcoming family and cultural resistance, they are developing leadership skills and setting up businesses employing women and also men as agents.

For customers who have no chance of a grid connection, solar lanterns and solar home systems bring clean electric light and phone charging, often for the first time. Even those who are connected to the grid use the products as a back-up during the frequent blackouts, or for attending to crops and animals after dark.

Customers include both local families and NGOs, many of which are working on programs initiated as a response to the 2015 earthquake.

The scheme is designed to build women’s confidence in themselves and their ability to run their own affairs and manage their finances. It also helps reduce the use of kerosene and therefore air pollution.

“I can now balance doing good in my community with running a successful business,” said Mina Mahato, one of the entrepreneurs. “I am extremely proud of the sign outside my shop that bears my own name.”

Another new businesswoman, Basanti Chaudhary, said, “Before Empower Generation, I was working in a food packaging factory, working long hours and earning very little. I felt like I was swimming in a tiny well. Now I am swimming in the ocean. I have ambitions, and there are possibilities for me.”

Some of the businesses have been so successful that their CEOs are now selling many other household items. This success has inspired Empower Generation to expand beyond Nepal, and it has just moved into Myanmar.

The winner of the 2016 Ashden Award for clean energy for women and girls, Frontier Markets, runs an organization called Solar Sahelis in the Indian states of Rajasthan and Andhra Pradesh.

Sahelis (the name means “solar women friends”) had already provided clean, reliable light and energy to 630,000 people by the time it received its award. Its systems are also designed to replace kerosene lights, leaving families more money to buy food and other essentials.

Solar torches are brighter and more reliable than battery-powered ones, and save users from running down phone batteries through using mobile phones for outdoor light.

By the time Frontier Markets received its award, 70,000 torches, 45,000 lamps and 12,000 solar home lighting systems had been sold. It estimates that, for around 70 percent of sales, women make the purchasing decision or are the main users of the products.

The cost of a single light product can be recovered within three to six months, through savings of typically three dollars per month on kerosene and dry cell batteries. Cutting kerosene use reduces greenhouse gas emissions by about 12,000 tonnes/year of CO2, as well as cutting indoor air pollution and fire risk in homes.

To encourage people to give up kerosene, a Frontier Markets pilot program gave a discount on a solar product to anyone who handed in a kerosene lamp. Around 50,000 customers took up this offer.

The products are sold with a written guarantee and warranty. Prices range from about $7.50 for the smallest lamp to $17 for a long-range torch, and $100 for a 15W solar home system with two LED lights, fan and mobile phone charger.

These are the latest in a series of Ashden Awards aimed at helping women and girls. Since the Awards were founded in 2001, Ashden has helped more than 200 enterprises around the world, which so far have collectively improved the lives of some 80 million people, saving more than ten million tonnes of CO2 emissions every year.