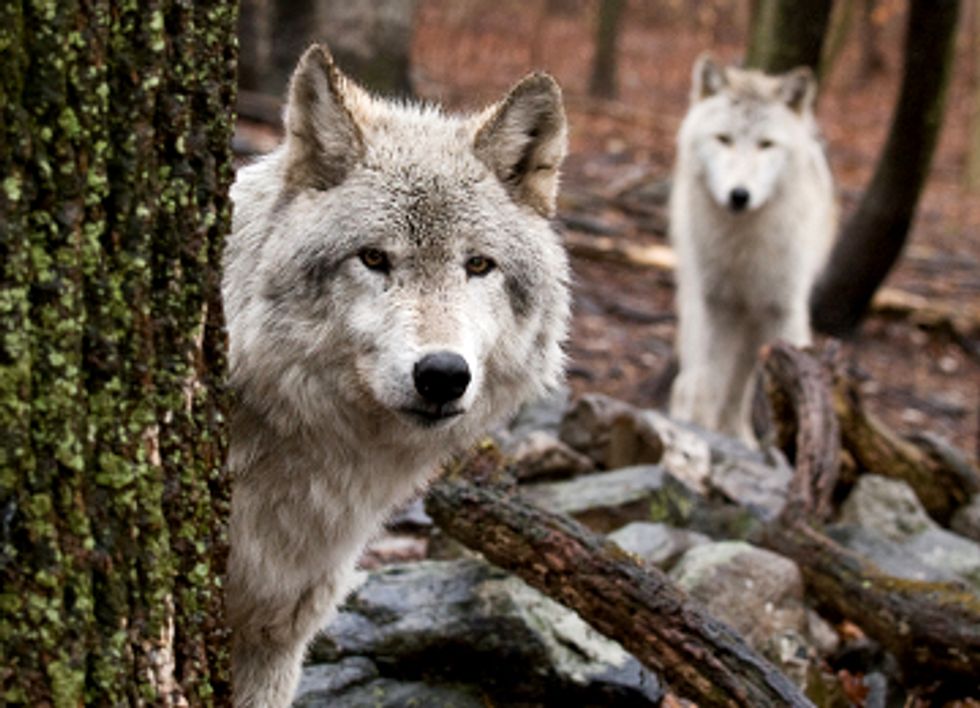 Today the U.S. Fish and Wildlife Service proposed removing federal Endangered Species Act (ESA) protections for wolves across nearly the entire lower 48 states. The gray wolf, one of North America’s most iconic native predators, once thrived throughout the U.S. But after centuries of trapping, hunting and poisoning, the wolf population has been devastated. By the 1980s, only a few small pockets of survivors remained in the continental U.S.

“This proposal sets an unfortunate low bar for endangered species recovery in the United States," said Jamie Rappaport Clark, president of Defenders of Wildlife. "Wolves currently inhabit only a fraction of their former range, and this proposal will cut off wolf recovery from vast areas of suitable habitat out west where the species can still thrive."

"Frankly, it’s disappointing that the federal government is ready to throw in the towel when wolves are still missing from key states like Colorado, California and Utah. These states have excellent habitat for wolves and can benefit both economically and ecologically from the return of wolves," said Clark.

The proposed rule removes federal ESA protections for all gray wolves in the lower48 states (except for a small population of Mexican wolves in Arizona and New Mexico, where only about 75 wild wolves remain) and would be disastrous for the recovery of the species. The proposal largely relies on scientifically disputed classifications of wolf subspecies, and fails to account for the fact that wolves have yet to recover in many parts of the country, even where excellent wolf habitat still exists.

“With today’s proposal, the federal government walks away from wolf recovery before the job is done,” said Doug Honnold, an Earthjustice attorney who has fought in court for wolves in the northern Rockies for decades. “The U.S. Fish and Wildlife Service is charged with ensuring the survival of species and today’s announced proposal is a huge step in the opposite direction."

Over the past thirty years wolf recovery in America has had some great successes, from the reintroduction of wolves in the northern Rocky Mountains, to the revitalization of populations in the western Great Lakes states.

But wolves have yet to recover in additional parts of the country—including the Pacific Northwest, northern California, the southern Rocky Mountains and the Northeast—where prime wolf habitat still exists.

Further, as seen after wolves lost federal protections in Wyoming, Montana and Idaho, states charged with ensuring the survival of gray wolf populations fail to adequately protect the species; allowing unregulated hunting and "Kill at Will" policies. Wyoming's "wolf management plan" allows unlimited killing in the vast majority of the state, including aerial gunning of wolves and killing wolf pups in their dens.

"Wolf recovery has been one of our greatest Endangered Species Act success stories, but stopping now before the population is fully recovered will negate the decades of hard work that have gone into bringing wolves back from the brink of extinction. Without federal protections this symbol of our wild heritage will slide back into harm's way," said Micheal Brune, executive director of the Sierra Club.

"Now is the time that we should be pressing in to finish the job of wolf recovery, not abandoning wolves to the same kinds of destructive forces that endangered them in the first place. We urge the administration to preserve protections for these amazing animals until the success story is complete," concluded Brune.

Last month, six leading conservation groups sent a letter to Secretary of the Interior Sally Jewell, urging her to reverse course on the planned de-listing. The letter was signed by the chief executives of the Center for Biological Diversity, Defenders of Wildlife, Earthjustice, Endangered Species Coalition, Natural Resources Defense Council and Sierra Club.