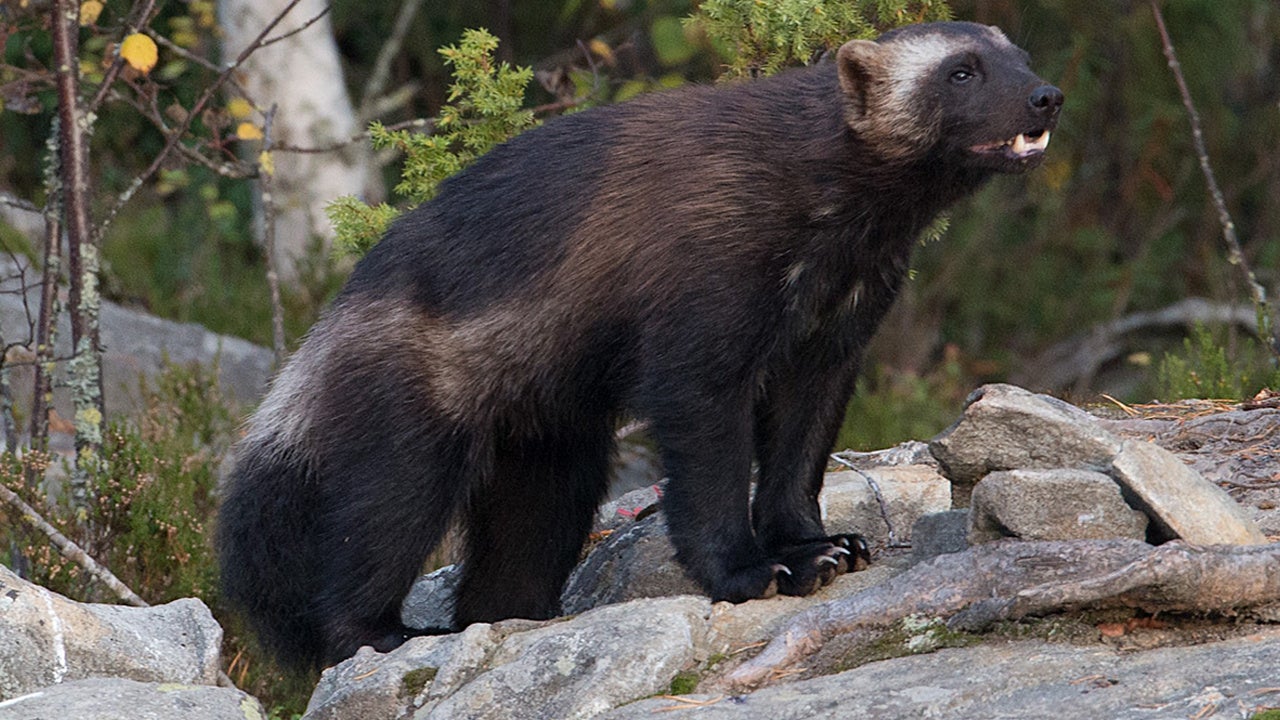 This is not a good time to be a wolverine.

The infamously scrappy, snow-adapted mustelid — a relation of badgers, martens and otters — is barely hanging on in the contiguous U.S., where its population has dipped to mere hundreds. Decades of habitat loss and trapping reduced the wolverine’s numbers, and now diminishing snowpack from climate change is adding insult to injury.

And we can add one more surprising threat to the list: roads.

Yes, even though wolverines (Gulo gulo) thrive in remote, snowy wildernesses, roads can still pose a problem — but perhaps not in the way you might think.

This has important consequences for U.S. wolverines, which may depend on Canadian travelers for their genetic health and future population growth.

Anthony (Tony) Clevenger, a scientist at Montana State University’s Western Transportation Institute and an expert in the field of road ecology, was one of three researchers involved in the study.

We talked to him about the challenges facing wolverines and what’s being done to boost their recovery.

What attracted you to the field of road ecology?

Pure chance. I was out of work, living in Europe where I did my Ph.D. on a small population of brown bears in northern Spain, and I heard Banff National Park was hiring a conservation biologist to study underpasses and overpasses for wildlife. I got the job [in 1996] and became fascinated with studying how roads affect nature around us. It opened up a new world for me.

Your recent study focused on wolverines and the Trans-Canada Highway. What prompted this? What were you hoping to learn?

The final twinning [from two to four lanes] of the Trans-Canada Highway ends at the Continental Divide. This stretch of the highway enters subalpine areas home to wolverine and lynx — species that we knew very little about.

We knew in the lower 48 some 2-lane highways limited wolverine movement. Little was known about wolverines in the Canadian Rockies and much less about how a major 4-lane highway may affect movements and gene flow. So this was a unique opportunity given the number of interstate highways and expanding roads in the southern part of wolverine range.

This is important since females need to cross the highway, survive and breed for there to be functional connectivity.

This is the same response that others have found for grizzly bear movements and genetic structure across highways, and also jaguars in Central America. Getting breeding females to cross and connect subpopulations is key, and we hope that crossing structures can help that function.

What are the implications for wolverine populations in North America, and specifically in the United States, where numbers are low?

The prospects are not good in the lower 48 where the population is [currently] estimated at 300 — but we all believe that is far too high. Habitats are highly fragmented, unlike wolverine range in southern Canada (Alberta and British Columbia). The population in Canada is in the thousands.

Trapping still occurs in southern Canada and we published a paper recently that demonstrates that the trapping of wolverines in southeast British Columbia and southwest Alberta is not sustainable. Governments there are starting to change trapping regulations.

These populations are the lifeline for wolverine populations in the United States. We lose that and we lose everything.

What is being done or can be done to help? Are there particular kinds of crossing structures that would be most beneficial for wolverines?

Crossing structures have been built in the Canadian Rockies along the Trans-Canada Highway, which will help the mountain park wolverines. The critical piece of the puzzle is located in multi-use lands between the mountain national parks and the United States border (near Glacier and Waterton Lakes national parks).

This area is still trapped for wolverines, and forest cutting and motorized recreation are extensive and in some places there is oil and gas exploration — activities that limit wolverine movement, reproductive success and survival. The provincial government of British Columbia is changing trapping regulations and we hope Alberta will follow suit — it’s a good thing and necessary.

Overpasses and underpasses are also being planned for the British Columbia section of Highway 3, a critical linkage zone in the Yellowstone-to-Yukon ecoregion. The public is more informed of the plight of wolverines in this critical area, as are trappers.

Working together we can help provide a more viable future for one of our icons of wilderness and intact ecosystems.