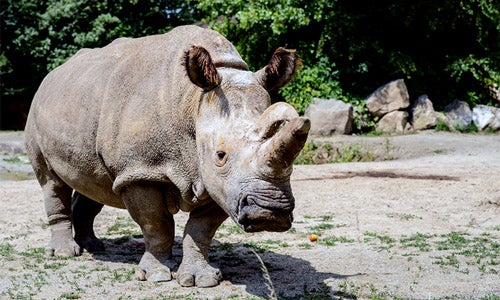 The world’s last three northern white rhinos, which all reside at Ol Pejeta Conservancy in Kenya, are unable to breed because they are directly related to each other. 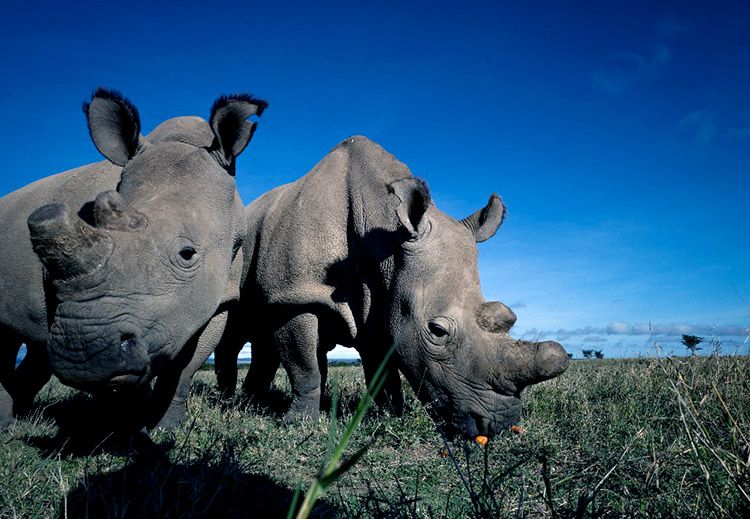 Scientists hoping to save the critically endangered species, are turning to stem cells to aid reproduction. They plan to make stem cells out of adult rhino skin cells through a process called iPS, induced pluripotent stem cells. Lab-grown stem cells of this kind are pluripotent, meaning they can make any type of cell in the body. Scientists plan on creating northern white rhino sperm and egg cells with this method.

Those cells can then be combined to form embryos, a NowThis video reported. The formed embryos will be placed in a surrogate female northern white rhino, who will hopefully carry them to term. Scientists are not sure if this process will work, but its one of the last chances the northern white rhino has of avoiding extinction.

The use of the pluripotent cells will allow for the development of genetic diversity within the species, which is needed to reproduce in the future. DNA of a dozen northern white rhinos, which has been preserved in genetic banks in Berlin and San Diego, will be used in this project, according to the projects GoFundMe page.

Had to share this #beautiful #photo of a white #rhino calf. Have a lovely day rhino #friends. pic.twitter.com/SUpuwoc5M5

The northern white rhino originally ranged over parts of northwestern Uganda, eastern Central African Republic, southern South Sudan and northeastern Democratic Republic of Congo. Poachers reduced their population from 500 to 15 during the 1970s and 1980s.

From the 1990s through mid-2003, the northern white rhinos’ population recovered, but not to original levels. By mid-2003 there were 32 animals in the wild. The population was then once again reduced by poaching until there were only 5 to 10 animals left in the world.

White rhinos are especially vulnerable to poaching because they are relatively unaggressive, according to the World Wildlife Fund (WWF).

The last three northern white rhinos are watched 24/7 by guards. This rhino species cannot be found in any zoos.

As of 2011, the species is considered probably extinct. There have been no sightings of wild northern white rhinos since 2006.

Rhinos were hunted by poachers for their horns, which are used for many purposes. Powdered horn is used in traditional Asian medicine for illnesses from hangovers to cancer, WWF said. Horns are also in demand simply as a symbol of wealth in societies such as Vietnam. One kilo of rhino horn sells for $60,000 on the black market, according to the Ol Pejeta Conservancy. 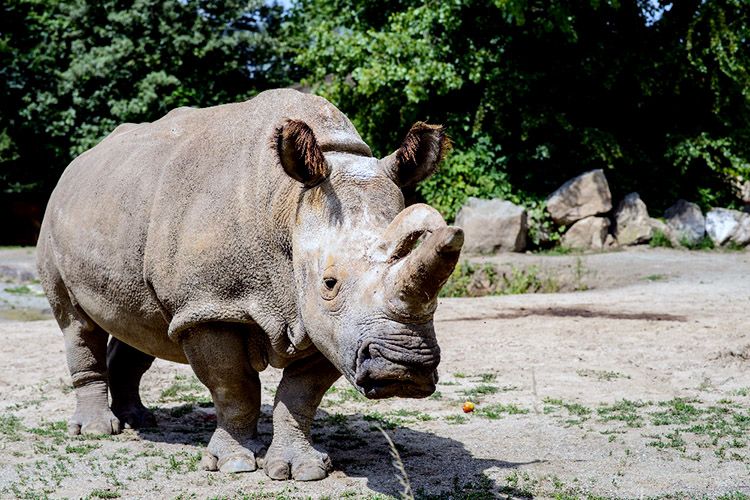 Southern white rhinos, the only other species of white rhinos, has rebounded significantly. WWF reports their population is 20,000 or more.

Watch this NowThis video for more information on the conversation efforts for the northern white rhinos: