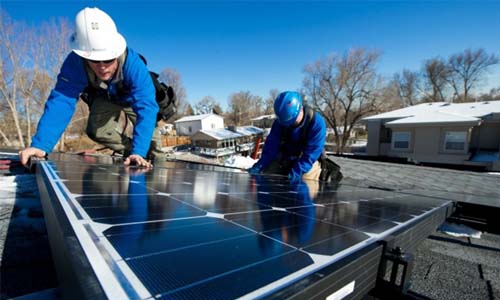 Many elected officials want to solve climate change for the same reason activists do. Rising global temperatures will be a terrible burden on our children, cost our economy trillions and cause dangerous changes to the natural world.

But winning enough votes in Congress for bold policy changes also requires raw politics—and on that score, there’s an important, under-appreciated shift that may be improving our chances. 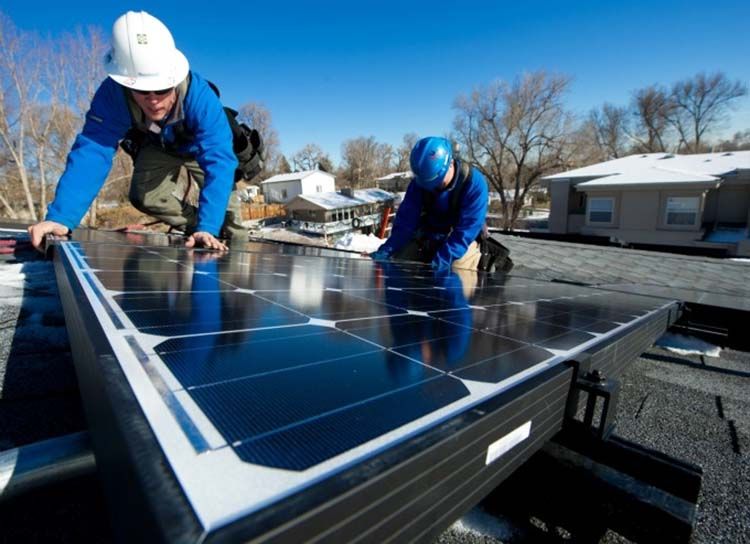 Look at the chart below, from Morning Consult. Clean energy jobs, in the form of utility-scale wind or solar facilities, are now mostly in Republican districts.

That’s because sunshine and wind are abundant in places such as Kansas, North Carolina, Oklahoma and Texas. And rural areas, often represented by Republicans, have inexpensive land available for facilities like this. 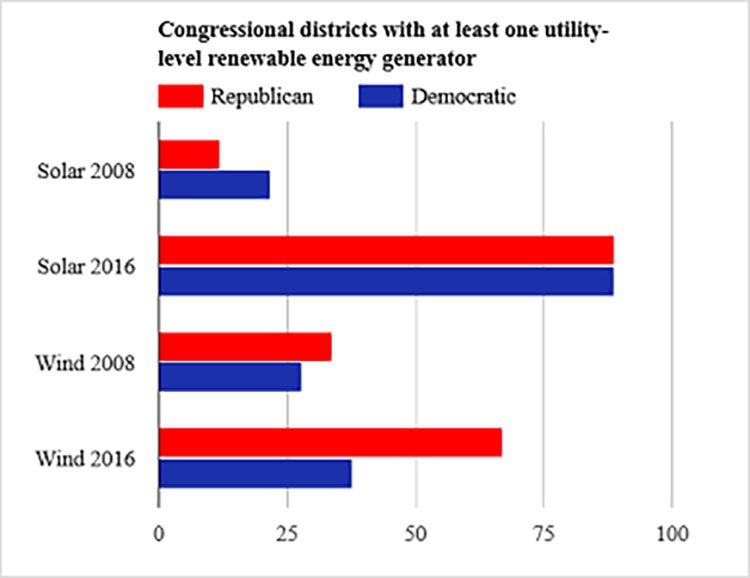 Clean energy jobs, in other words, are no longer partisan or regional, if they ever were. Texas leads the nation in wind. North Carolina and Nevada are hot beds of solar energy.

There are very few things politicians care about more than their constituents’ jobs. It’s not an exaggeration to say that job stability and growth are the lens through which they see nearly every issue.

Former Secretary of State James Baker once tried to build support in Congress for the first Gulf War by saying, of the main reason to act, “if you want to sum it up in one word, it’s jobs.”

In fact, claims about job losses were used to great effect against comprehensive climate legislation in 2009. Proponents of that argument seemed to forget the far larger economic damage from unchecked climate change, but their talking points had a big impact on nervous members of Congress.

In response, environmental activists and economists talked about the very real potential for clean energy jobs—but existing always beats potential in a political fight. And the “jobs argument” was used to increase the partisan divide on climate and clean energy issues.

But now things are changing—rapidly.

Next time Congress considers climate legislation, the terms of the debate may be different.

Nationwide, solar jobs have grown 20 percent annually for the last three years. There are now far more jobs in that industry than in coal mining and most new electric generating capacity added last year was renewable.

Red states and congressional districts, again, are on the receiving end of a large chunk of that growth.

It could be that next time Congress considers comprehensive clean energy and climate legislation, the terms of the debate will be different. This time, the “jobs argument” would come from a bi-partisan block of politicians representing clean energy workers with real jobs.