Wisconsin Declares State of Emergency Due to High Wildfire Risk 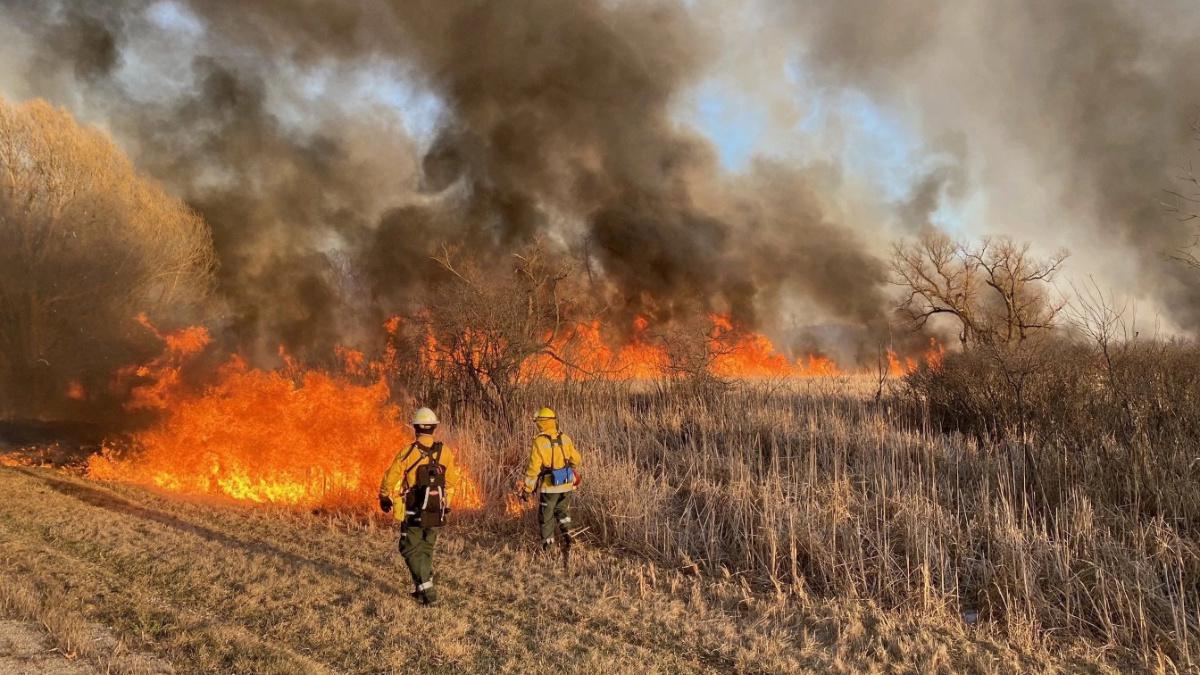 Wisconsin Gov. Tony Evers declared a state of emergency on Monday due to heightened wildfire risk.

The state’s wildfire season got an early start thanks to an early snow melt, the Milwaukee Journal Sentinel reported. So far this year, more than 320 fires have scorched more than 1,500 acres, nearly reaching the total of 1,630.13 acres that were burned in all of 2020, according to the declaration.

“With nearly the entire state experiencing high or very high fire risk, protecting Wisconsinites from the destructive dangers of wildfires is a top priority,” Evers said when announcing the order, according to the Milwaukee Journal Sentinel.

The emergency order gives the Wisconsin Department of Natural Resources (DNR), which usually handles firefighting in the state, additional resources. It will now receive support from other state agencies, as well as the Wisconsin National Guard and their Black Hawk helicopters, the DNR noted in a press release.

The announcement comes three days after brush fire erupted in Menomonee Falls, forcing some people to evacuate their homes, WISN reported. The fires burned 400 acres of marshland, the largest single burn so far this year, but luckily all of the homes were spared. Only a deer stand burned down.

However, the dry and windy conditions that fueled those fires are expected to persist in the state, leading Evers to declare an emergency.

“[B]ased upon weather predictions from the National Weather Service, Wisconsin will experience a period of warmer temperatures, lower humidity, and high winds that can quickly ignite wildland and create rapidly spreading fires,” the order read.

Dry leaves and grass are also fueling the flames, the Milwaukee Journal Sentinel reported. The majority of counties are at high risk for fire, NBC News reported, and the DNR has suspended annual burning permits while asking people to avoid setting fires.

“To help us keep Wisconsinites safe, the DNR is asking you to avoid all outdoor burning including limiting the use of campfires and making sure to extinguish and dispose of cigarettes properly,” the DNR said in its press release.

While wildfires can occur in Wisconsin any time of the year, the primary season runs from March until May, The New York Times reported. The state’s wildfire risk may also be increasing because of the climate crisis. The group Climate Power 2020 told the Wisconsin Examiner that wildfires were becoming more common. While high humidity usually lessens fire risk, Wisconsin experienced two climate-related droughts between 2009 and 2016 that cost .9 billion in damages, and future droughts could increase fire danger.

Nationwide, the climate crisis is certainly driving fire risk; 2020 alone brought a devastating wildfire season to the Western U.S., NBC noted. However, this spring wildfires have taken off in the Upper Plains, Rockies, Great Lakes and Southwest.