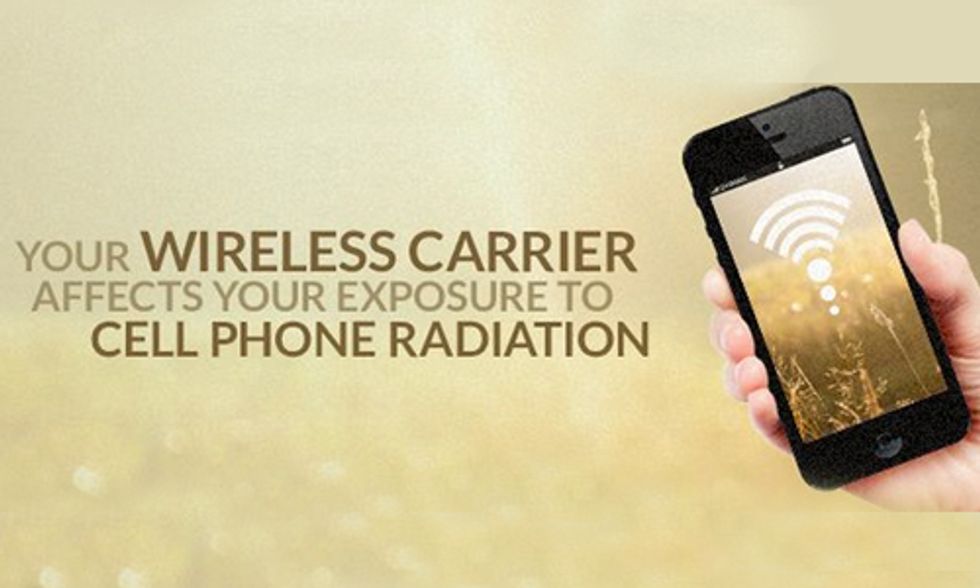 For those concerned about exposure to radiation from cell phones, the choice of a wireless carrier may be a more important decision than which device you use, says a new analysis by researchers at the Environmental Working Group (EWG).

The studies indicate that users of similar mobile devices can be exposed to starkly different intensities of radiofrequency emissions, depending on which network technology their carriers use to transmit signals.

In recent years, cell phone carriers have been moving away from 3G and toward what they called LTE, which stands for long-term evolution, technologies. Some experts in mobile device engineering have produced evidence that indicates that LTE systems can expose users to more cell phone radiation than the 3G (third-generation) systems.

Other studies have shown that when carriers switched from 2G to 3G network transmission technologies, phones operating on 3G networks used less power much of the time, and their users experienced lower radiation exposures.

The EWG report says that “a growing body of scientific research suggests that network technology plays a major role in determining the level of radiation to which a mobile device user may be exposed. Yet people cannot find out how much radiation will emanate from particular cell phones on particular networks. That information is known only to the cell phone industry.”

The FCC is reviewing its cell phone radiation standards at the urging of the General Accounting Office. The standards were set in 1996, when cell phones were heavy, expensive and rarely entrusted to kids.

“Today, many of the most frequent cell phone users are teenagers and children,” said Renee Sharp, EWG director of research. “They are more vulnerable to cell phone radiation than adults because their skulls are thinner. Moreover, they will be exposed to these emissions over many more decades than their parents. Nobody knows the long-term consequences of daily exposure to these emissions.”

EWG is pressing the FCC for relevant real-world data on how much radiation wireless devices emit under various circumstances, and from various networks.