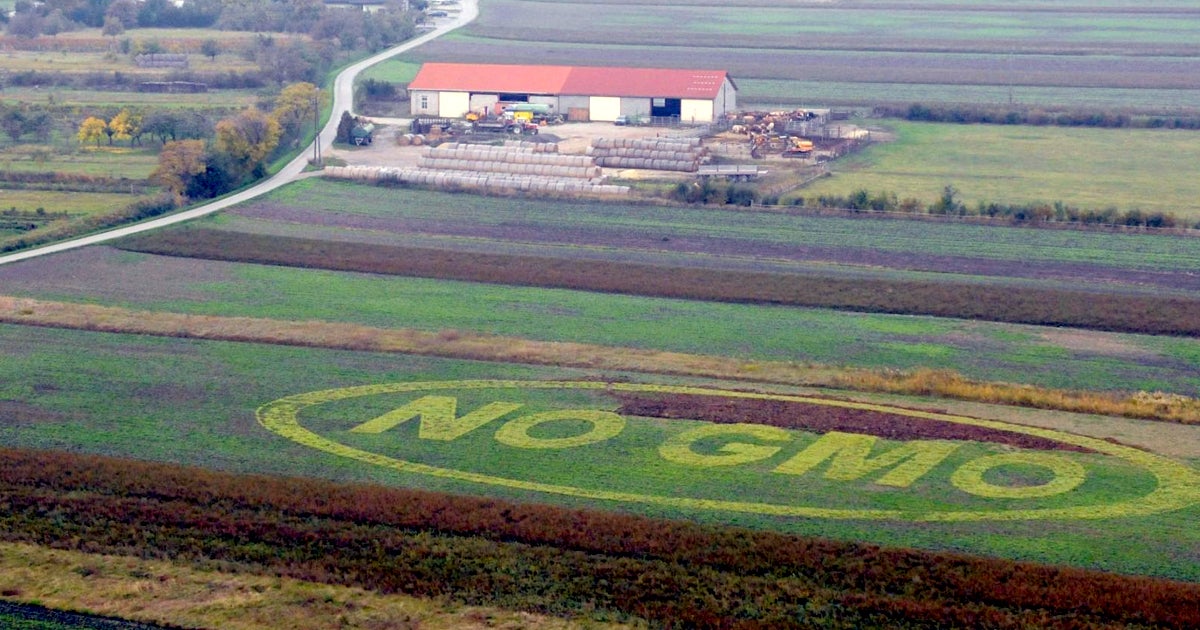 Next month will mark one year since Congress obliterated Vermont’s GMO labeling law and replaced it with its own faux-labeling measure. The DARK Act was an outright attack on consumer and states’ rights. Still, then-President Obama refused to veto it.

We lost the right to labels on GMO foods. But we never lost our determination to expose Monsanto’s corrupt manipulation of government agencies, or the truth about just how harmful Roundup herbicide is to humans and the environment.

Fast forward to today. Monsanto is facing down scores of lawsuits by people, or their families, who were diagnosed with non-Hodgkin lymphoma after being exposed to Roundup. Those lawsuits have led to revelations about possible collusion between Monsanto employees and former U.S. Environmental Protection Agency (EPA) officials to bury evidence of Roundup’s carcinogenicity.

Meanwhile the EPA, perhaps fearing consumer backlash, refuses to rule on whether to renew the license for glyphosate (the active ingredient in Roundup), even though we’re now nearly two years past the deadline.

Food companies are being sued, too, when product testing reveals that brands labeled “100% Natural” contain glyphosate residues. And the Food & Drug Administration recently announced it will resume testing of consumer foods for glyphosate.

Farmers are growing fewer GMO crops. Other countries are banning GMOs and glyphosate.

It’s no wonder Monsanto can’t wait to hand over the keys to Bayer. Things are getting messy. For consumers and environmentalists, it’s a beautiful mess.

Here are four signs we’re winning the battle against Monsanto:

1. Court battles pull back the curtain on Monsanto’s corrupt activities.

The fact that more than 1,000 plaintiffs are involved in dozens of lawsuits alleging that exposure to Roundup caused them or their families to develop non-Hodgkin lymphoma (a potentially deadly cancer) is compelling enough. Especially when a mainstream media outlet like CNN, often silent when it comes to challenging the corporate establishment, takes notice. That in itself is a win for consumers.

But the bigger win may be what those lawsuits are doing to shed light on Monsanto’s sustained campaign to bury the truth about its deadly products.

In March, the New York Times, citing court documents, reported on possible collusion between former EPA officials and Monsanto employees to hide the facts about the health risks of glyphosate:

The court documents included Monsanto’s internal emails and email traffic between the company and federal regulators. The records suggested that Monsanto had ghostwritten research that was later attributed to academics and indicated that a senior official at the EPA had worked to quash a review of Roundup’s main ingredient, glyphosate, that was to have been conducted by the U.S. Department of Health and Human Services.

The revelations confirmed consumer suspicions that Roundup isn’t “safe,” and validated the opinions of scientists who question its safety. They’ve triggered calls in Europe for further investigation.

Reporters continue to scrutinize the MDL (multi-district lawsuits) documents unsealed so far (the judge in the case has since refused to unseal any further documents). U.S. Right to Know’s Carey Gillam, who has been following the court documents closely, recently reported on a decades-old study, A Chronic Feeding Study of Glyphosate (Roundup Technical) in Mice, uncovered during litigation but until now hidden from public view, that suggests Roundup causes cancer.

The two-year study ran from 1980-1982 and involved 400 mice divided into groups of 50 males and 50 females that were administered three different doses of the weed killer or received no glyphosate at all for observation as a control group. The study was conducted for Monsanto to submit to regulators. But unfortunately for Monsanto, some mice exposed to glyphosate developed tumors at statistically significant rates, with no tumors at all in non-dosed mice.

Thanks to the work of reporters studying court documents, the EPA has stepped in. On May 31, the agency’s inspector general responded to Rep. Ted Lieu’s (D-Calif.) call for an investigation into possible collusion between Monsanto and EPA officials. (Organic Consumers Association also called for an investigation. We haven’t heard back.)

The EPA may just be going through the formalities to appease Lieu and his constituents. But even if that’s true, it’s still a sign that consumers are getting through to an agency that has historically been aggressively pro-Monsanto.

3. Consumers are fighting back through the courts, too.

Monsanto and Big Food have long been allies in the campaign to hide GMOs, and the pesticides used to grow them, from consumers. Will the Junk Food Giants reconsider their position, if they, too, get dragged through the courts?

The Organic Consumers Association, along with other groups, have been testing food products for glyphosate, and taking companies to court for falsely marketing their products as “natural” and “100% Natural.” Pending cases include the one against General Mills’ Nature Valley granola bars, and another against Sioux Honey. Both products contain glyphosate. (A recent study from Canada revealed glyphosate in 30 percent of the food products tested).

And lest we forget, Roundup isn’t just sprayed on agricultural products—it’s a best-selling consumer product, too. Labels on Roundup sold in stores like Walmart, Costco, Home Depot, and online at Amazon, claim the product is safe for humans and pets. That’s not true—so we’ve sued Monsanto directly for false labeling.

As the lawsuits flow, and more evidence comes to light about the toxic impact of glyphosate on human health (including bad outcomes for pregnant moms and their babies), the FDA has been shamed into testing foods for glyphosate residues—a project it had previously abandoned:

The FDA, the nation’s chief food safety regulator, launched what it calls a “special assignment” last year to analyze certain foods for glyphosate residues after the agency was criticized by the U.S. Government Accountability Office for failing to include glyphosate in annual testing programs that look for many less-used pesticides in foods. But the agency scuttled the testing after only a few months amid disagreement and difficulties with establishing a standard methodology to use across the agency’s multiple U.S. laboratories, according to FDA sources.

The testing reportedly resumed in early June. It remains to be seen if the FDA will share, much less publicize, its findings—and whether the agency will continue to claim, as it has in the past, that glyphosate residues are “safe.” Stay tuned.