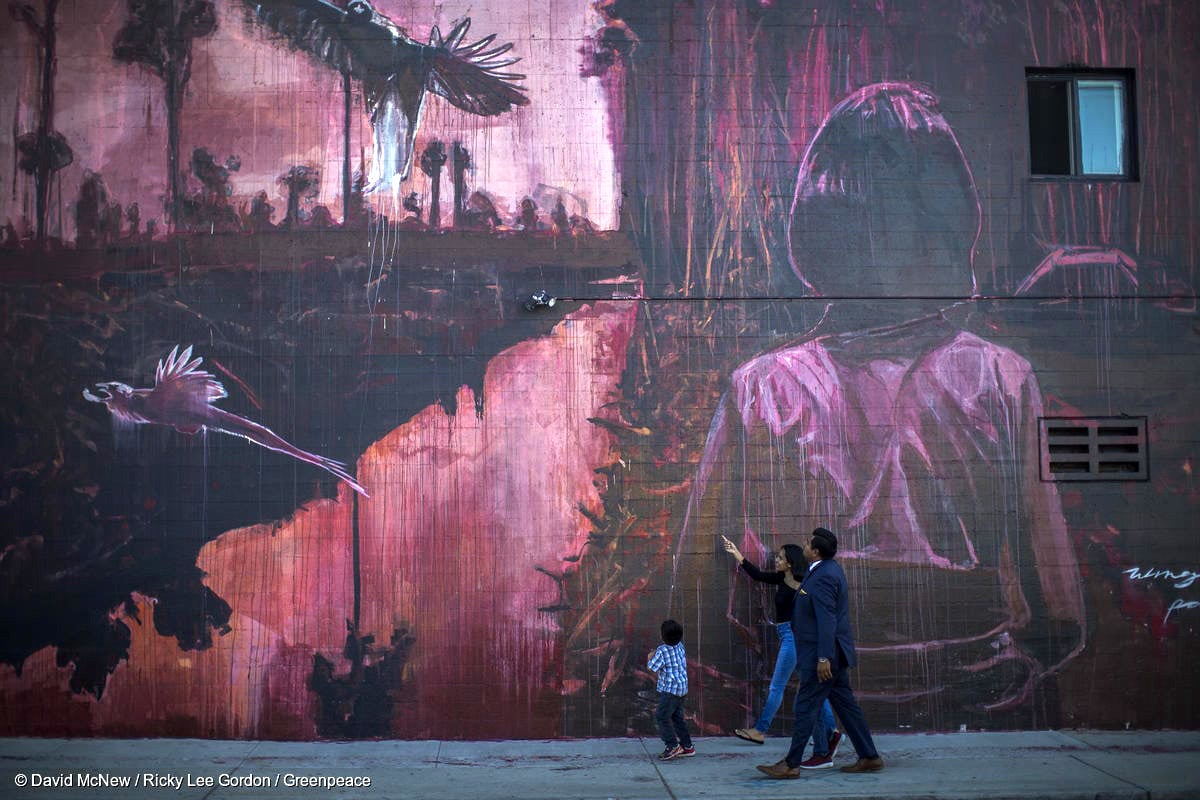 For too long the story of Indonesian forests has been painted with the darkness of burning rainforests, disappearing species and displaced communities. Greedy palm oil companies, that only seem to be driven by the bottom line whatever the cost to humanity or biodiversity, have played a major role in this.

Little or nothing is known about the beauty of the spectacular Birds of Paradise that call the forests of Papua home. So far, around 40 different species of these birds have been found, and they’re considered by some to be among the most beautiful creatures on earth.

After ravaging the forests of Borneo and Sumatra, the palm oil industry has reached the final frontier, Papua, home to these Birds of Paradise. Both the birds and the forest could be lost if we allow these companies to continue.

That’s why street artists and volunteers from all over the world, from Melbourne to Taipei, Vienna, Oakland and LA, are taking matters into their own hands. 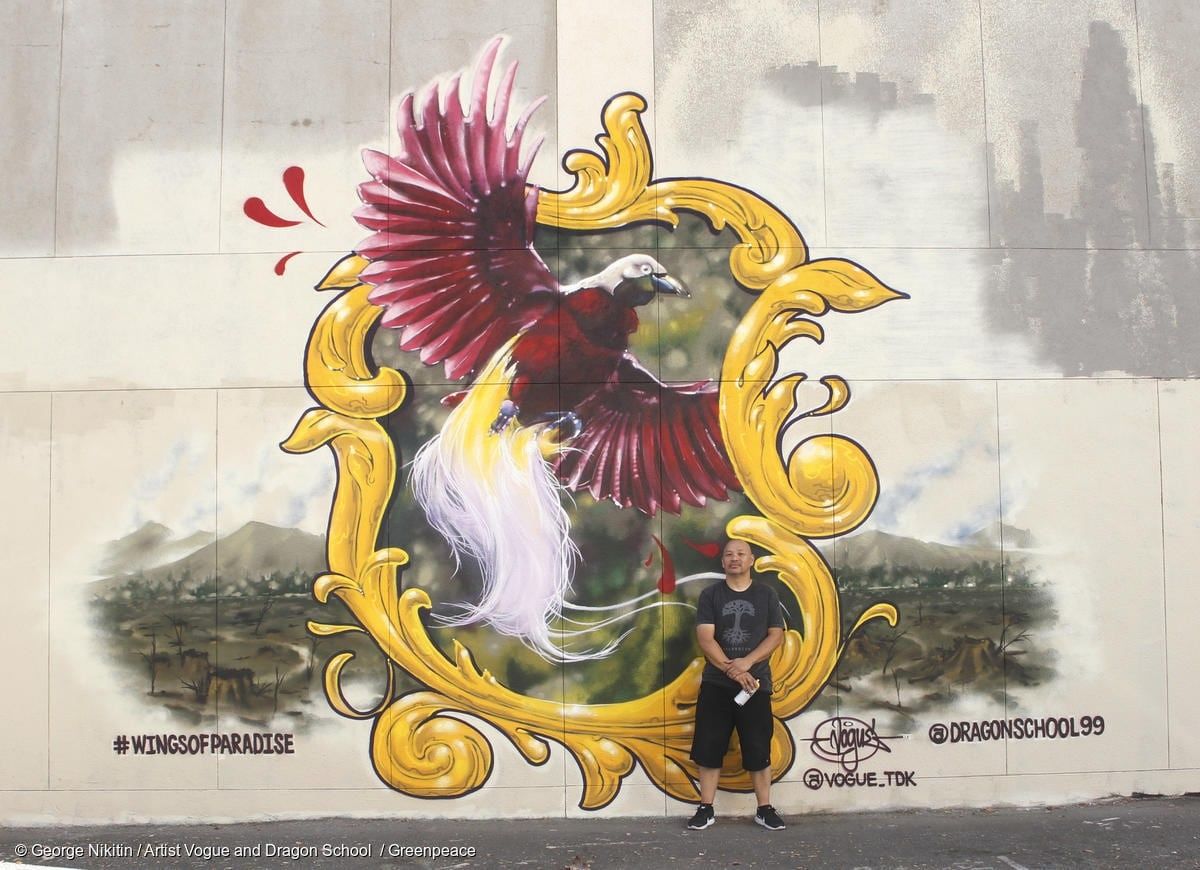 Artist Vogue poses in front of his mural, Wings of Paradise, on a building in Oakland, California.Wings of Paradise is a global street art intervention drawing attention to the devastating rainforest destruction at the hands of palm oil giants in Indonesia.

Their mission is simple—to re-create the essence of the extravagant, brightly colored plumage, crazy courtship dances and bizarre behaviors of these birds in our cities through huge artworks on walls. To remind us of the constant threat to Indonesian wildlife, but also inspire us to act to protect it.

It’s time for us to stand together for the future of Indonesian forests. Artists, students, bird enthusiasts or consumers buying palm oil products in supermarkets, we need to come together and act.

Join this massive movement. Admire and get lost in the #WingsOfParadise artworks in your home city or on social media, or share your favorite piece with friends and start your own conversation about protecting the future of the forests and our planet.