Holiday Cheer: Drinking Wine Can Be Good for the Environment! 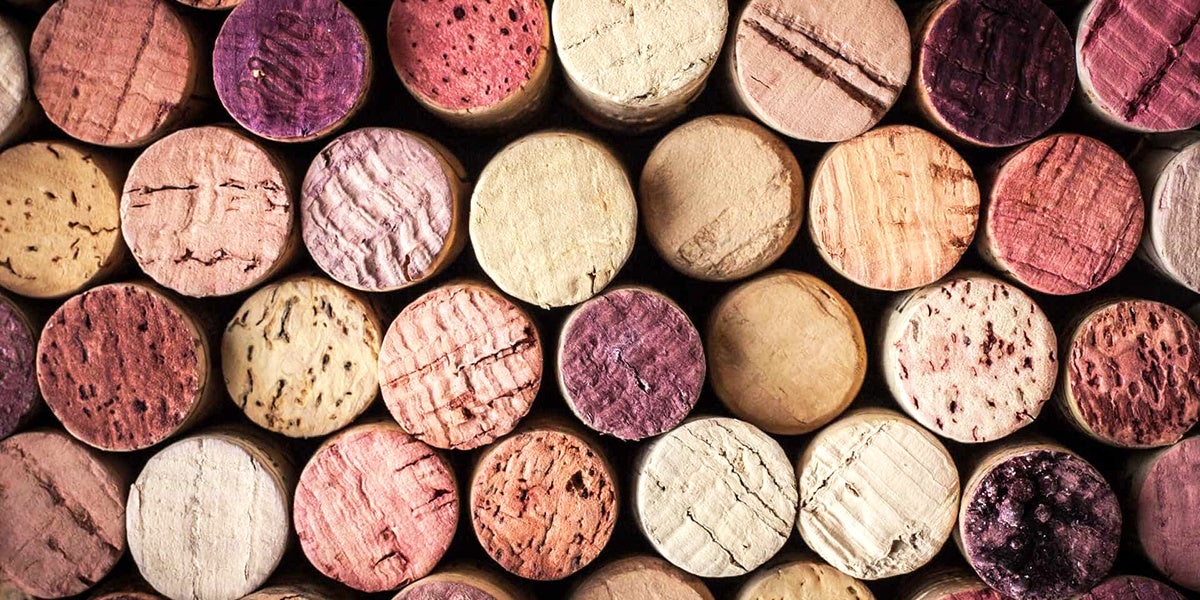 Christmas is just around the corner and with it flying reindeer and over-sized turkeys, carol singing and tinsel covered trees. The holiday season also means wine-drinking (and the younger and more excited your children, the more bottles of wine you’ll likely require). For those of us who imbibe, it’s almost impossible to imagine a Christmas without wine. It would be like a Christmas without a fat man in a red suit trying to squeeze down the chimney.

Speaking of opening bottles of wine, I’d suggest you go and pour yourself a nice big glass and then sit down because—and I’m sorry about this—I’m about to spoil the Christmas spirit by getting all environmental and serious with you.

While wine-drinking is an ancient form of merry-making, the way we cap our bottles of wine is changing. And that could spell bad news for the plants and animals of the western Mediterranean.

That bottle of wine I just asked you to open: What was the stopper made of? Was it a traditional cork stopper? A metal cap like a bottle top? Or an easy-to-open screw cap? Not so long ago, it almost certainly would have been a cork stopper. But today that’s not necessarily the case, and the ever-increasing use of synthetic wine stoppers is threatening the cork-oak forests of the western Mediterranean.

Most of the cork we use as wine bottle stoppers comes from cork-oak forests, but those forests are starting to disappear. There are a number of reasons why. Climate change, increasing forest fires and overgrazing all play a significant part in overall forest loss. But another reason for cork-oak forest decline is that synthetic wine bottle stoppers are replacing traditional cork—which has been used as a wine bottle stopper since the time of the classical Greeks. As this happens, the need for farmers to maintain cork forests decreases, and what was once biologically diverse woodland gets converted to other uses such as mono-crop farming. This might not sound like anything to get too heated up about, but take a deep sip from that glass of wine as I explain why this is alarming.

Today, the Mediterranean cork-oak forests cover some 6.6 million acres of Portugal, Spain, France, Italy and North Africa. Even though the majority of these forests are privately owned and managed, in general they aren’t sole-species forests like, say, a timber farm. Instead, they are very bio-diverse. Intermingled among the cork-oak (Quercus suber) are other kinds of oaks, as well as pines and sometimes even wild olive trees. More than 130 different plant species can be found within less than one square mile of a healthy cork-oak forest. But it’s not just the trees and flowers that love a good cork-oak forest. Wildlife is often abundant; cork-oak forests are a critical habitat for such endangered species including the Iberian lynx, Iberian imperial eagle and Barbary apes and deer. Scientists consider Mediterranean cork-oak forests among the most bio-diverse forests in the world. The United Nations has classified them as one of the planet’s “25 Biodiversity Hot Spots.”

But it’s not just plants and animals that benefit from cork-oak forests—people do, too. Cork-oak forests do a sterling job of absorbing all that nasty carbon dioxide we keep insisting on pumping into the atmosphere. In Portugal alone (which is the country with the largest share of cork-oak forest), some ten million tons of CO2 are absorbed by cork oak trees annually. And harvesting cork is totally sustainable. The cork is merely the spongy bark of the tree, and when harvested the tree isn’t felled or killed. Instead, the cork is carefully pried off the tree in huge sheets. A new layer of cork then slowly regrows around the tree until, about nine years later, the cork can be harvested again.

With cork-oak trees living on average for 200 years, a single tree can be harvested up to 16 times. Each time the cork re-grows, it absorbs an additional 10 tons of CO2. Unfortunately, in this age it seems a tree has to do more than just help keep human civilization alive and well in order to justify its existence. It also has to generate money. Cork oaks do that as well. The European cork industry generates around €1.5 billion annually and directly employs an estimated 30,000 people (as well as many thousands more indirectly in industries like nurseries, transportation and research).

Given these various benefits, why are cork stoppers vanishing from our wine bottles and being replaced with synthetic versions? There are a couple of reasons. One is cost. It’s simply cheaper to close a bottle with a screw cap or metal stopper. The bigger reason, however, is some winemakers’ concern about “cork taint” in wine. Cork taint occurs when a natural compound called Trichloroanisole (or TCA) is created inside the bottle, giving wine a certain musty smell an flavor.

For many winters, wine sellers and drinkers, these two reasons have been enough to encourage a mass conversion from traditional cork to synthetic stoppers. Though the transition began some 15 years ago, few wine drinkers appear to have given the issue much thought. They should. Because it turns out though that, along with potential deforestation, there are other significant environmental problems associated with the use of synthetic wine stoppers.

According to the Cork Forest Conservation Alliance, producing one screw cap wine stopper creates 24 times more CO2 than producing one cork stopper. And while screw caps or synthetic corks require more energy to produce, a natural cork can also claim some carbon offset benefits, since the parent tree stays alive. Also, unlike natural corks, many synthetic wine stoppers are made from materials that are not biodegradable and are not sustainably sourced.

As you pour yourself that second glass of wine, maybe you’re thinking, “Well okay so it’s environmentally better to use natural cork stoppers, but what about the wine taint issue?” Well, here’s some good news. Over the past decade the cork industry has spent significant resources improving the cork closure manufacturing process. Today wine taint from bottles closed with natural cork is down to just 1 percent. And that’s something worth drinking to.