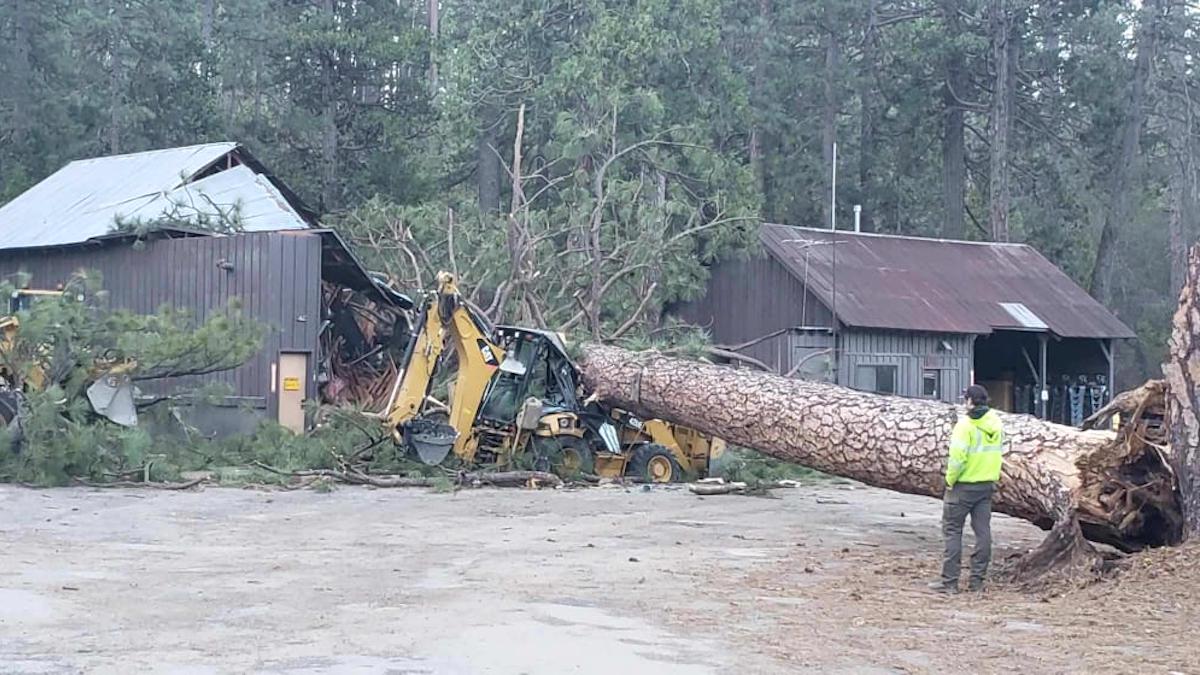 California‘s iconic Yosemite National Park will remain closed until at least Saturday, Jan. 30 after a windstorm caused millions of dollars of damage in the park and toppled two giant sequoias.

The storm that struck Yosemite also battered most of California beginning Monday, Jan. 18, The Associated Press reported. It toppled trees and power lines. Around 300,000 homes and businesses lost power from the storm directly, while tens of thousands of people had their power shut off by utilities to prevent wildfires.

Yosemite spokesman Scott Gediman told The Sacramento Bee that the storm was the biggest he had observed in his 25 years of working for the park, in terms of both wind speed and damage caused.

Yosemite originally said it would reopen Tuesday, Jan. 26, but announced Monday it would delay its reopening until at least Saturday.

Yosemite will remain closed at least until Saturday, January 30. Park staff continue to work toward restoring safe conditions after last week's Mono wind event. When the park reopens, it will be open 24 hours a day. Areas south of Yosemite Valley will remain closed. pic.twitter.com/JDjuFCE2nw

The storm hit Yosemite the night of Jan. 18, The Associated Press reported. The winds knocked over hundreds of trees in the park, according to The Sacramento Bee. The fallen trees included two giant sequoias from the lower grove of Yosemite’s Mariposa Grove of Giant Sequoias, Gediman said.

Fallen trees in the lower grove also crushed a boardwalk and bathroom that had been added during a million restoration completed in 2018. All told, Gediman estimated that damage to vehicles, employee homes and facilities was in the millions of dollars.

Gediman said the hardest hit area was the Wawona community, which saw wind speeds of up to around 80 miles per hour. It was still without power three days after the storm.

Yosemite National Park will remain closed at least until Tuesday, January 26, as a result of damage to park facilities caused by this week’s Mono wind event. pic.twitter.com/bKbhnwBFOK

Fortunately, no one was injured in the area, and the closure comes during a slow time for Yosemite. The park usually sees fewer visitors in the winter, and this year numbers are even lower because of the coronavirus pandemic. Before the storm, the park was only open for day visitors, and lodges and campgrounds were closed.

When the park reopens, it will be open for 24 hours a day, the park said on Twitter. However, not every part of the park will open at once. The Yosemite Valley Lodge and the Ahwahnee will open Feb. 5, and the Upper Pines Campground will open on Feb. 8.

Areas south of Yosemite Valley, including Wawona and Mariposa Grove, will stay closed until further notice, the park said.