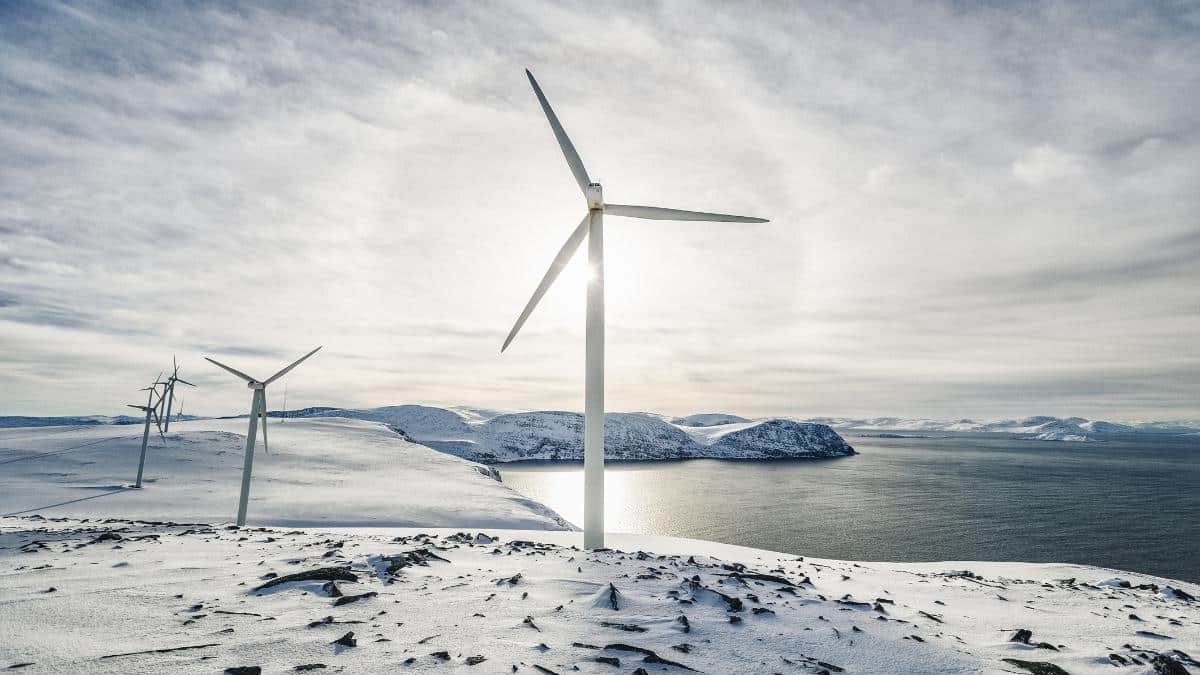 Even light icing can produce enough surface roughness on wind turbine blades to reduce their aerodynamic efficiency, which reduces the amount of power they can produce, as Texas experienced in February.

Frequent severe icing can cut a wind farm’s annual energy production by over 20%, costing the industry hundreds of millions of dollars. Power loss isn’t the only problem from icing, either. The uneven way ice forms on blades can create imbalances, causing a turbine’s parts to wear out more quickly. It can also induce vibrations that cause the turbines to shut down. In the case of extreme icing, restarting turbines may not be possible for hours and potentially days.

The solution is obvious: de-ice the blades, or find a way to keep ice from forming in the first place. So far, however, most of the strategies for keeping ice off wind turbines blades come from aviation. And airplane wings and wind turbines are built differently and operate under very different conditions.

I am an aerospace and mechanical engineer, and my colleagues and I have been studying wind turbine icing physics over the past 10 years and exploring better solutions for turbine icing protection.

Not All Ice Is the Same

Ice isn’t the same everywhere. It may come from precipitation, clouds or frost. It also freezes in different ways in different climates.

For example, rime icing, formed when tiny, supercooled water droplets hit the surface, usually occurs in regions with relative dry air and colder temperatures, under 20°F. That’s what we typically see in Iowa and other Midwest states in the winter.

Comparing rime ice and glaze ice shows how each changes the texture of the blade. Gao, Liu and Hu, 2021, CC BY-ND

Glaze icing is associated with much wetter air and warmer temperatures and is commonly seen on the Northeast coast. This is the worst type of ice for wind turbine blades. It forms complicated ice shapes because of its wet nature, which results in more power loss. It’s also likely what formed in Texas in February 2021 when the cold air from the north collided with the moist air from the Gulf Coast. While the majority of the power shut down by the storm was from natural gas, coal or nuclear, wind turbines also struggled.

Tempests in a Wind Tunnel

Building a wind power operation that can thrive in icy conditions requires a keen understanding of the underlying physics, both of how ice forms and the performance degradation that results from ice building up on turbine blades.

To explore those forces, we use a special wind tunnel that can demonstrate how ice forms on samples of turbine blades, and fly camera-equipped drones.

Using the Icing Research Tunnel at Iowa State University, my team has been replicating the complex 3D shapes of ice forming on turbine blade models in different environments to study how they affect the wind and the blades. Ice can create massive airflow separation. In airplanes, that’s a dangerous situation that can cause them to stall. In wind turbines, it reduces their rotation speed and the amount of power they can produce. 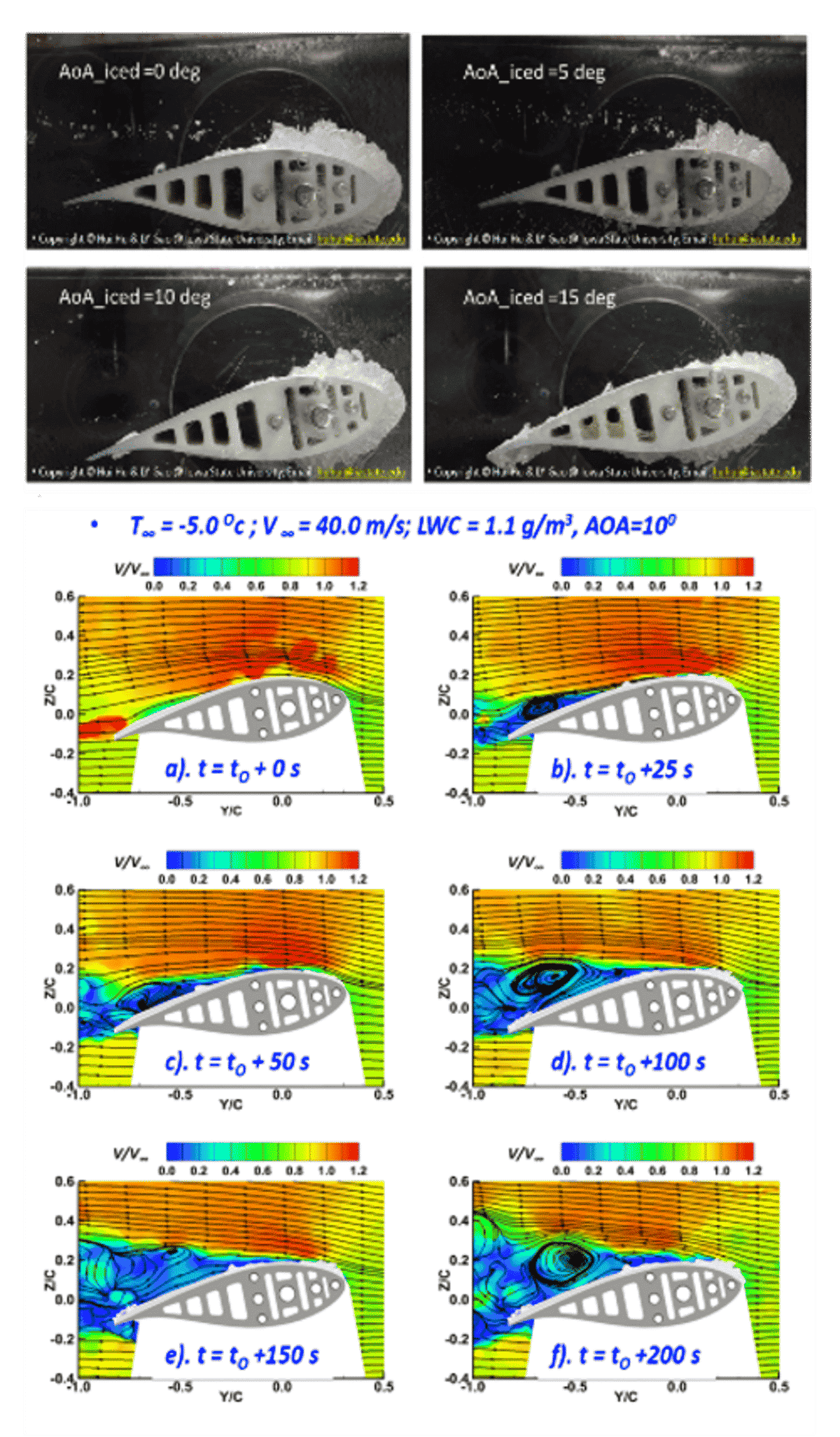 We also study wind turbines in operation around the country as they face some of their toughest conditions.

Using drones equipped with high-resolution digital cameras, we can hover in front of 80-meter-high wind turbines and take photos of the ice right after it forms on the blades. Pairing that with the turbine’s production data shows us how the ice influences power production.

While ice can form over the entire span of the blade, much more ice is found near the tips. After one 30-hour icing event, we found ice as much as a foot thick. Despite the high wind, the ice-heavy turbines rotated much slower and even shut down. The turbines produced only 20% of their normal power over that period. 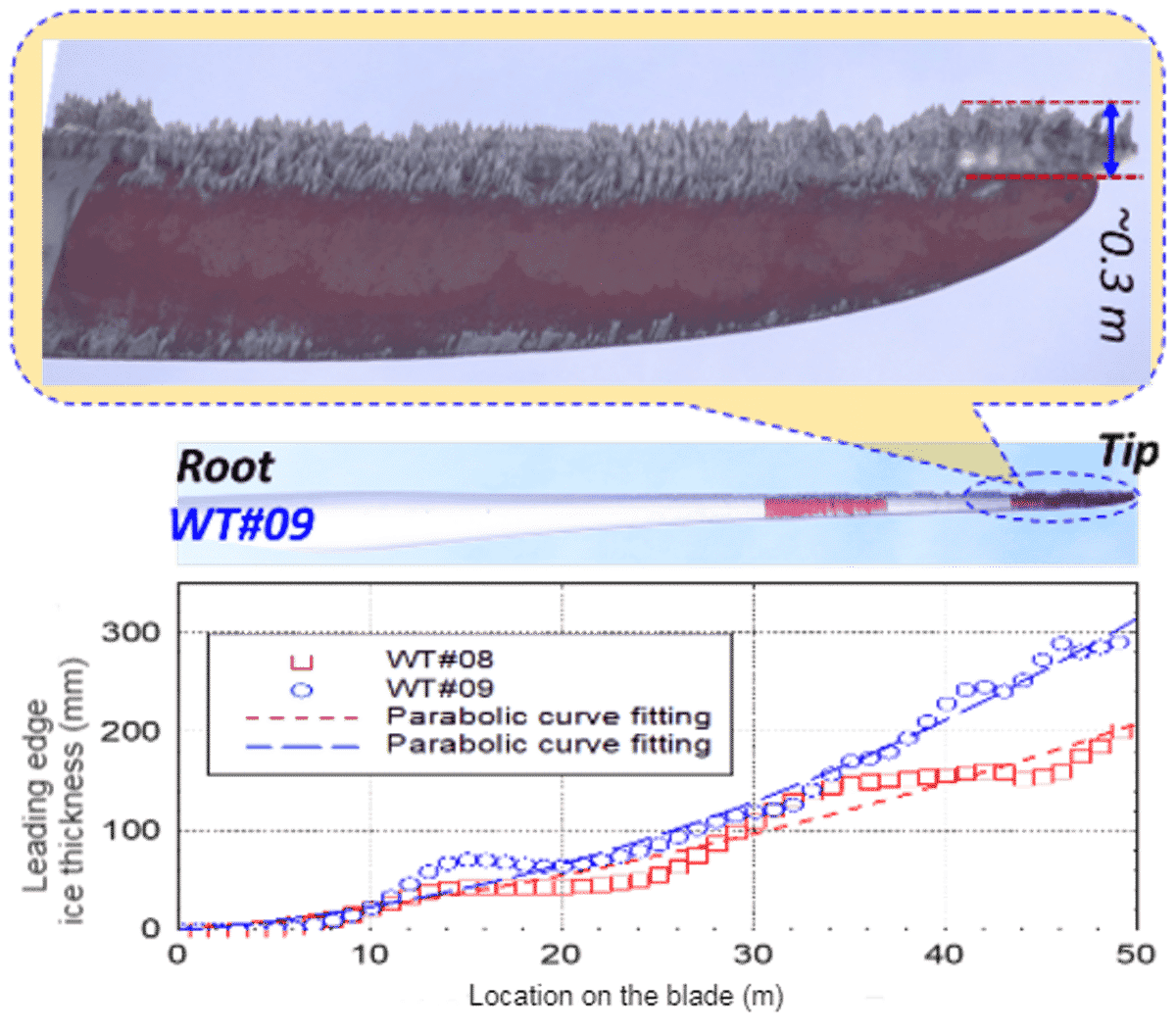 There are a few reasons the strategies that effectively keep ice off aircraft wings aren’t as effective for wind turbine blades.

One is the materials they are made of. While aircraft wings are typically made of metals like aluminum alloy, utility-scale wind turbines are made of polymer-based composites. Metal conducts heat more effectively, so thermal-based systems that circulate heat are more effective in airplane wings. Polymer-based turbine blades are also more likely to get covered by dust and insect collisions, which can change the smoothness of the blade surface and slow water running off the blade, promoting ice formation.

Wind turbines are also more prone to encounters with freezing rain and other low-altitude, high-water-content environments, such as ocean spray for offshore wind turbines.

Most current wind turbine anti-icing and de-icing methods remove ice buildup through electric heating or blowing hot air inside. Heating these massive areas, which are many times larger than airplane wings, adds to the cost of the turbine and is inefficient and energy-consuming. Composite-based turbine blades can also be easily damaged by overheating. And there’s another problem: Water from melting ice may simply run back and refreeze elsewhere.

Another strategy in cold-weather regions is to use surface coatings that repel water or prevent ice from sticking. However, none of the coatings has been able to eliminate ice completely, especially in critical regions near the blades’ leading edges.

My team has been developing a novel method that uses elements of both technologies. By heating just the critical regions – particularly the blades’ leading edges — and using water- and ice-repelling coatings, we were able to reduce the amount of heat needed and the risk of running back water to refreeze over the blade surfaces. The result effectively prevents ice from forming on the entire surfaces of turbine blades.

In comparison to the conventional brute-force surface-heating methods, our hybrid strategy also used much less power, resulting in up to 80% energy savings. Without ice to slow it down, the turbines can produce more power through the winter.

Worldwide, nearly 800 gigawatts of wind power have been installed so far, including over 110 gigawatts in the U.S. alone. As the market quickly grows and wind power supplants higher-polluting energy sources, de-icing and ice-proofing strategies are becoming essential.

Hui Hu is a professor of aerospace engineering at Iowa State University.