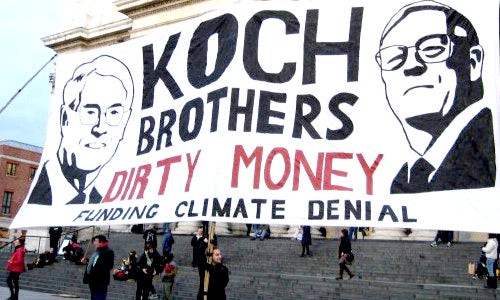 The Institute for Energy Research (IER) has a new study out arguing against tax credits for wind energy on very odd grounds.

Specifically, the study looks into the production tax credit (PTC) for wind energy, which was first passed in 1992, updated by the 2009 stimulus bill, and will probably expire at the end of this year thanks to congressional gridlock.

The study figured out the share of total federal tax revenue paid by the population of each state, and divided the amount of revenue that goes into paying out the PTC amongst the states accordingly. It then compared the amount each state pays to support the PTC with how much benefit from the PTC each state sees. Since wind power is concentrated in a few specific states, some wound up getting significantly more benefit than they paid, and some states got much less. California, for instance, lost almost $196 million more in taxes than it received in tax credits, while Texas got over $394 million more than it paid out. 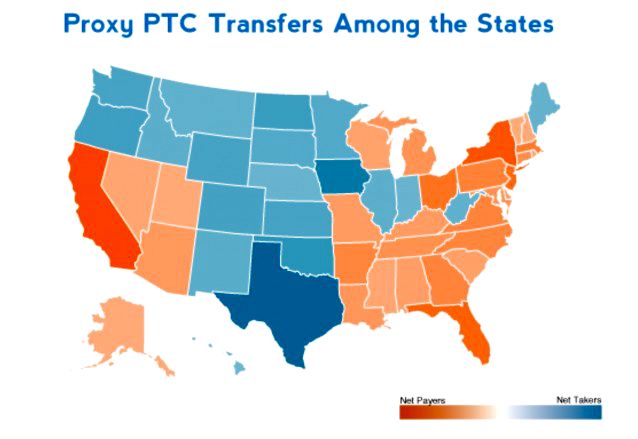 Now, IER is a conservative group, it receives some of its funding from the Koch brothers, and has a long history of pushing fossil fuel interests. At the end of the paper, IER declares that federal wind subsidies “create an unfair redistribution of wealth across state lines that enriches wind companies in select “net taker” states at the expense of taxpayers in other states,” and that “even in states that seem to accrue net ‘beneﬁts’ from federal wind subsidies, these subsidies merely redistribute wealth from taxpayers to wind energy companies.” The American Energy Alliance—IER’s sister organization—took up the cry, promoting the study under the headline “End the Wind Welfare!” And the conservative Washington Examiner ran an ad along the same lines Monday morning.

But one funny consequence of its analysis IER doesn’t mention is that—with the exception of the southeastern states—the “net payers” on its map roughly line up with the blue states in the 2012 election. The top four net payers —California, New York, Florida, and New Jersey—all went blue, suggesting their constituencies are more inclined to support efforts like the PTC to combat global warming and to support renewable energy. Meanwhile, three of the top four net takers—Texas, Oklahoma, and North Dakota—went red, implying they oppose precisely the kind of government intervention they benefit from.

More fundamentally, however, IER’s case proves too much. Most industries are distributed in “clumps” across the country, meaning any effort to aid or support them through tax subsidies will have a similar distributional result as the PTC. The oil and gas industries, for instance, benefit from a wealth of federal tax carve-outs, but the economic activity they generate is concentrated in just a few key states. 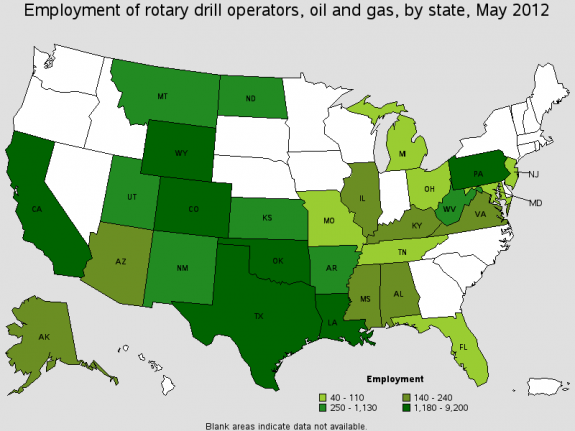 Short of that totalistic position, which virtually no one actually supports, we have to debate each tax subsidy on its individual merits. And the only way to argue against the PTC on that score is to claim burning fossil fuels doesn’t create market externalities, and/or that climate change isn’t a serious problem.

That claim becomes harder and harder to make with each passing year.